FAYETTEVILLE, Ark. (KFSM) — Four veterans who were homeless and without family were laid to rest at the Fayetteville National Cemetery Wednesday (Dec. 11). “Nob... 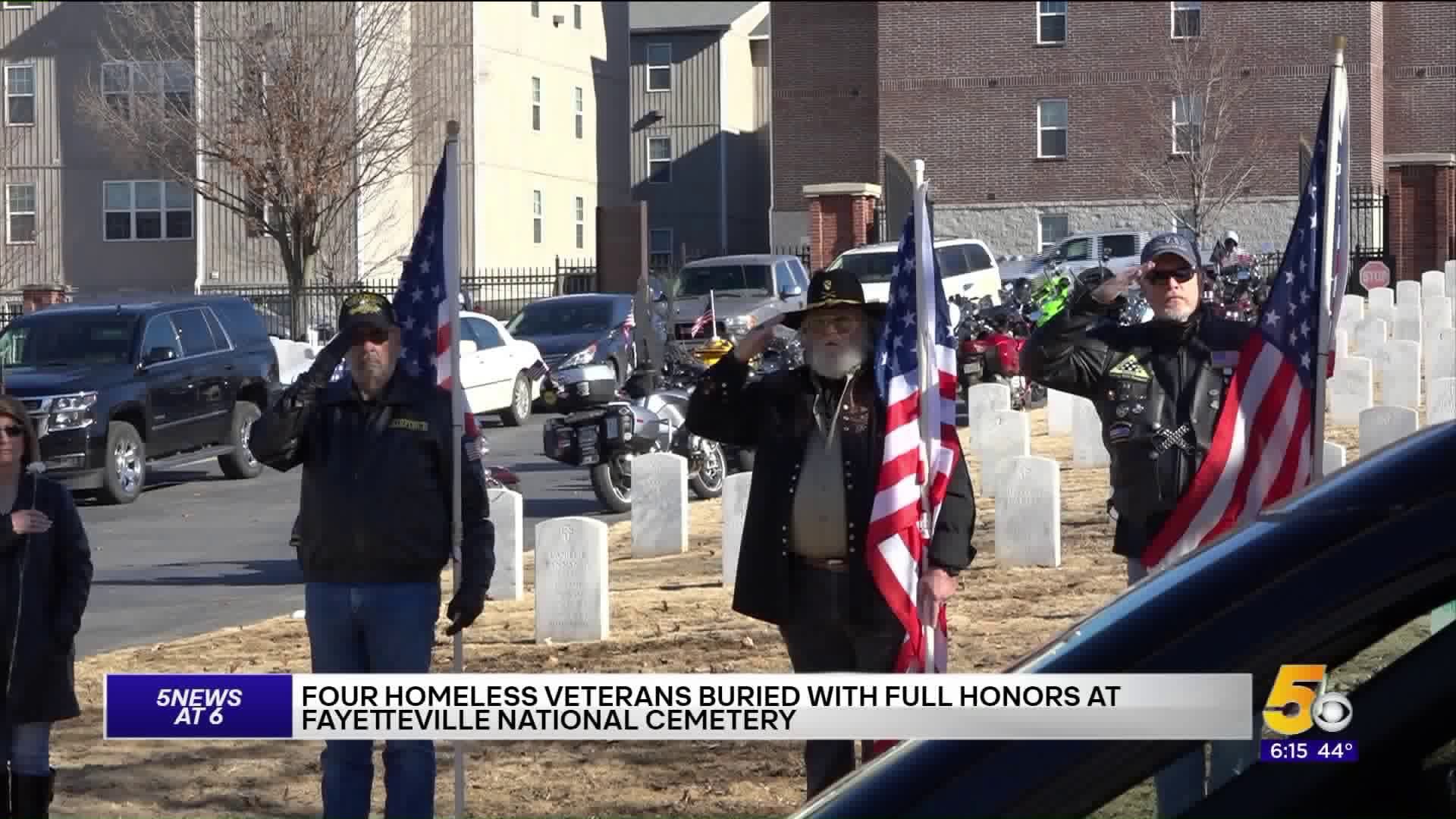 FAYETTEVILLE, Ark. (KFSM) — Four veterans who were homeless and without family were laid to rest at the Fayetteville National Cemetery Wednesday (Dec. 11).

“Nobody should be without a family. So, as you could see from the turnout, we had a pretty big family today,” Gregory Weeks said.

Weeks is with the Patriot Guard Riders of Northwest Arkansas and came out with 20 of his brothers to escort the vets. He says the four veterans served our country, so they deserve to be honored by all of us.

“When you pass away there is no one to claim you," Weeks said. "When you’re doing your last thing, that’s being buried, you are all alone. It’s a really sad thing to happen.”

Robert Wiggs is with the Honor Guard and says it was an honor to be part of the four veterans' service.

“Here is four people who lost their lives and they fought for our country and they stood for something and anybody that stands up for our country, I’m just thankful for them,” Wiggs said.

After some research, officials learned of four veterans, three served in Vietnam and one in the Persian Gulf.

After a lot of research, he was finally able to figure out these four men were veterans. He says without these men we wouldn’t be able to do what we do today, and they deserved a proper burial.

“I’d see them sitting there in my office and I just couldn’t bury them in a paper cemetery. It bothered me, so we just kept digging," Morris said. "Unfortunately, it takes time and I had some sitting there for the last five years, but the thought of putting where they didn’t deserve to be, we couldn’t do it.”