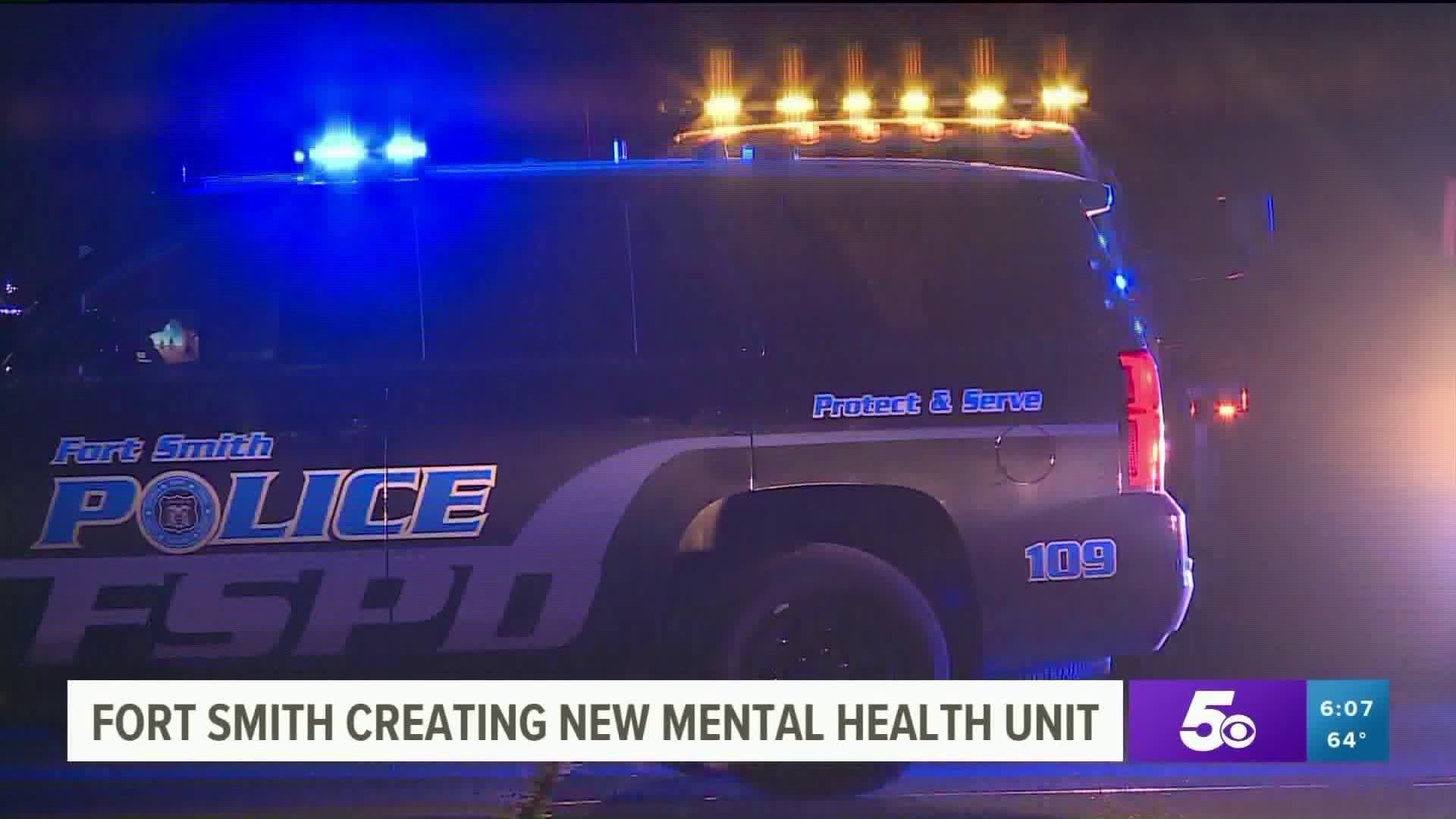 FORT SMITH, Ark. (KFSM) — The Fort Smith Police Department will launch a Crisis Intervention and Mental Health Unit in the second quarter of 2020.

FSPD Command Staff spent months developing the plan that will represent a philosophical shift in law enforcement response to behavioral health and substance use disorder incidents.

“We recognize that police-related incidents and arrests involving citizens with mental health issues can be reduced or prevented through early intervention,” said Fort Smith Chief of Police Danny Baker “We must look at ways of dealing with these issues other than incarceration.”

According to the National Alliance on Mental Illness (NAMI), 37% of people incarcerated in state and federal prison have a diagnosed mental health condition; 70% of youth in the juvenile justice system have at least one mental health condition; 20% of people experiencing homelessness have serious mental illness; and one-in-eight of all visits to US emergency rooms are related to mental and substance use disorders.

“The need has been clear for quite some time, and that’s why Chief Baker and the rest of our department has embraced Crisis Intervention Training (CIT) for our officers over the last few years,” said Deputy Chief Waymon Parker. “We are working closely with the Five West Crisis Stabilization Unit on this, and we’ve managed to have more than 40 of our Officers complete the 40-hour block of CIT thus far. Our goal is to eventually have all of our officers and dispatchers CIT-certified.”

Functionally, the Mental Health and Crisis Intervention Unit will consist of two officers to be named by March 1, 2020, with two additional officers to join the effort once the Unit is up and running for a total of four.

The officers will operate under Special Operations alongside the FSPD Motors Unit and will assist both Field Operations and Criminal Investigations as needed. Scheduling will be shifts of two on Sunday through Thursday, 8 a.m.-4 p.m., and Tuesday through Saturday, 11 a.m.-7 p.m

Primary job functions will include but not be limited to the following:

• Citizens who frequently call 911, FSPD non-emergency numbers, administrative staff, etc., that appear to have mental illness or who are seeking solutions and/or support for mental illness

“I’m very proud of the work Staff has done on this initiative over the last few months as well as the willingness of the men and women of the Fort Smith Police Department to embrace the concept agency-wide,” Baker added. “I believe we can set an example for how 21st Century law enforcement agencies should be addressing mental health issues in their communities."

"There’s nothing criminal about having a mental illness, and we want to do our part in getting our fellow citizens and their families the support and resources needed to address it without incarceration being a part of the conversation," Baker said.

“We are excited as a City to see policing move in this direction and are beyond thrilled to have a forward-thinking Police Department leading the way with a Unit that will make mental health a priority for our citizens and set an example statewide and nationally to show that there is another way of addressing these issues — one that doesn’t punish people or families for issues that are so often beyond their control,” said Fort Smith City Administrator Carl Geffken.