FORT SMITH, Ark. (KFSM) — A Fort Smith native and University of Arkansas graduate is taking her talents to the national level during the 18th season of Project ... 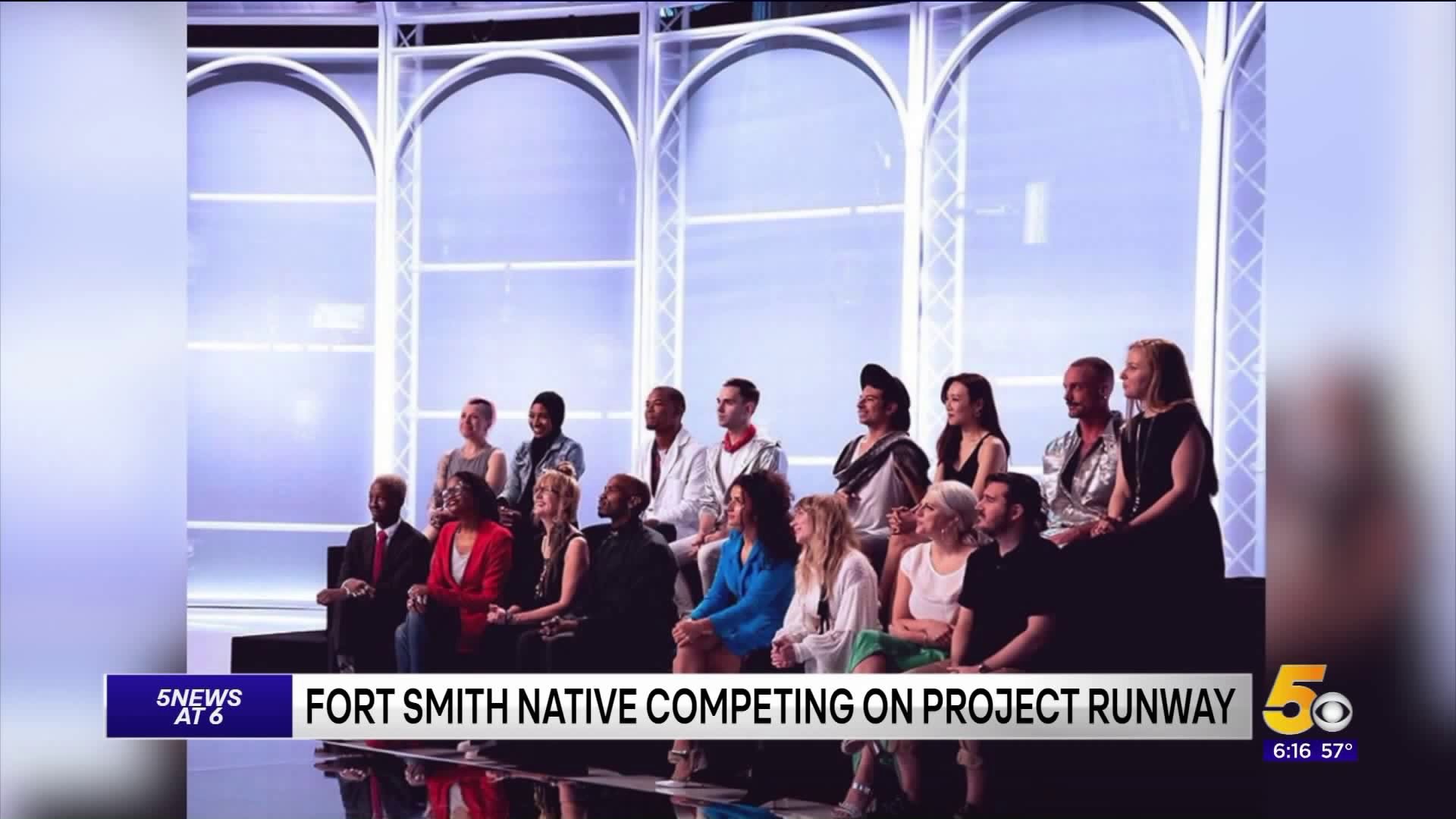 FORT SMITH, Ark. (KFSM) — A Fort Smith native and University of Arkansas graduate is taking her talents to the national level during the 18th season of Project Runway.

Brittany Allen is one of 16 fashion designers from around the country competing on the television show, which premieres Thursday (Dec. 5) on Bravo.

After graduating from Southside High School in Fort Smith, she went on to the University of Arkansas where she received her Bachelor's Degree in apparel studies.

"I started out as a pre-nursing major, failed anatomy, and decided that wasn't the career choice for me so I switched to apparel studies because I really love fashion. And actually, I had never learned to sew, so I took a sewing class and really fell in love with it," Allen said.

She later got her Master's Degree in fashion design from the Savannah College of Art and Design and went on to work for several brands, including Cirque Du Soleil and well-known fashion designer Betsey Johnson.

"I actually got the opportunity to work with Betsey Johnson in New York City at her showroom, and I actually was asked to bar-tend her 69th birthday which was super exciting," Allen said. "I wasn't your typical intern where I would pick up coffee, it was definitely a hands-on experience."

While working for Fayetteville-based Acumen brand, she designed a pair of boots that went viral on the internet when they were worn by rocker Jon Bon Jovi.

"That was a really big moment because it hit Facebook and Instagram and Twitter and people were going off and people were like, 'Oh my gosh, Bon Jovi!' and I'm like 'yeah I know'," she said. "I literally grew up listening to Bon Jovi so this is a very surreal moment. It took a long time for it to really set in, but that was really big."

The 30-year-old describes her fashion line as very feminine and uses powerful shapes in her designs.

"I love bright colors, I love bright prints, I say that it's like classy and tacky at the same time," Allen said. "My motto that's kinda followed me around is if Betsey Johnson and Dolly Parton had a baby, and then that baby was raised by Anna Wintour, that would be my brand."

She says she hopes that by being on Project Runway this season will give her the voice that she otherwise wouldn't have.

"A lot of people view the fashion industry or a career in fashion as oh you know she's just some chick working in fashion and it's super easy, and that's not the case," Allen said. "It's one of the hardest jobs that I've ever had. It's exhausting, but it's so rewarding as well."

Besides getting the opportunity to have their designs on the catwalk, the winner of Project Runway will also earn a grand prize of $250,000, a feature in Elle Magazine and a mentorship with the council of Fashion Designers of America and other accolades.