Diaz was tracked down and arrested outside of Kansas City Missouri this morning (Aug. 15). 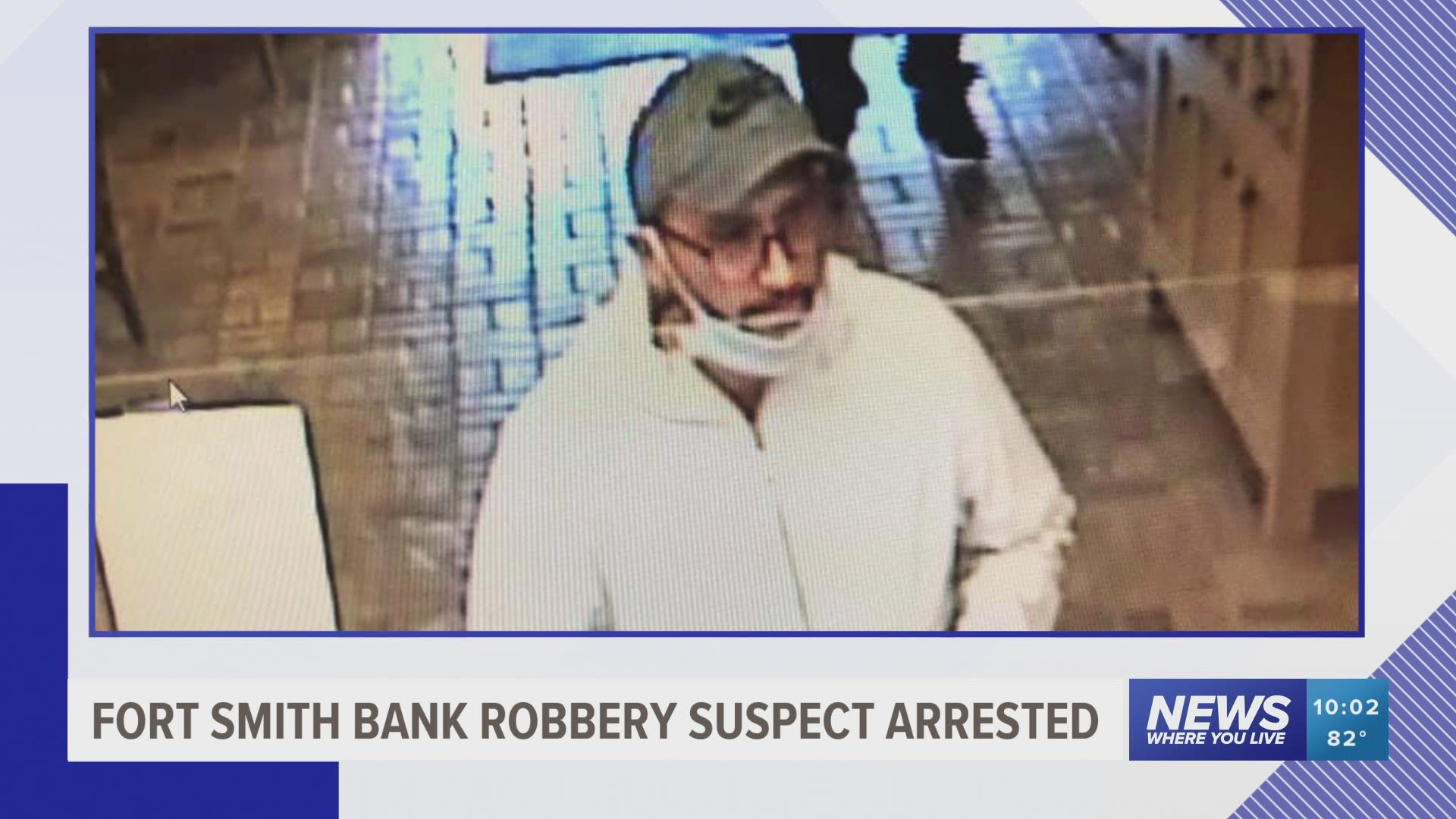 FORT SMITH, Ark. — The United States Marshals Service in Kansas City, Missouri arrested a man who was wanted in Fort Smith on suspicion of robbing a bank.

Mauricio Diaz was wanted by Fort Smith Police for Aggravated Robbery at Armstrong Bank. The bank was robbed Tuesday (Aug. 11). Diaz was tracked down and arrested outside of Kansas City Missouri this morning (Aug. 15).

Diaz also has a federal warrant for probation violations out of Tulsa, Oklahoma, and is also a suspect in a bank robbery in Springdale, Arkansas that occurred earlier this month.