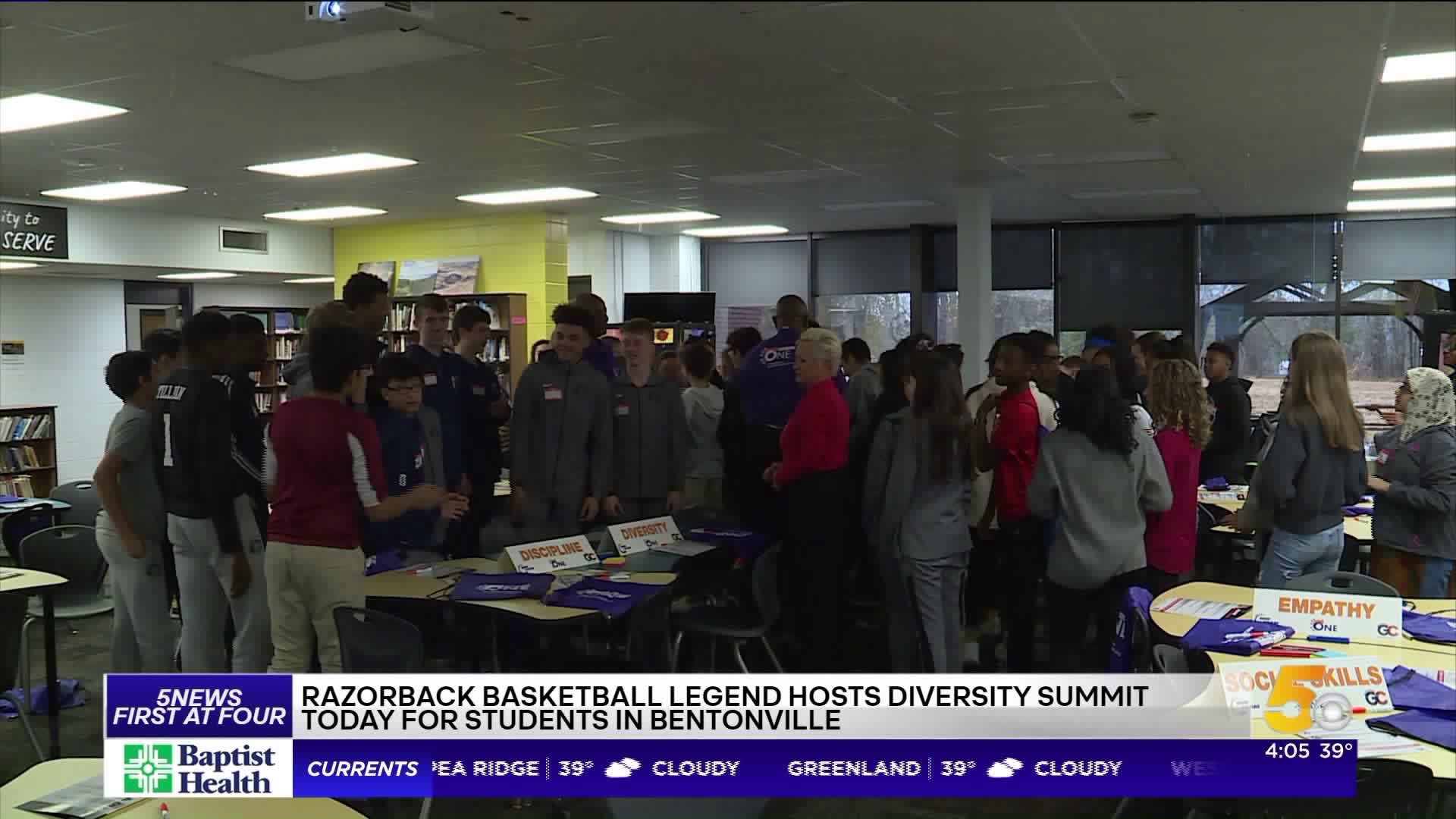 Around 40 students sat inside the library at Lincoln Junior High to learn about the importance of diversity and inclusion.

“We hope to improve their ability to communicate, build relationships and engage with people who don’t look like them,” said vice principal Tacuma Williams.

NBA start and former Razorback Sidney Moncrief spent the day with seventh and eighth graders from Bentonville schools talking about diversity and inclusion.

The students were chosen by teachers to participate in the Game Changer Diversity Summit.

“A lot of times we talk about diversity and inclusion but we don’t do engaging workshops about it and there’s so much progress we can make in that area,” Williams said.

Williams says the students are also learning a number of skills at the summit.

“The first part is learning about simple things as well like shaking a hand," Williams said. "Simple things like that and developing that skill a skill again we like to focus on in our district.”

The theme today was "We Are One" and during the summit students learned the significance of empathy, soft skills and discipline.

Moncrief says he hopes students take away one short message from the summit.

"The takeaway would be use your smile, be nice and learn to respect others,” he said.

Bentonville school officials say they plan to make the summit an annual event.