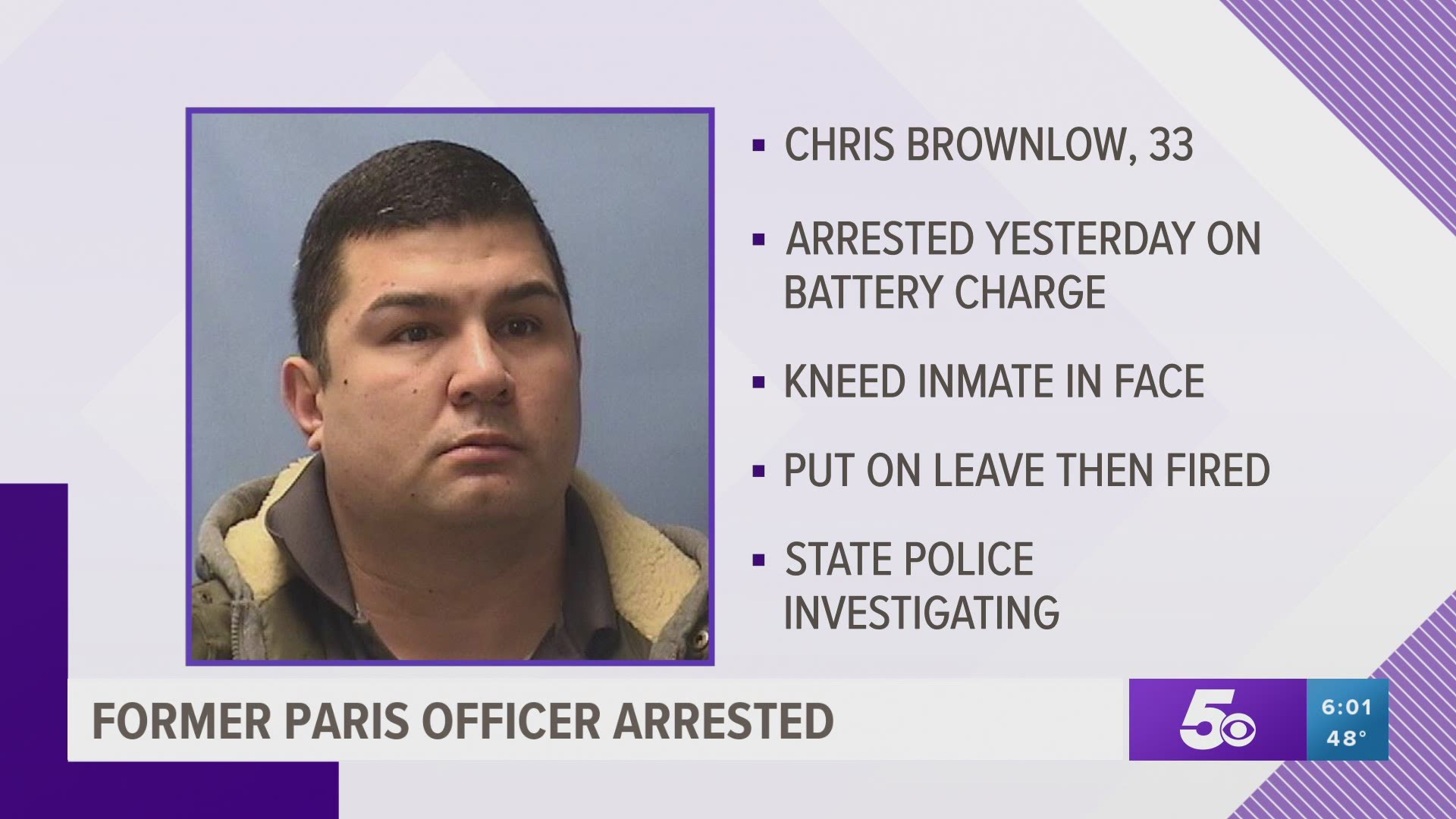 PARIS, Ark. — A former Paris police officer was arrested for Second-Degree Battery after allegedly using force on an inmate during an altercation at the Logan County Detention Center.

An arrest warrant was issued for former officer Christopher Brownlow after an incident that reportedly happened on September 14, 2019. According to the report, a man and woman were arrested after a domestic call and put into separate cells at the Logan County Detention Center.

The arrest affidavit states that while the man was in custody, former officer Brownlow entered his cell, insisted that he must cuff the man to a chair, and then kneed him in the face without warning, and for no apparent reason.

According to the warrant, the man was lying on the cot in the cell during the incident. The other officer who was there to question the suspect stated he did not ask Brownlow to enter the cell.

The man reportedly had seven fractures to his face and had surgery to put a titanium plate and screws implanted where Brownlow allegedly injured him, the report states.

Detention video that captured the incident was retained along with medical records that corroborated the witness and victim statements, according to the arrest warrant.

Paris Police Chief John O'Brien says officer Brownlow was placed on leave in September of 2019 after the incident and was fired on Jan. 6, 2020.

O'Brien says that after he heard about the incident, he told the prosecutor that Arkansas State Police should investigate the incident.

According to O'Brien, Brownlow was arrested on Tuesday, Feb. 18, for Second-Degree Battery and booked into the Logan County Detention Center. He has since been released on bond.

His court date is set for March 13th in Logan County.