FAYETTEVILLE, Ark. (KFSM) — A former Fayetteville firefighter who tried to meet a 14-year-old girl for sex has been indicted for attempted online enticement of ... 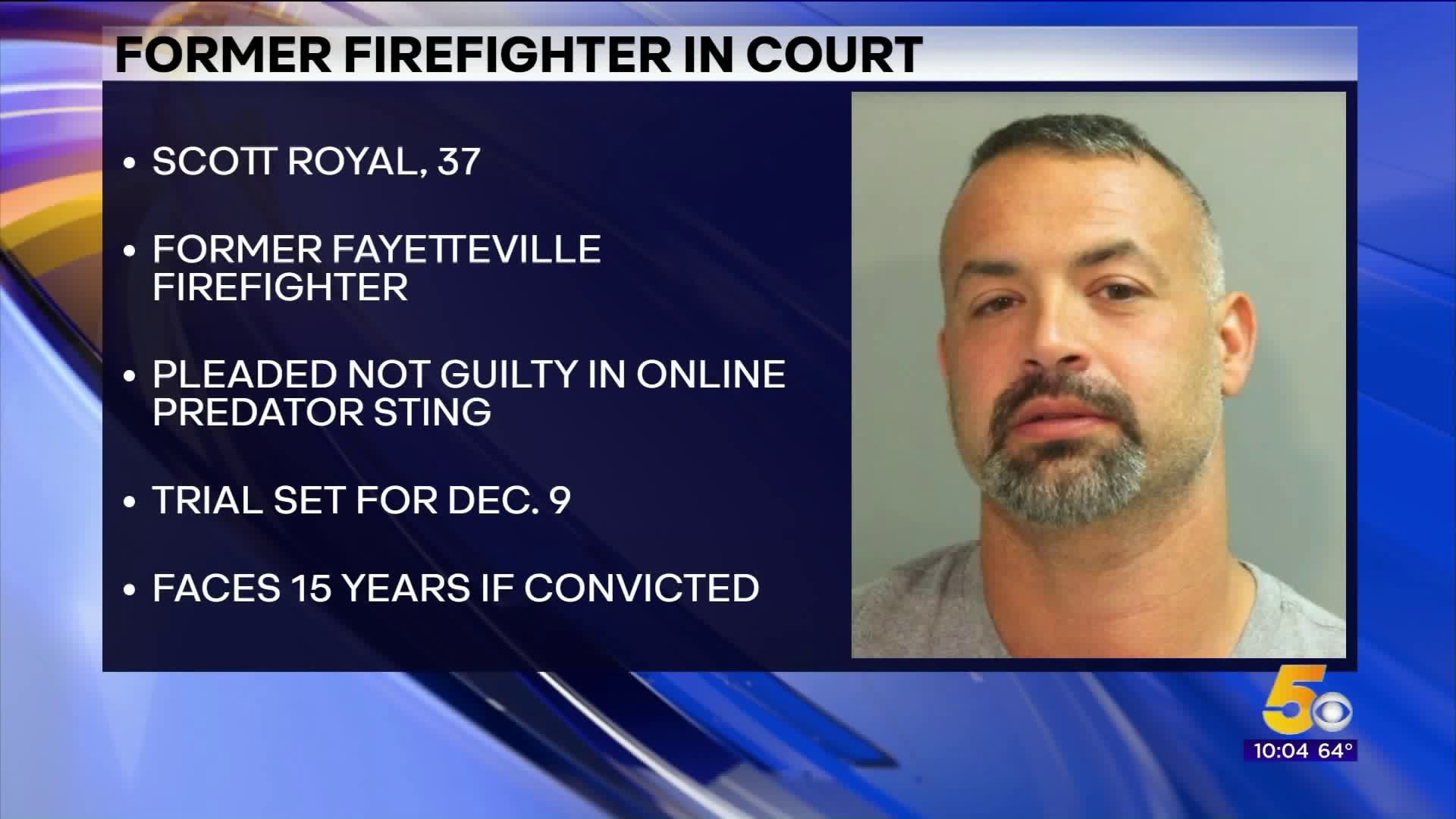 FAYETTEVILLE, Ark. (KFSM) — A former Fayetteville firefighter who tried to meet a 14-year-old girl for sex has been indicted for attempted online enticement of a minor.

Scott Royal, 37, of Springdale pleaded not guilty Tuesday (Oct. 15) in U.S. District Court. His trial is set for Dec. 9.

Royal faces up to 15 years in prison if convicted.

Royal was caught in a joint operation between HSI and Arkansas State Police targeting online predators during the Bikes, Blues and BBQ motorcycle rally.

Royal responded in September to a Craiglist ad set up by an Arkansas State Trooper who was posing as an underage girl, according to court documents.

Over a week-long period, Royal used an online alias to exchange more than 100 emails discussing "specific details of performing sexual activities" and arranged a meeting to have sex with the teen.

Royal was arrested when he arrived at the pre-arranged meeting site, according to court documents.

Agents said Royal admitted to using the alias "Jim Bass" to set up the meeting. He also said he was a firefighter at a department in Northwest Arkansas.

Royal resigned from the Fayetteville Fire Department earlier this month, according to Fire Chief Brad Hardin.

Royal is free on a $5,000 bond but must be inside a relative’s home 24 hours a day. He’s only allowed to leave home for “medical necessities,” court appearances or other activities approved by the court.

He was also ordered to turn over his passport, forbidden from using devices with Internet capabilities and barred from contact with minors outside of supervised visits with his children