What to do with fireworks after the fourth

With many people having firework shows at home, there’s more potential of fires from improper firework disposal. 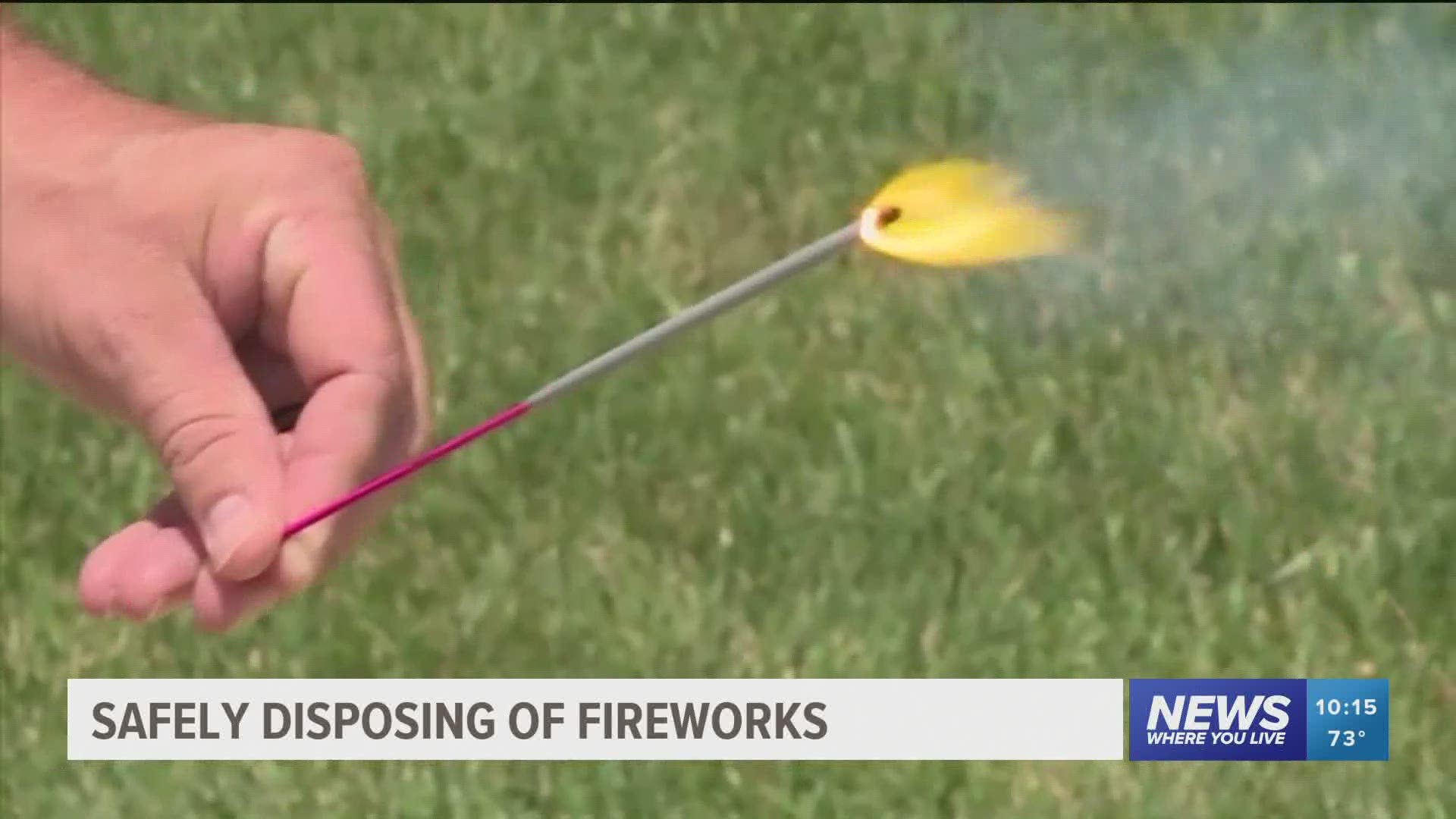 "The skies of Northwest Arkansas were definitely lit up with color last night," said Keeley.

“With shows being canceled, people said this is the year for the backyard show,” said Keeley.

With many people having firework shows at home, there’s more potential of fires from improper firework disposal.

“It’s not uncommon in some years for us in some years to see some rekindled fireworks people thought were out they chose not to soak real thoroughly and low and behold it catches their trash can on fire,” said Jenkins.

Rogers Fire Chief Tom Jenkins says after using your fireworks it only takes a few extra steps to keep yourself and neighbors safe this weekend.

“Wet them down, bag them, seal it, throw it away and everyone  is happy,” said Jenkins.

If you don’t use all of your fireworks and want to get rid of them you can take them to a firework stand or your local fire department...but if you choose to store them for a later date make sure it’s in a cool, dry area.