PRAIRIE GROVE, Ark. (KFSM) — Rockhill Studios has brought the filming of another movie to Northwest Arkansas. The film crew wrapped up shooting the feature film... 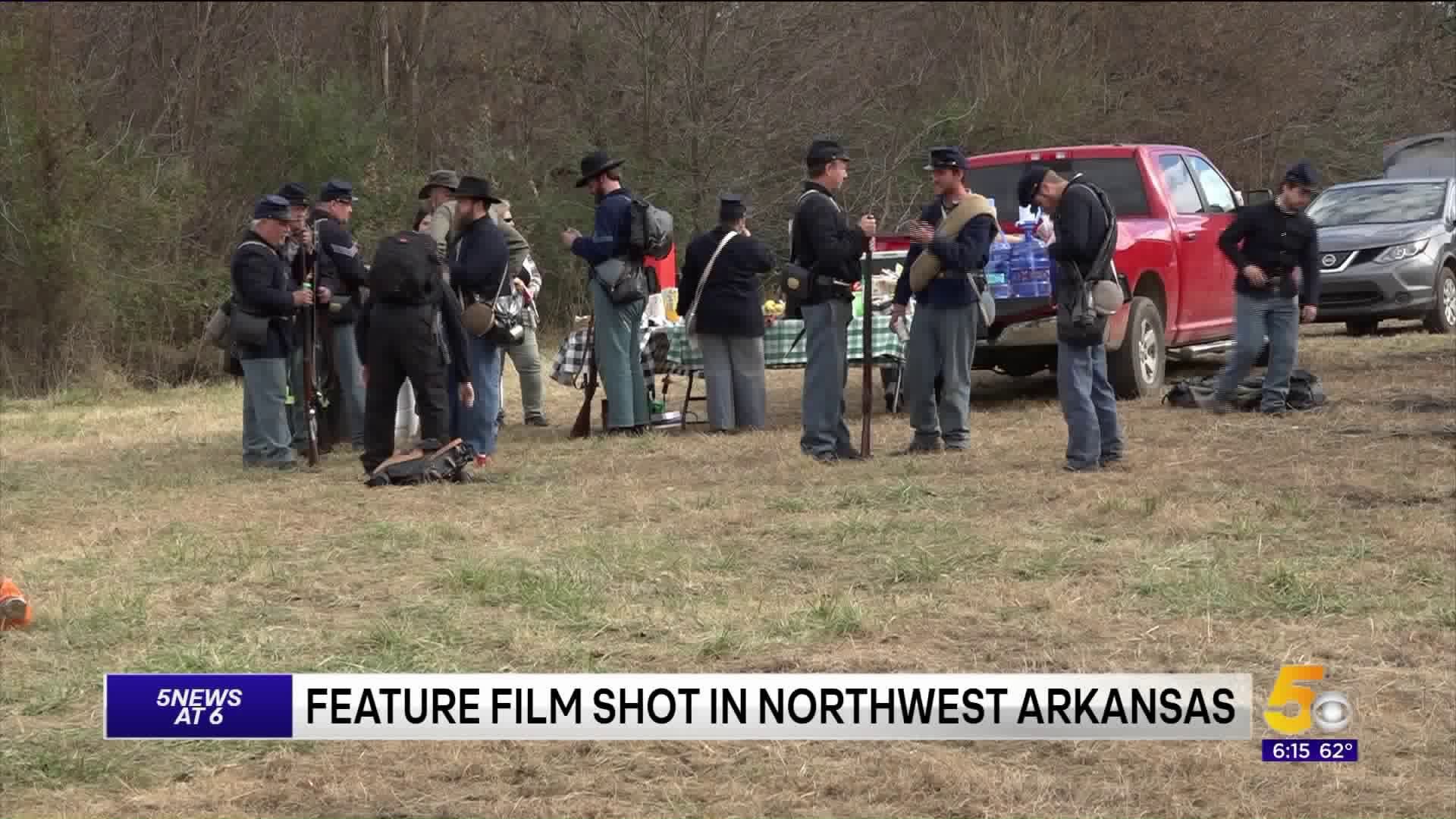 PRAIRIE GROVE, Ark. (KFSM) — Rockhill Studios has brought the filming of another movie to Northwest Arkansas.

The film crew wrapped up shooting the feature film Wednesday (Nov. 20) at some historical locations.

The feature film, ‘Freedom’s Path’ is set during the Civil War and centered around the story of a young Union soldier who gets injured during battle and is rescued by a group of runaway slaves.

“He ends up helping facilitate the underground railroad. And the story is really centered around his relationship with a young runaway slave and so we see him realize what he had be fighting for the whole time,” producer AJ Winslow said.

Winslow says they started six weeks ago and the movie was shot completely in Northwest Arkansas with most of it being filmed in the War Eagle area, some scenes in Cane Hill and then at the Prairie Grove Battlefield State Park. He says the director really wanted to film in the region where the Civil War took place.

“Some of these younger film states have really hungry crews and there is enough infrastructure here that we were able to source some really outstanding crew, knowledgeable crew and just really hardworking,” Winslow said.

Freedom’s Path cast a lot of actors and extras from Northwest Arkansas. The film will feature close to 100 reenactors who live in our area.

Robert Kroening is one of those Civil War reenactors and was asked to help with costumes for the film. Then they brought him on as an extra.

“Doing something like this was completely new to me and it’s been a very interesting learning experience to say the least,” Kroening said.

Andy Patrick says being an extra and helping with costumes has been a lot of work.

“We as patrons go to the movies and watch the final product but a lot of people don’t realize the long hours and the confusion and the frazzled nerves it takes to put something together in bits and pieces to make an entire movie,” Patrick said.

Arkansas is a younger film state and offers a great tax rebate for filming here.

When and where the movie will premiere has not been realized, but there is a good chance it will be shown during one of our local film festivals.