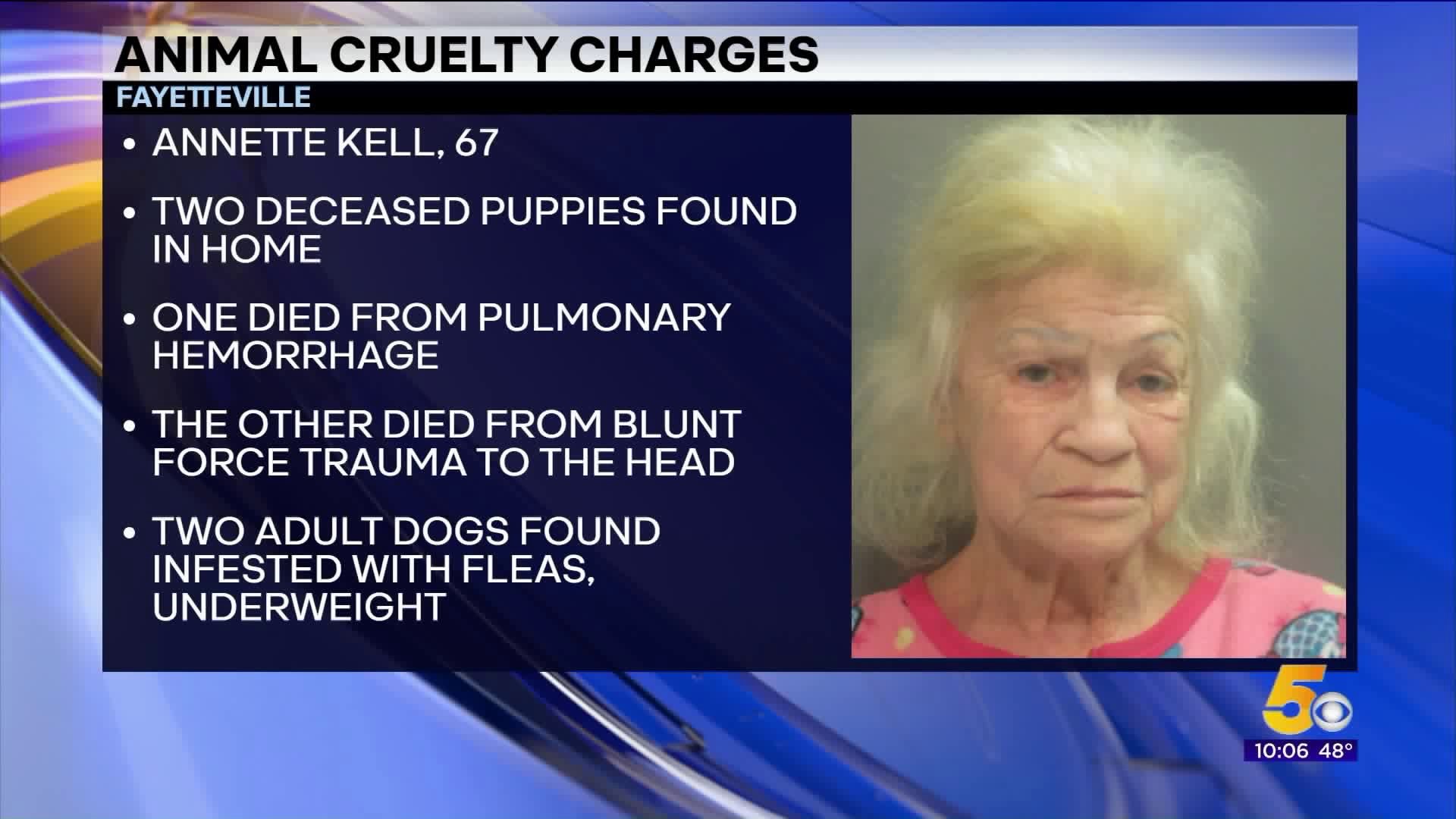 According to an arrest affidavit, on July 30 Fayetteville Animal Service received a call from the Recycling Department of Fayetteville stating that Annette Kell, 67, called and asked if they would pick up a dead dog.

Due to the nature of the call, a condition check was conducted. When animal control officers got to the home, Kell let them inside where they saw a deceased puppy curled up on the couch, the affidavit states.

It was later determined this puppy had died from a pulmonary hemorrhage. According to Kell, she had either accidentally laid on or sat on the pup.

Another deceased puppy was found behind the television stand by Animal Services. According to the report, the second deceased pup's cause of death was later determined to be blunt force trauma to the head. Kell did not have an explanation for the second puppy's death.

Two adult dogs in Kell's care were found infested with fleas, underweight and "appeared afraid of her behavior," according to the report.

Kell was booked into the Washington County Jail on Sunday, and was released on bond Tuesday (Dec. 31).

She is due in court on January 15.