UPDATE: The suspect is now in custody. 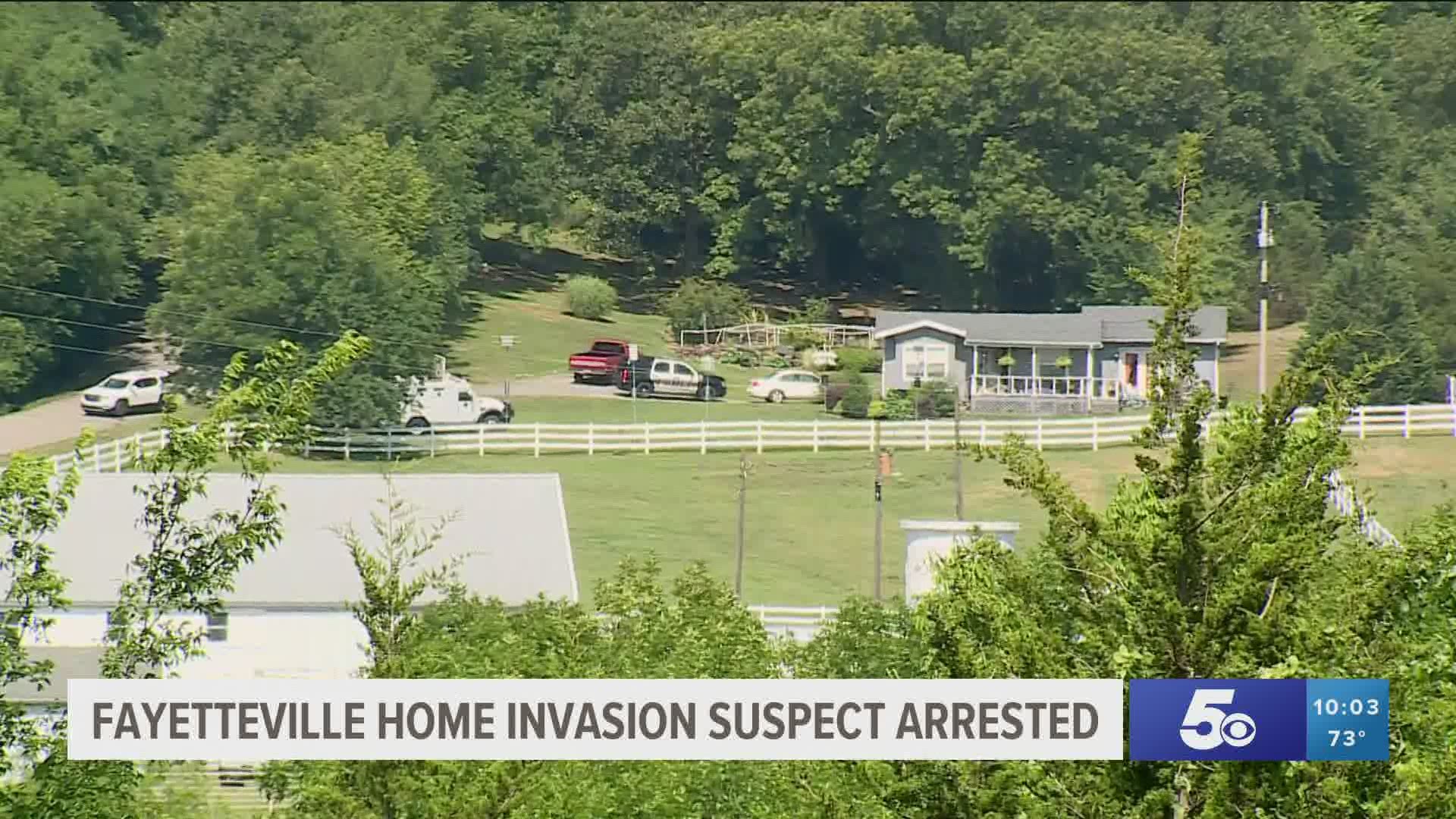 FAYETTEVILLE, Ark. — Fayetteville Police responded to the area of Sunrise Mountain for a shooting at approximately 6:30 a.m Friday (July 3) morning.

Further investigation by officers found there was a home invasion where Josh Watkins, 31, was seen holding a female hostage.

Fayetteville Police Department’s Emergency Response Team and Crisis Negotiation Team soon responded and contact was made with the suspect.

They made contact with Watkins through the phone and were able to negotiate the release of the victim after almost 4.5 hours.

At 11:00 a.m., Fayetteville Police announced on Facebook, that the suspect surrendered was taken into custody, and the situation was peacefully resolved.

Upon searching the area, police found multiple 9mm shell casings outside the broken door to the residence. It appeared that the suspect attempted to shoot the lock on the door. One of those rounds made it into the house and ended up in the couch. A 9mm pistol was found inside the home. The pistol was stolen just a few hours earlier from another home invasion in West Fork, where a vehicle was also stolen. The vehicle was found near the address on Sunrise Mountain. The damage Watkins caused the house is over $1000.00.

Another residence was found to have been tampered with at Sunrise Mountain. A garage door was found open. Investigators found the lock to the door wall was also shot but the door was unlocked. A car cover was removed from a vehicle in that garage and the door to the car was found opened. Watkins was seen on video lingering around the garage.

In Watkins' interview with police, he admitted to stealing the car and gun in West Fork, stated he attempted to steal a car at the top of Sunrise Mountain, and upon leaving, wrecked the stolen car from West Fork. He then said he came across the residence that the female victim lived in and admitted to firing the pistol at the door to the victim's house, entering the house, and holding the hostage with a knife.

Watkins is suspected of two other home invasions from July 2 and July 3.