FAYETTEVILLE, Ark. (KFSM) — A man is now arrested after sending one person to the hospital in a shooting early Wednesday (Jan. 8) morning. Fayetteville police r... 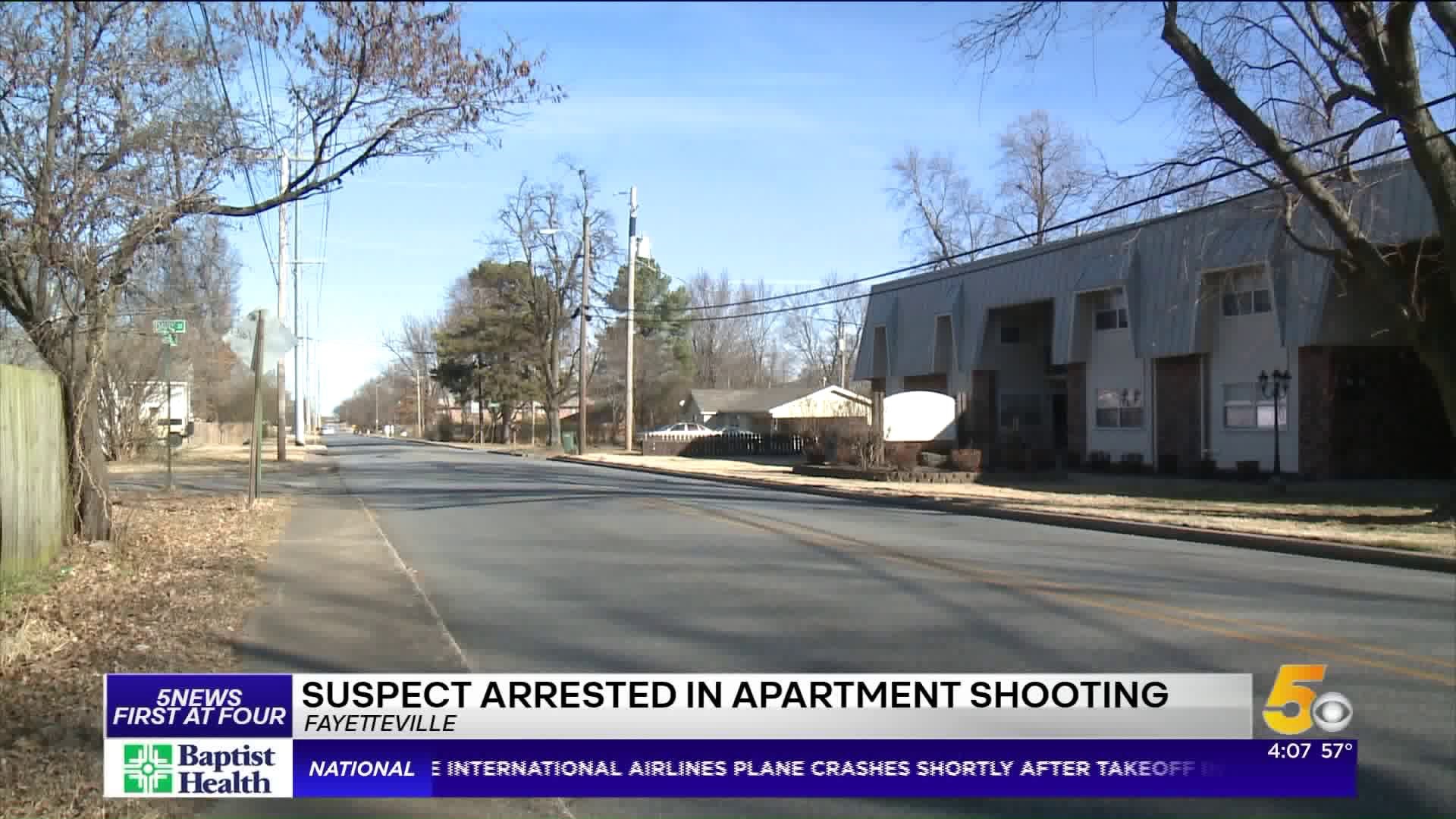 FAYETTEVILLE, Ark. (KFSM) — A man is now arrested after sending one person to the hospital in a shooting early Wednesday (Jan. 8) morning.

Fayetteville police report a man was shot twice at the North Creekside Apartments on the corner of Leverett Avenue and Sycamore Street.

The victim was taken to a local hospital and is expected to survive.

Police responded to a robbery call around 1 a.m., and witnesses told them someone had been shot, and the suspects had fled the scene.

Witnesses at the scene provided officers with descriptions of two white male suspects.

Detectives spoke with the victim at the hospital, and he stated he was shot by a subject named Seth. A picture of Seth Sholmire was shown to the victim, and he said he remembered Sholmire being at the scene when he was shot.

Officers were still on the scene surrounding apartment A2 because they believed the suspects were inside.

According to an arrest report, Sholmire, 20, was about to walk up to apartment A2 when he was stopped by officers. While speaking with officers, Sholmire gave a "very vague" reason for being outside and admitted he was trying to get into apartment A2.

Sholmire was found in possession of a gun holster. He was detained for loitering at the time and was transported to the detective division. Sholmire was interviewed about the shooting but did not admit to having any involvement in the incident.

Officers identified the occupants of apartment A2.

The other suspect voluntarily came to the police department to speak with detectives.

The second suspect also admitted him and Sholmire ran to apartment A2, and the gun was hidden in the closet of the residence.

Two firearms were recovered, including a silver Smith and Wesson .357 handgun from apartment A2.  Howell confirmed this was the gun used to shoot the victim.

Sholmire has been charged with aggravated robbery and battery. He was transported to the Washington County Detention Center.

Stay with 5NEWS for new information.