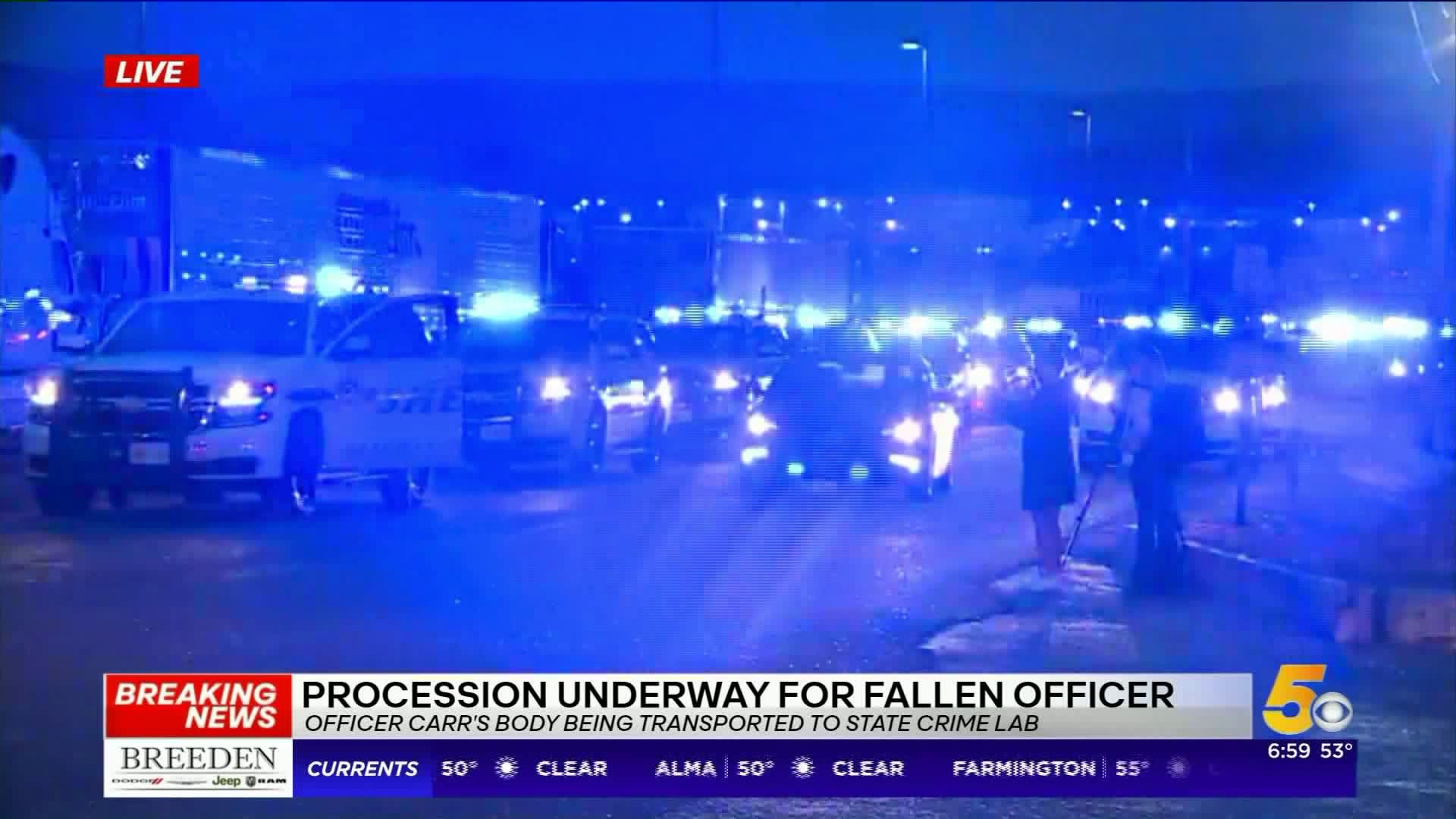 Officer Carr was shot and killed while waiting for his partner in the police department parking lot on Saturday night.

Carr began his career with the police department in April of 2017. He was assigned to patrol the Entertainment District.

When reports of shots fired came in on Saturday (Dec. 7) around 9:40 p.m., several officers were inside the department at the time and came out to find Officer Carr down next to a police cruiser. According to Chief Reynolds, officers immediately engaged with Phillips and more shots were fired. The entire situation was over in under thirty seconds.

Crpl. Seay Floyd and Officer Natalie Eucce fired at Phillips during the incident. They are now placed on paid administrative leave in compliance with city and police department policy until the Chief is able to review findings of the investigation.

The Fayetteville Police Department has requested that the Washington County Sheriff's Office and the Federal Bureau of Investigation (FBI) conduct an independent investigation.

A  GoFundMe has been set up by the Fayetteville Fraternal Order of Police, to support the family of Officer Carr. If you would like to donate, click here.