FAYETTEVILLE, Ark. (KFSM) — Fayetteville police say a man and woman tied up their roommate, put him in a closet, and then turned on a vacuum to conceal hi... 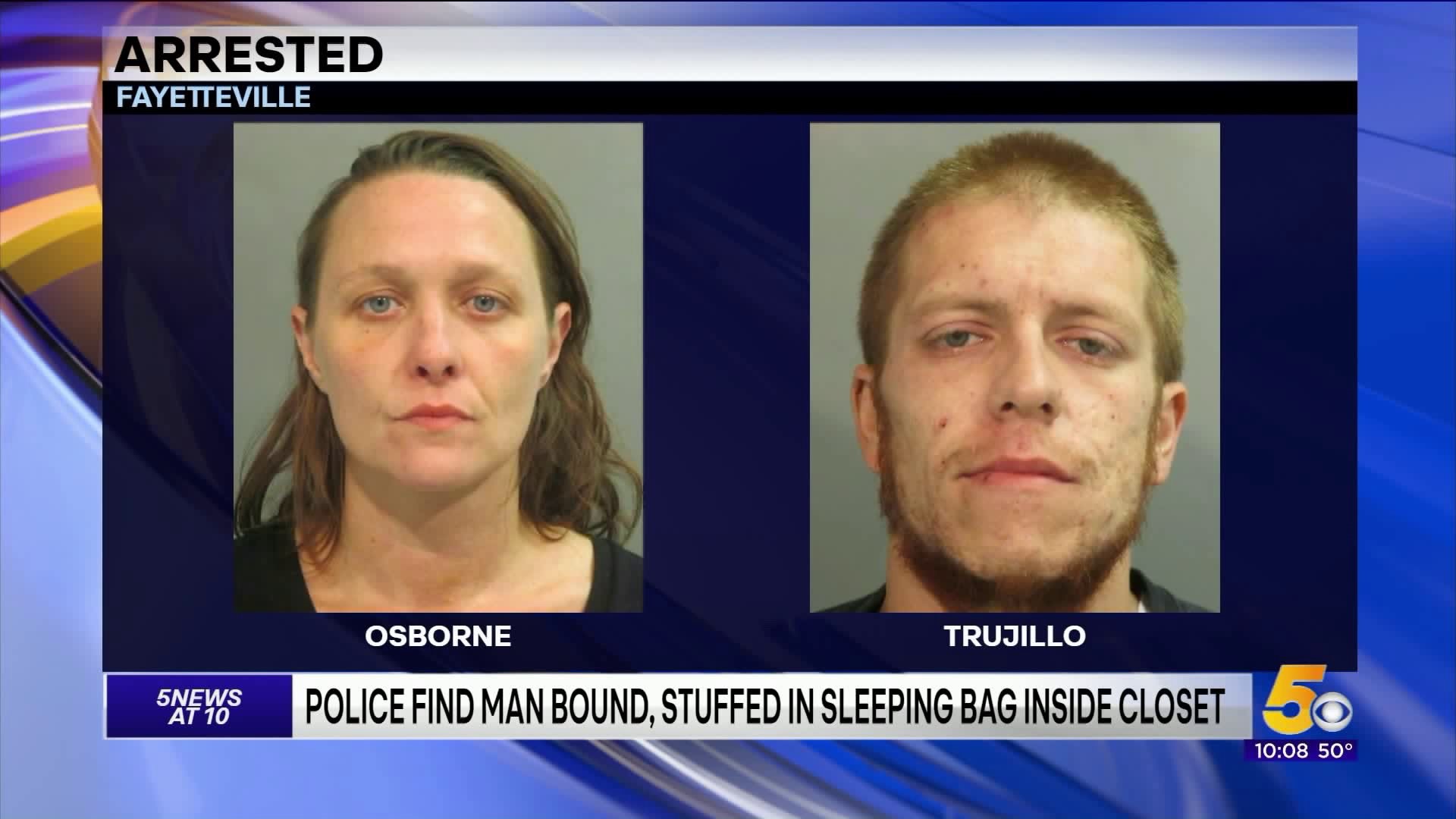 FAYETTEVILLE, Ark. (KFSM) -- Fayetteville police say a man and woman tied up their roommate, put him in a closet, and then turned on a vacuum to conceal his screaming.

Megan Osborne, 38, and Jordan Trujillo, 28, were arrested Saturday (Oct. 19) in connection with kidnapping, aggravated assault and theft by receiving.

Police were called about 8:08 p.m. to the West End Apartments for a mental person call, where they found Trujillo sitting outside, according to an arrest affidavit.

Trujillo told police he lived in the unit behind him, where police met Osborne. After she let the officer inside, he heard the vacuum running from inside the closet.

He opened the door to find a man stuffed inside two sleeping bags with his hands and feet bound by a sheet. The bindings were so tight he had to be cut loose, according to the affidavit.

The man said he'd been beaten while on the ground as well, and police noted bruising to his head, a cut on his arm and blood coming from his ear.

Trujillo said he and Osborne tied the man up, covered him with sleeping bags and put him in a trash can.

Trujillo also told police officers they restrained the man and were going to leave him like that while they went out to eat.

Trujillo said he would return later with food once the man calmed down, according to the affidavit.

During their investigation, police also found a stolen scooter and license plate in the apartment.

Osborne and Trujillo were being held Tuesday (Oct. 22) at the Washington County Detention Center on bonds of $250,000.

Both are due Nov. 20 in Washington County Circuit Court.