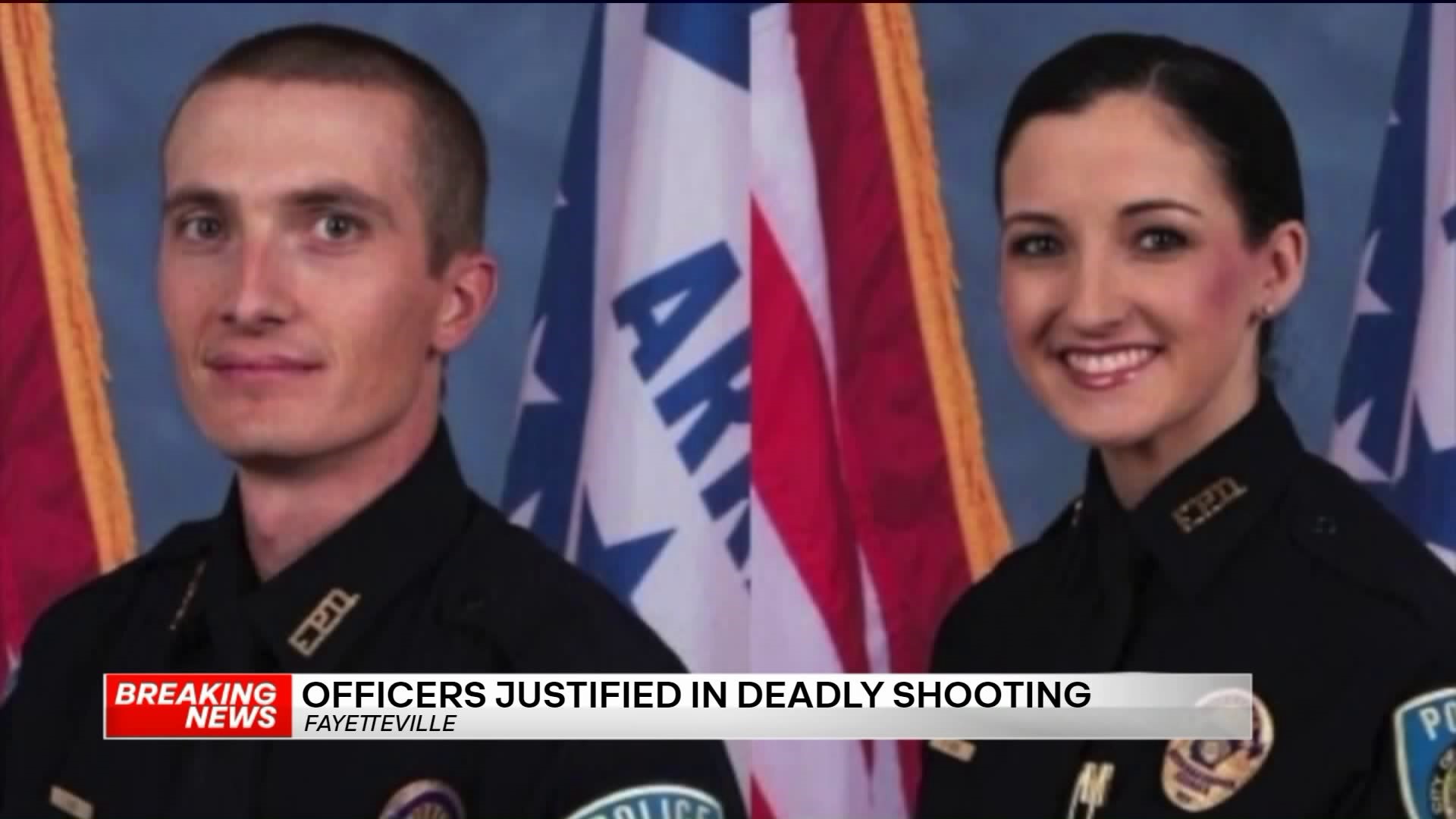 Washington County Prosecuting Attorney Matt Durrett reviewed the independent criminal investigation completed by the Washington County Sheriff’s Office, and he determined Fayetteville police officers were justified in their use of deadly force against the suspect accused of shooting Officer Stephen Carr.

“They didn’t have any choice. It wasn’t that they were justified, they didn’t have a choice,” Durrett said. “If they aren’t able to put him down, there are people are at risk and that is evidence by the fact he had two boxes of ammunition on him. He had way too many rounds to take out way too many people.”

Durrett says Corporal Seay Floyd and Officer Natalie Eucce did what we all hope they would do and protected all those people that were nearby on the Fayetteville Square. He says the surveillance videos were probably the most telling evidence.

“It shows what the officer's reactions were. showing the suspect firing multiple rounds into the vehicle," Durrett said. "You see at that point Cpl. Floyd comes out and engages with the suspect.”

The two will remain on paid administrative leave until the internal investigation is completed and reviewed by Chief Reynolds in accordance with Fayetteville Police Department policies and procedures.

The suspect, London T. Phillips, was shot and killed by the officers after the deadly shooting of Officer Carr.

According to the investigation, Phillips fired 16 rounds and had reloaded the weapon with another full magazine containing 17 rounds.

The handgun used in the shooting was a 9mm semi-automatic handgun that he legally bought in 2017, according to the investigation.

In the videos posted by the Washington County Sheriff's Office, Phillips is seen walking down a sidewalk in front of Fayetteville City Hall on Mountain Street just before the shooting. The other video shows the back parking lot of the police department and Officer Carr sitting in the driver seat of the police vehicle facing the building with the headlights on.

Durrett says it was apparent the suspect was lying in wait for them.

“There was not just a danger to those individual officers, those three officers who encountered the subject but there were hundreds if not thousands of citizens out there who were in immediate danger from this individual,” Durrett said.