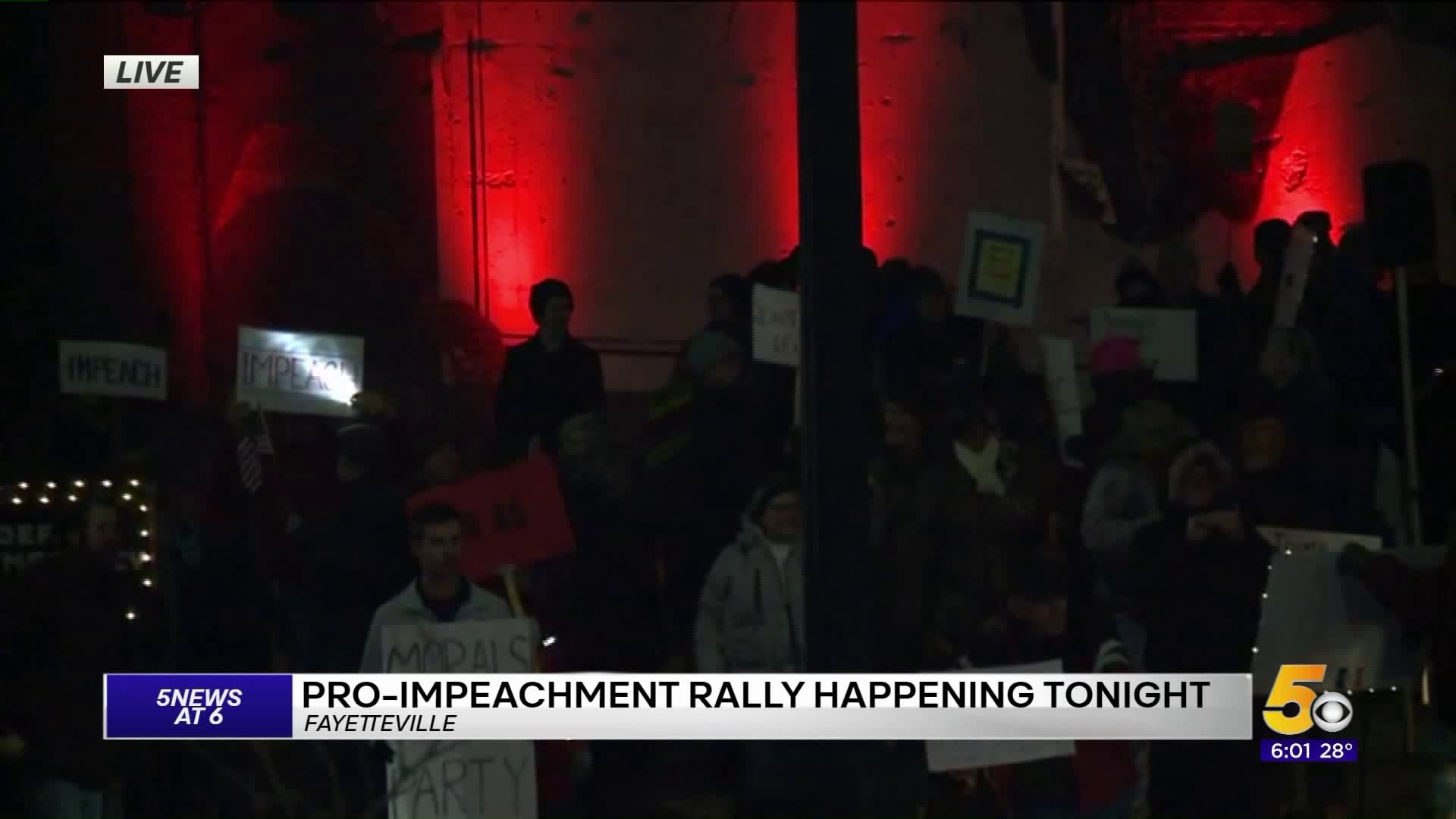 The rally began around 5:30 p.m. and protesters who support the impeachment of President Trump rallied around the Center Street and College Avenue.

Some signs read "impeach" while others state "preach and impeach."

Multiple rallies, titles "nobody is above the law" are taking place around the country.

The House of Representatives is expected to vote on two articles of impeachment Wednesday (Dec. 18).

If approved, it will go to the Senate where there will be a trial on those article of impeachment.

“We believe that the democrats are operating outside of what the intention of the impeachment process was," said Jim Wilson, Chairman of the Washington County Republican Committee. "They are using it as a purely political tool and they know that the economy is much better under President Trump and my opinion is they don’t want to compete against that. They want to create a false narrative, Russian collusion or Ukrainian interference, things along those lines, as opposed to competing against the relay food economy that we have under president trump.”

“The fact that he would not allow any witnesses, documents, that he did a full fledged I don’t have to participate," said rally organizer Heather Graham. "That’s not how we are set up to run. That and I do believe that he was inciting foreign interference in our democratic again and that’s not okay, that’s never okay.”

Graham says over 200 people RSVP'd to the rally on Facebook.

Trump sent a letter to House Speaker Nancy Pelosi on Tuesday, excoriating the House Democrats’ pursuit of an impeachment inquiry just a day before the full House is set to vote.