Fayetteville City Leaders And Residents At Odds Over Driveway Proposal

FAYETTEVILLE, Ark. (KFSM) — After being up for discussion for a second time, the Fayetteville City Council decided to put off taking action on an ordinance that... 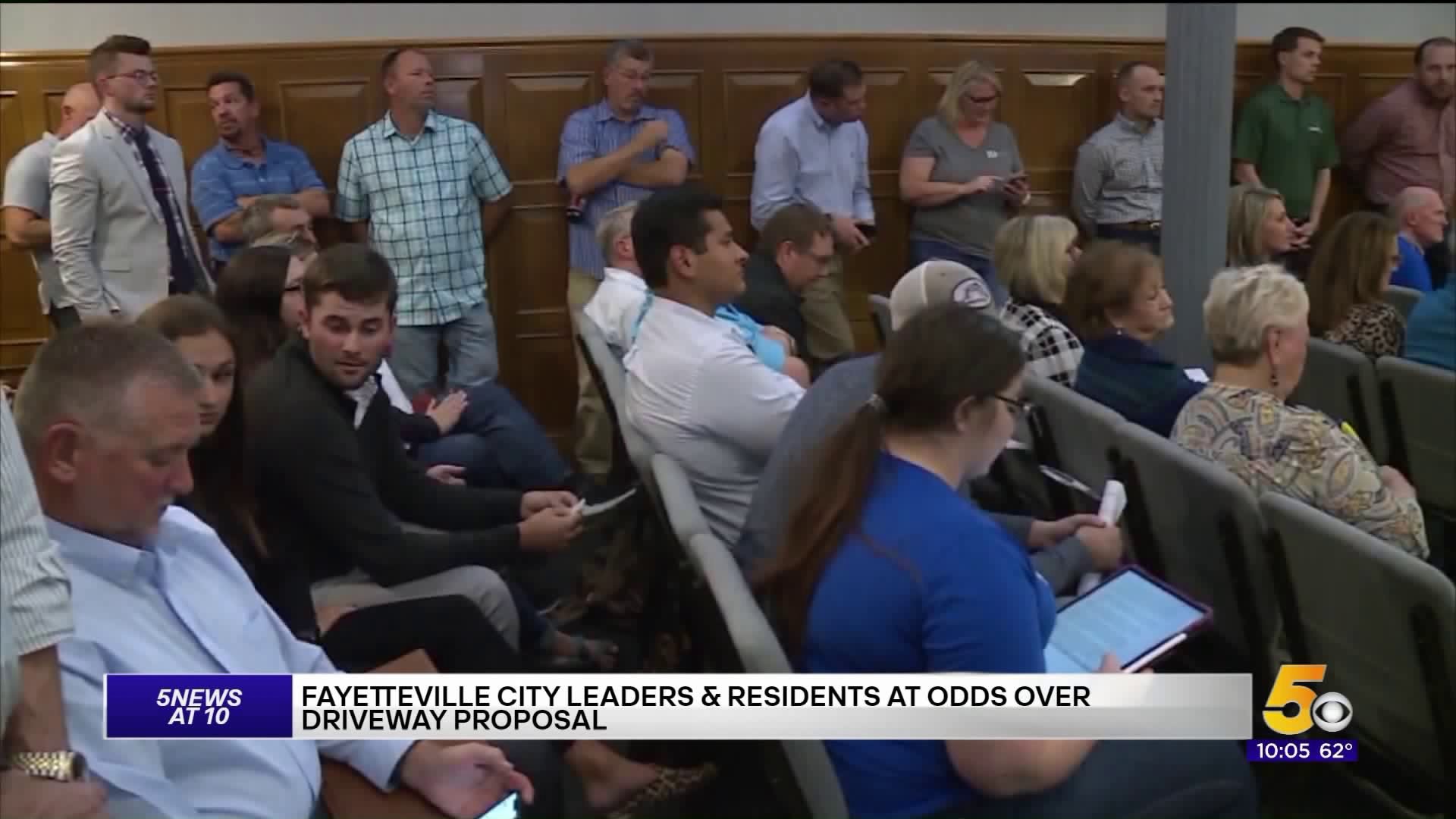 FAYETTEVILLE, Ark. (KFSM) — After being up for discussion for a second time, the Fayetteville City Council decided to put off taking action on an ordinance that would restrict driveway sizes and parking standards for homes built inside certain zones.

The ordinance proposed by the city council created quite a bit of opposition among realtors, builders, developers and homeowners.

Under the ordinance, driveways would be limited to 20% of the lot width, with a minimum of 10 feet and a maximum of 18-foot-wide driveways.

Well over a dozen individuals approached the podium at the city council meeting Tuesday (Oct. 15) opposing the ordinance. Not one person came forward to stand in favor.

Among the chief complaints were concerns for lack of parking, personal property rights, and possibly influencing people to not move into to the area because of building restrictions.

Some in attendance said the ordinance could not only impact prospective homeowners but developers with a property in the pre-construction phase.

"I think that it would be wise for elected officials whether it be city council or any municipality or government entity to pay attention to the constituency, it is very obvious if you’ve been here the last meeting and this meeting that this community does not want," said Larry Kelly, from the Northwest Arkansas Board of Realtors.

No one on the council was available for comment at this time but they did stress how the ordinance could help with safety and city growth.

The ordinance has been held and will be addressed by the council again during the next meeting.