FAYETTEVILLE, Ark. (KFSM) — Dozens of bodies believed to be slaves from long ago were found on land belonging to a local church. Behind Christian Life Cathedral... 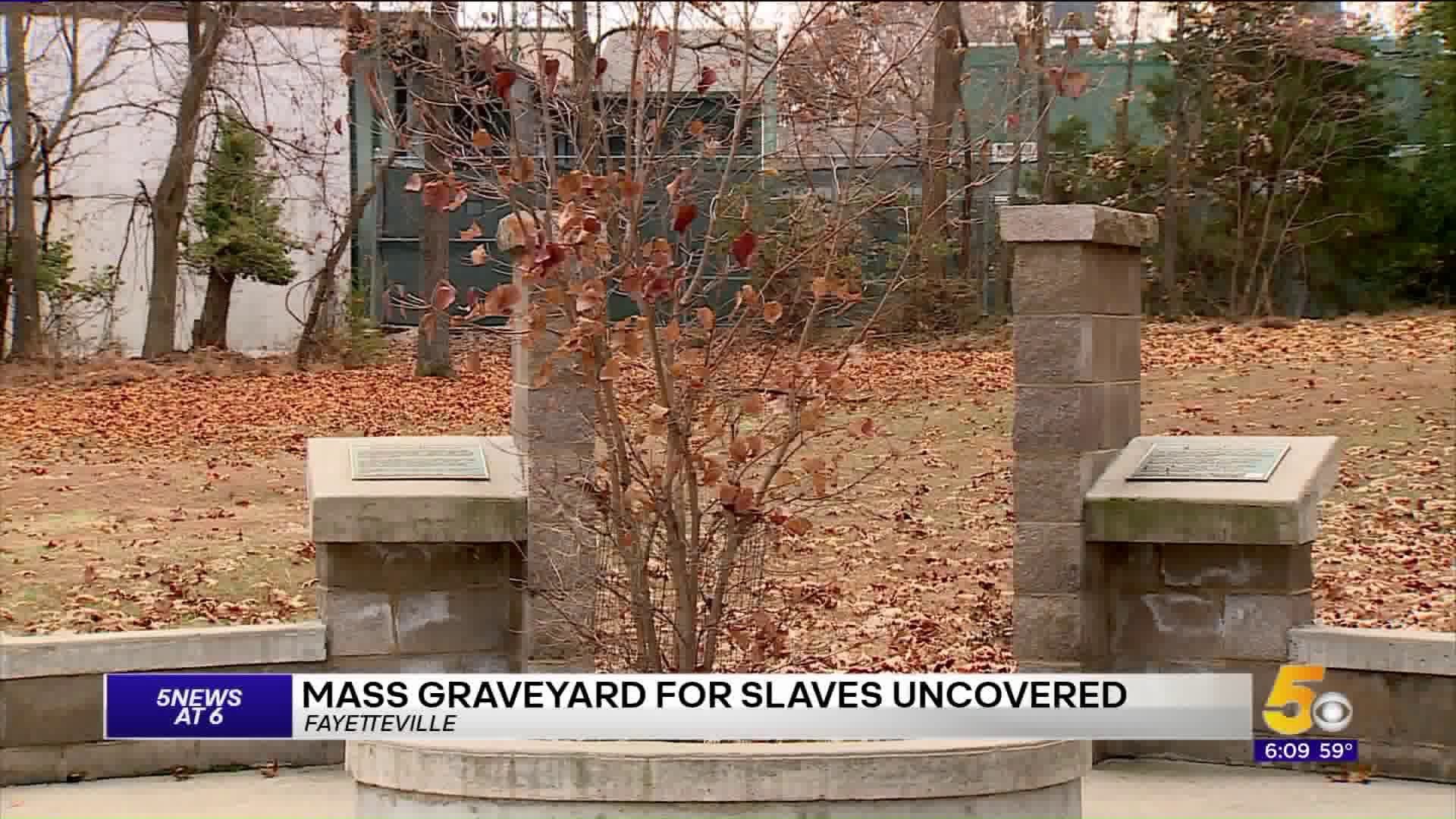 FAYETTEVILLE, Ark. (KFSM) — Dozens of bodies believed to be slaves from long ago were found on land belonging to a local church.

Behind Christian Life Cathedral in Fayetteville is the historic Gehring Chapel Cemetery with burials dating back to the 1830s.

Just beyond those headstones is an unmarked graveyard.

About five years ago the land was going to be excavated and a cell phone tower was going to be put in but satellite imagery discovered the bodies scattered underneath the ground.

The remains are believed to belong to free and enslaved African Americans.

“We want to make sure that not only do we eradicate slavery as it relates to change and shadows, but we want to eradicate the long-lingering effects of slavery," said Reginald James, Pastor Christian Life Cathedral.

This year marks the 400th anniversary of African American history in the United States.

“During the time of the slave trade at its highest there were over four million that were building the infrastructure and helping with the economy in the united states of America," Harris said.

Christian Life Cathedral commemorated the anniversary with a special ceremony over the weekend.

“One of the key things we can do to move forward is remembering the past," Harris said. "Sharing the precise information about what happened in the past. Not to hold people back. Not to even hold them down with the information but to also liberate them so we won’t repeat the same things over again."

The land is preserved now and a memorial honors those once lost to history.

No longer forgotten, the community is giving names to the nameless and a voice to the voiceless.

Last year a special commission was created to coordinate the 400th anniversary of the arrival of the first slaves to the English colonies.

This is just the first event the church plans to host commemorating the anniversary.

It's part of a nationwide effort to recognize contributions made by African Americans in the U.S.