FARMINGTON, Ark. (KFSM) — The primary focus of a child’s safety at school is no longer just fire and tornado drills, but something much more alarming. Mos... 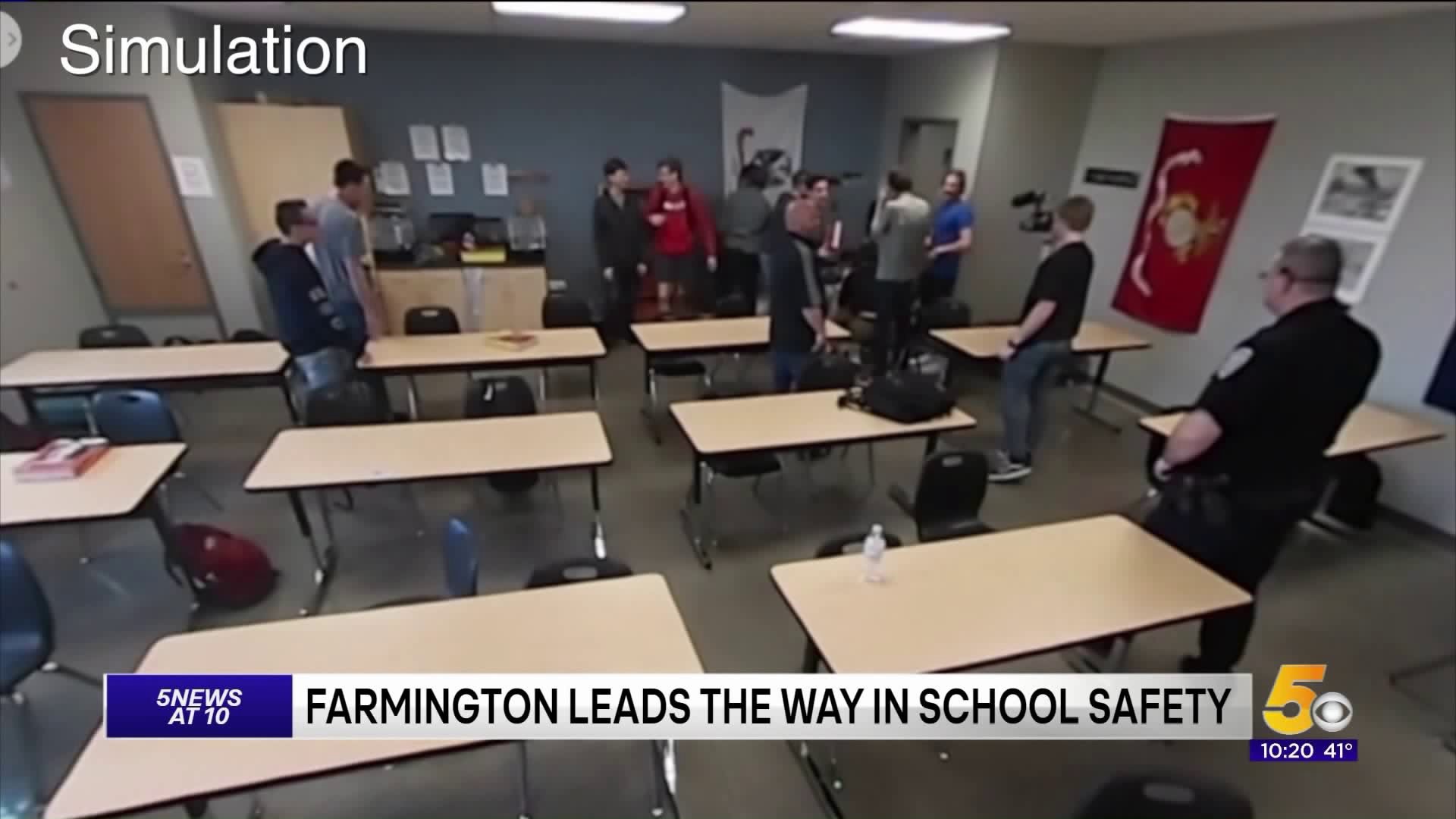 FARMINGTON, Ark. (KFSM) — The primary focus of a child's safety at school is no longer just fire and tornado drills, but something much more alarming.

Most schools across the U.S. have added active shooter drills to its safety practices.

A school teacher's job now extends to more than just education, they also now have to think about student safety when they are setting up their classrooms to begin a new school year.

"We have teachers now, setting up their rooms so they can barricade their door quickly. In the summertime when they re-arrange, they can lock down really well," said Farmington Police Officer Chad Parrish.

The Farmington Police Department and Farmington School District are working together to implement protocols and active shooter drills inside of the school.

Farmington High School Principal, John Purifoy said students run through the active shooter drill once a semester. The district has held simulations of an active shooter situation inside of the school.

Local first responders, police and personnel from other school districts showed up to take a look at how Farmington executes its active shooter protocol.

"We had about 180 to 200 emergency personnel train in this building two years ago," Purifoy said. "We do have a lot of schools come in and check out what we do. Springdale, Fayetteville and others have come and watched our active shooter training drills. Prairie Grove has been here. They are checking out what we do. We are trying to help out where we can. You know as well as I do, if your kids feel safe, they can enter in that classroom and worry about learning and not worry about their safety."

The school has cameras that can actively follow a shooter anywhere inside of the building. Cameras, accompanied by an intercom system could let students and teachers know the active shooter's location.

The school uses Night Lock Lockdown, a metal object located at each classroom door, that slides into a metal lock at the bottom of the door. Any student or teacher can quickly grab the Night Lock, shut the door and slide it into place.

The school took safety a step further by reaching out for the help of Farmington parent Kevin Guinn.

Guinn invented Speed Screens after being contacted by the school. The Speed Screen sits on the inside at the top of each window on classroom doors. With an easy pull, the Speed Screen falls over the window. It does not allow anyone to see inside and has a room number printed on it.

If first responders or police were to enter the building looking for a shooter or an injured student they could follow the numbers. This helps them navigate inside of a large school they may never have been in before.

"Mr. Purifoy came to me back in October of last year and said he had a problem. His problem was, every one of his doors had windows and he wanted to be able to cover them quickly," Guinn said. " Fast forward four months, I literally, at 2 o'clock in the morning, sat up in bed and went 'I've got an idea.' I went out to our shop at the house there, put some stuff together."

It's a device that other schools are looking into getting.

"We sure hope so," Quinn said. "The way it is made we can customize any fit to any size window. I've actually been in talks with Mena School District already. I was in Oklahoma. We are hoping to help kids all across the country."

Click here to learn more about Guinn's invention and how it is impacting local and regional schools.

The Farmington School District continues to work with the local police department to follow a procedural program when it comes to active shooter scenarios.

"In the schools we use a program called A.L.I.C.E.: Alert, lockdown, inform, counter and evacuate."

The school district has also equipped its teacher's cell phones with an alert system that sends a text message to the personal cell phone of each police officer in Farmington.

The police officers would not have to wait on a call out through 911. They would know immediately if there's a danger at the school by the teachers pushing an alert button on their cell phones.