Farmington Man Arrested After Fleeing From Police On Stolen Motorcycle

WASHINGTON COUNTY, Ark. (KFSM) — A Farmington man is facing several charges after fleeing from an officer on a stolen motorcycle. On Monday, Nov. 4, an officer ... 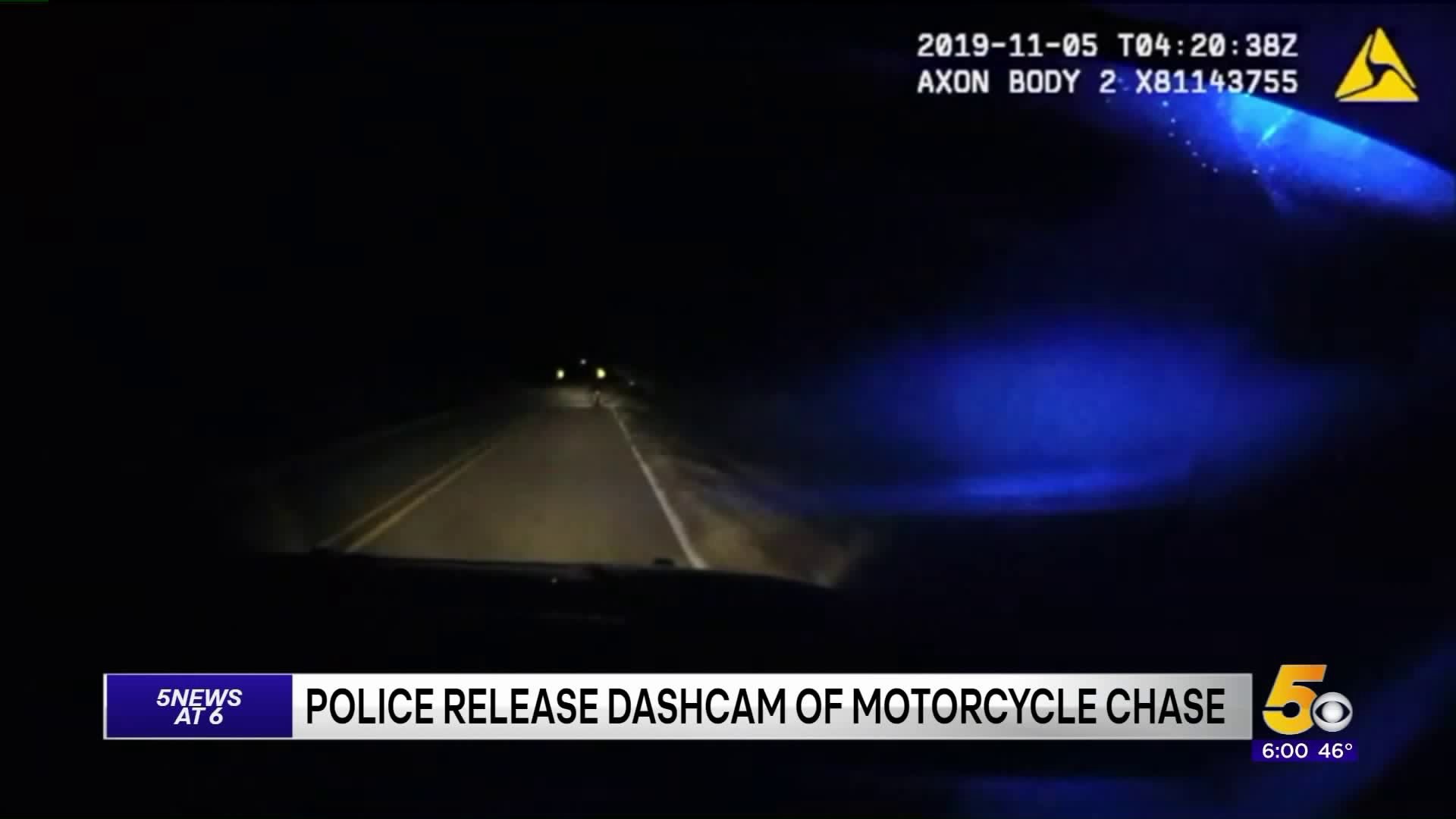 WASHINGTON COUNTY, Ark. (KFSM) — A Farmington man is facing several charges after fleeing from an officer on a stolen motorcycle.

On Monday, Nov. 4, an officer observed a motorcycle traveling westbound on Hwy 62 without any tail lights.

As the officer approached the motorcycle to initiate a traffic stop, the driver, 41-year-old Charles Cunningham, accelerated.

Cunningham continued to flee from the officer, reaching speeds of approximately 90 mph.

Farmington Man Arrested After Fleeing From Police On Stolen Motorcycle

An incident report states many times the officer believed Cunningham was going to lose control of the bike numerous times during the chase.

Cunningham attempted to evade the officer by taking a turn onto Buchanan Street in Prairie Grove and turning the bike's headlights off.

Once spotted, the chase continued to Hwy 265 and Sweetwater Creek in West Fork, where police say Cunningham's motorcycle stopped running.

Cunningham tried to kick start the bike but was unable to successfully do so.

He then jumped a barbed wire fence and ran into an open pasture.

The officer was able to keep an eye on Cunningham by using a flashlight before backup arrived. He was spotted running into a tall grass area near Sweetwater Creek.

The officer on the scene ran the vehicle's VIN, and it registered as being stolen out of Fayetteville.

Once backup arrived, officers tracked the same path in which Cunningham was last observed.

Officers spotted Cunningham hiding in the tall grass, and he was then placed under arrest.

According to an incident report, a strong odor of marijuana was coming from the same area where Cunningham was arrested. Cunningham admitted to throwing over 14 grams of marijuana on the ground near where he was hiding.

Officers determined Cunningham was driving on a suspended license and had multiple warrants.

Cunningham was transported to the Washington County Detention Center. Once inside the facility, jail staff found approximately .5 grams of methamphetamine inside his pants pocket.

It's noted that Cunningham ran from Farmington officers on Oct. 28 and was found to be in possession of another stolen motorcycle from Fayetteville.

Cunningham is facing several charges including fleeing, theft by receiving, possession of a controlled substance, reckless driving, failure to stop at a stoplight, driving on a suspended license, driving left of the center/right roadway and driving without taillights.