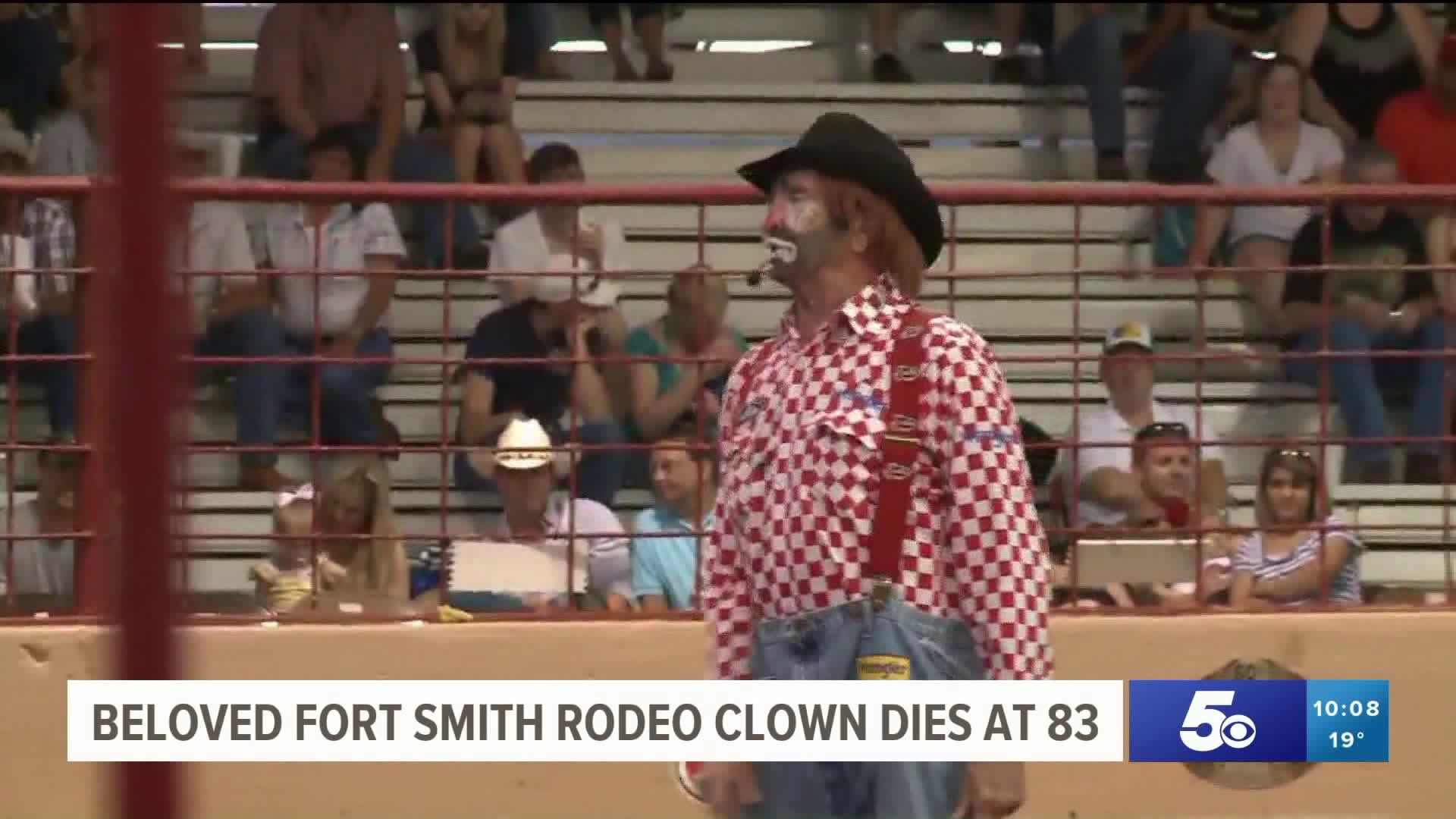 He was a mainstay at the Fort Smith Rodeo each year.

At his peak, Harris performed at more than 100 rodeos each year.

“When you lose somebody like that it’s really just a void in your heart,” said Denny Flynn, Executive Director at K Rodger Park.

Flynn has known and worked with Harris since the 70s. This year, he and Harris made plans for him to return to Fort Smith to have his final rodeo.

Fort Smith became a second home to Harris. Flynn and former mayor and rodeo chairman of Fort Days Sandy Sanders say he had a charisma like no other.

“If you asked people each year at the rodeo one of their favorite parts... they would name Lecile Harris,” Sanders said.

Sanders says over his time in the arena, Harris probably performed in front of hundreds or thousands of people.

“He set the bar for people in that business will have a hard time to reach,” Sanders said.

Harris also brought smiles and laughs to Northwest Arkansas over the years at Rodeo of the Ozarks.

Sanders and Flynn both say even when the lights cut off and the stands cleared, underneath all the makeup, Lecile Harris was an all-around special guy.

Harris actually wrote a book titled "Lecile...This Ain't My First Rodeo." It tells short stories about the memories he made on the road.