GENTRY, Ark. (KFSM) — Parents are opening up after their toddler died in a house fire trying to save his puppy. Everything was lost in the fire that erupted on ... 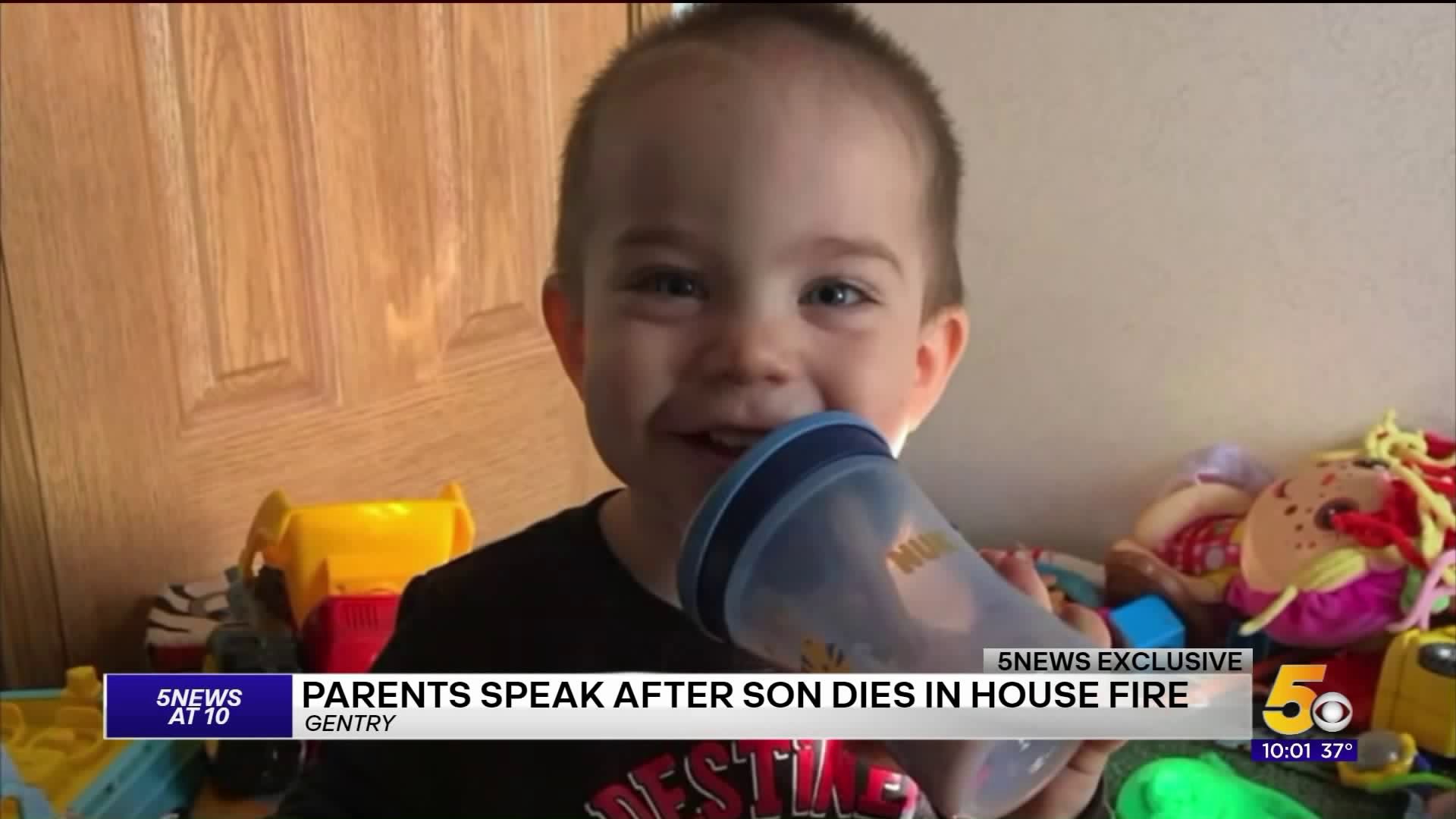 GENTRY, Ark. (KFSM) — Parents are opening up after their toddler died in a house fire trying to save his puppy.

Everything was lost in the fire that erupted on Saturday (Nov. 30). Nearly all of the family's possessions were lost that night, but they say none of that compares to the loss of their 23-month-old son Loki Sharp.

Deshay Wilson and Kurtis Sharp's say Loki was a spunky, fun-loving and happy boy all around. Amid the chaos of trying to put the fire out and calling for help, they say Loki ran back inside to try and save the family's six-month-old puppy.

“There’s actually prints on the carpet of where she laid beside him, to try and save him from the fire," says Deshay Wilson. "They basically tried to save each other.”

Loki was Wilson's first baby, who says she can remember the last thing they did before the fire. “We played with chickens, raked leaves, that was one of the last things he did. He was just barely learning how to talk,” said Wilson.

The toddler had eight brothers and sisters, some who witnessed the painful night.

“There are taking it really hard right now, they are blaming themselves for a lot of it," said Deshay Wilson. "They haven’t been in school. His little sister she’s not even a year old yet, she can’t even sleep through the night anymore. She wakes up having nightmares and screaming and crying for her brother.”

Right now, the family is staying with relatives near where the fire happened. Both Deshay Wilson and Kurtis Sharp say they can't look at their home without breaking down. They say they hope their tragedy can remind other parents to cherish their kids, and never take anything for granted.

The fire is still under investigation, but the family tells 5NEWS it was an electrical fire. A visitation for Loki will be held this Friday (Dec. 6), then the funeral service will be held Saturday at the Wasson Funeral Home in Siloam Springs.

If you would like to help the family with the funeral costs, there is a fundraiser set up here.