(KTHV) LITTLE ROCK, Ark. — A long-overdue goodbye merged with a welcome home in front of the flying public at Clinton National Airport in Little Rock as the rem... 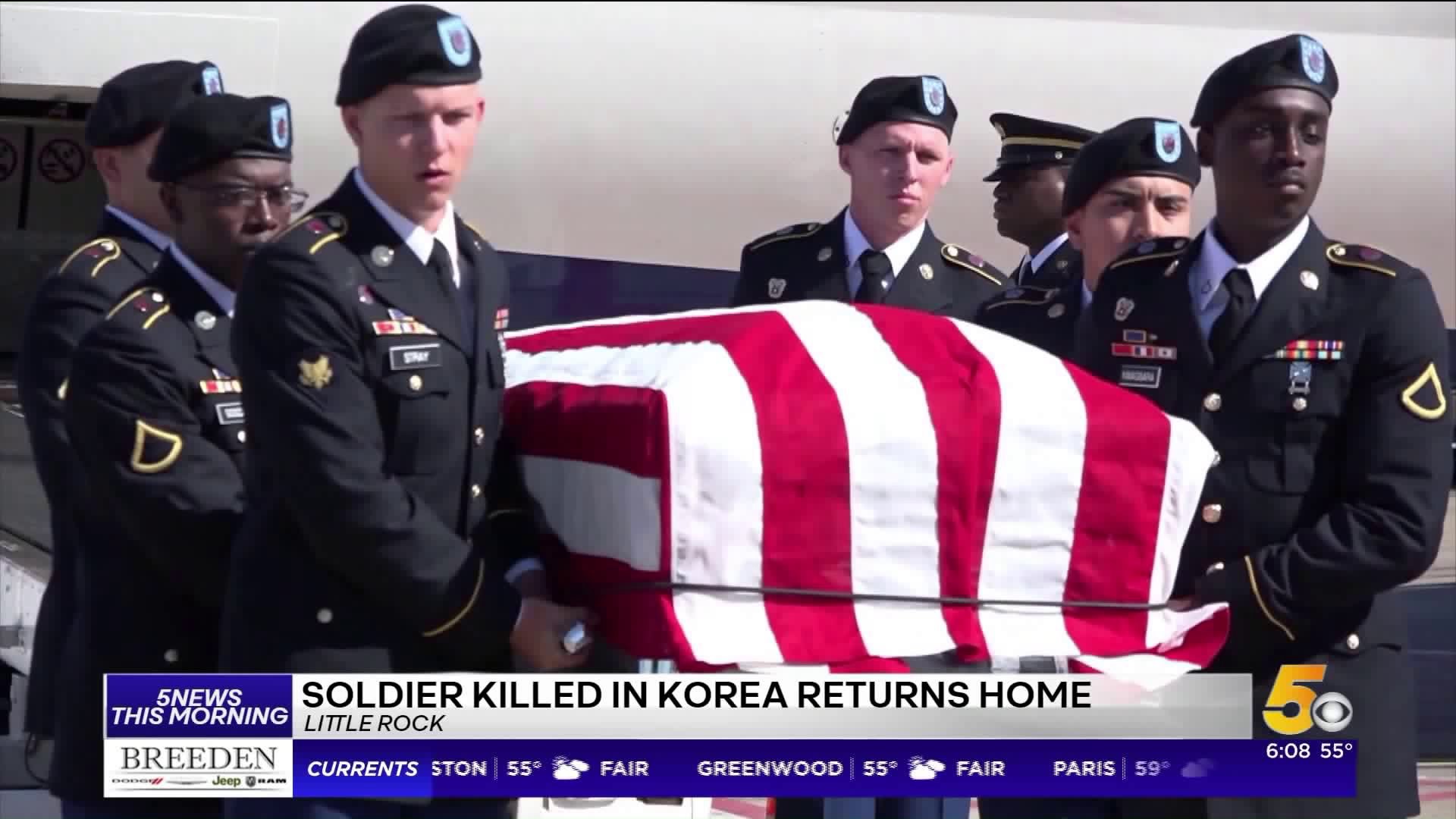 (KTHV) LITTLE ROCK, Ark. — A long-overdue goodbye merged with a welcome home in front of the flying public at Clinton National Airport in Little Rock as the remains of Cpl. Jerry Garrison arrived back in Arkansas Saturday 69 years after being listed as killed in action during the Korean War.

"This is a huge honor for us to be able to do this," said Lt. Col. Corrie Brice, the battalion commander for the 313th Field Artillery, 75th Brigade. "This is one of the missions that units like ours look forward to doing because it gives closure to the family who still has the question of 'what happened to my loved one'."

Men and women of all stars and stripes met Delta flight 2088 as it arrived from Atlanta carrying Garrison's remains. They included generals and civilians and members of the corporal's family.

A seven-person honor guard carried the flag-draped casket from the jet to a waiting hearse. Garrison's family had a moment on the tarmac, marking the first time his sister had been this close to her brother since he shipped off to battle in the first hot fighting of the cold war.

He disappeared in 1950 after his unit, Task Force Faith, covered the withdrawal troops from the Chosin. He was listed as "missing in action" for three years before the Army declared him dead.

His family had to accept the loss with his remains presumed to be on the wrong side of the DMZ. In 2018, North Korean officials handed over the remains of 55 service members to South Korea. Those remains were sent to a laboratory in Hawaii, eventually paving the way for his return to Arkansas on Saturday.

While Army personnel conducted the ceremony in dress blues, just outside the airport gates stood a line of dozens of members of the Arkansas Patriot Guard in mostly distressed leather and denim.

"This one is quite different when you're talking about bringing back a veteran from 69 years ago," said Rich Schrunk, the assistant state captain for the Patriot Guard, explaining how this event stood out from the 300 ceremonies they attend a year.

"To be able to give back and honor their family and give them some closure? That's one that gets you in your feels."

About 20 motorcycles rumbled ahead of the hearse carrying Garrison, leading a parade and convoy home eventually to Lamar for the corporeal and his family and all of us.

"When they see us they get the closure," said Schrunk on what he thinks his group provides families. "They start to feel the patriotism of the United States. They see America as what we really are."

Visitation will be Monday at Shinn Funeral Home in Russellville from 9 a.m. until 4 p.m., with a graveside service in his hometown on Tuesday at 10 a.m.