Facebook page created to connect Arkansas farmers to their community

"Arkansas Farmers for the People" has only been up one week and has more than 500 members and 12 farmers from all across the state. 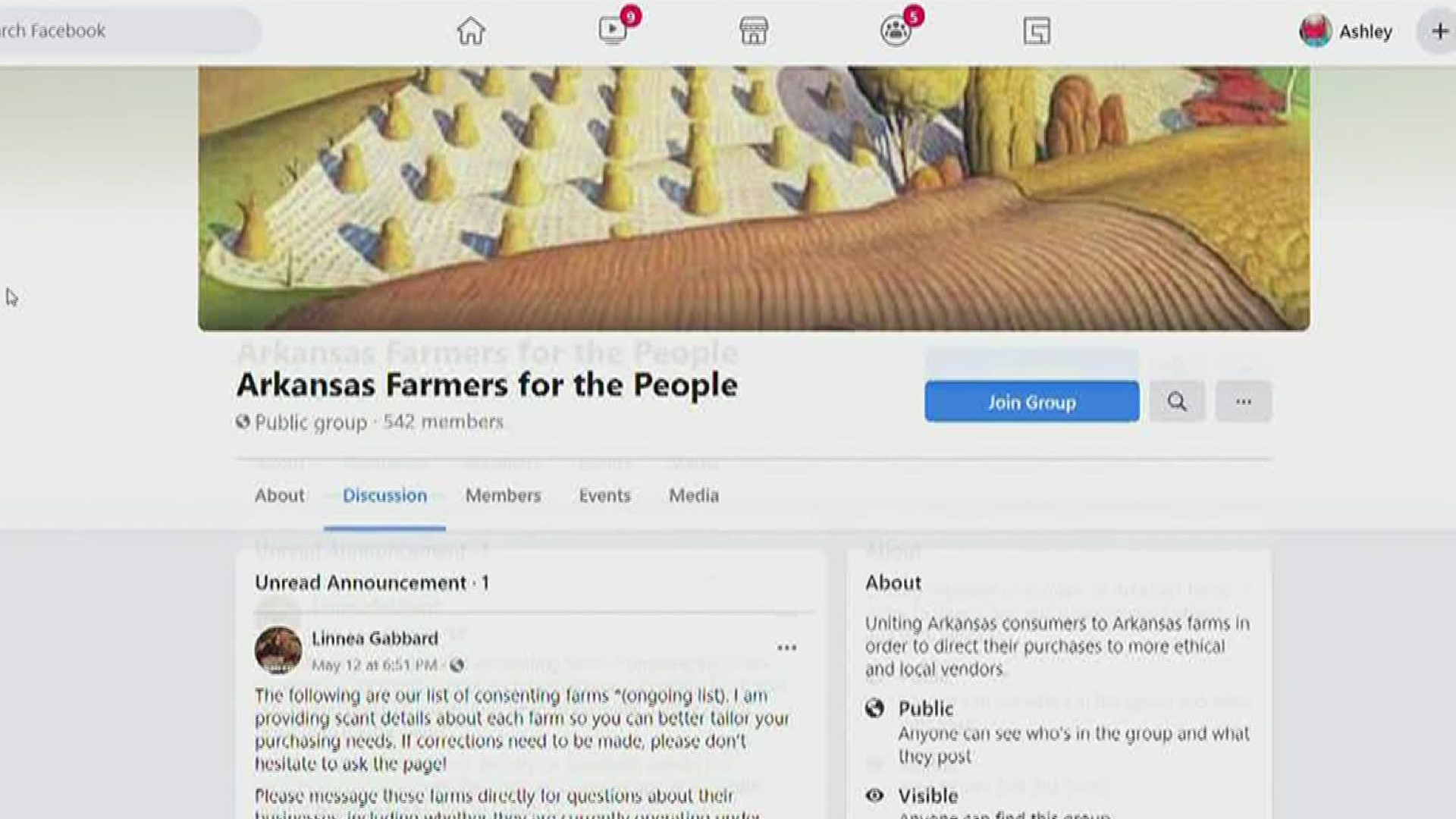 LITTLE ROCK, Ark. — A local Vilonia woman created a Facebook page with the sole purpose of uniting Arkansas farmers with the community.

"I created it initially because somebody on my feed had been asking for steer. They wanted their own, they want to raise their own meat and I had seen that several times since this pandemic had started," she said.

Noticing this trend, knowing farmers personally and working in veterinary— the pieces all seemed to fit as one for Gabbard.

"I saw all those things together and I thought that would be a great way to link people to farmers, so we can do this on our own," she said.

Just like that, Arkansas Farmers for the People was up and running.

According to Gabbard, after only one week, it had more than 500 members and 12 farmers from all across the state.

Gabbard's goal is to create a more fluid market for farmers like Justin Holland.

Holland said this page is a "necessary tool."

"We've been needing a Facebook page to link the local communities and the public to their farms because a lot of family farms have limited exposure to the public," he said.

The sixth-generation farmer said social media is their most powerful marketing tool and many local farms don't have websites or a presence on these platforms.

"We're all in this together, we're not in competition with each other, we're all here to help each other out," he said.

In the short time the page has been up, Holland said he has already received several messages about their pricing and products.

He and Gabbard both hope it sparks a wave of Arkansans to purchase home-grown food.

"When people buy products from local farms, we're able to make investments in our local communities and stimulate our local economy," Holland said.

Gabbard said she wants this page to make a difference.

"I would like a big enough voice from all the people who support this. I want this to eventually affect legislation," she said.

Down the road, Gabbard plans on going out to visit the farms and make videos to show the public what they have to offer.

Arkansas Farmers for the People is a public Facebook group, so if you are a community member or a farmer you can easily join.