Experts Weigh In About Chronic Wasting Disease In Arkansas Deer

ARKANSAS (KFSM) — With deer season underway, Arkansas Game and Fish wants to remind hunters of an important precaution to take: looking out for Chronic Wasting ... 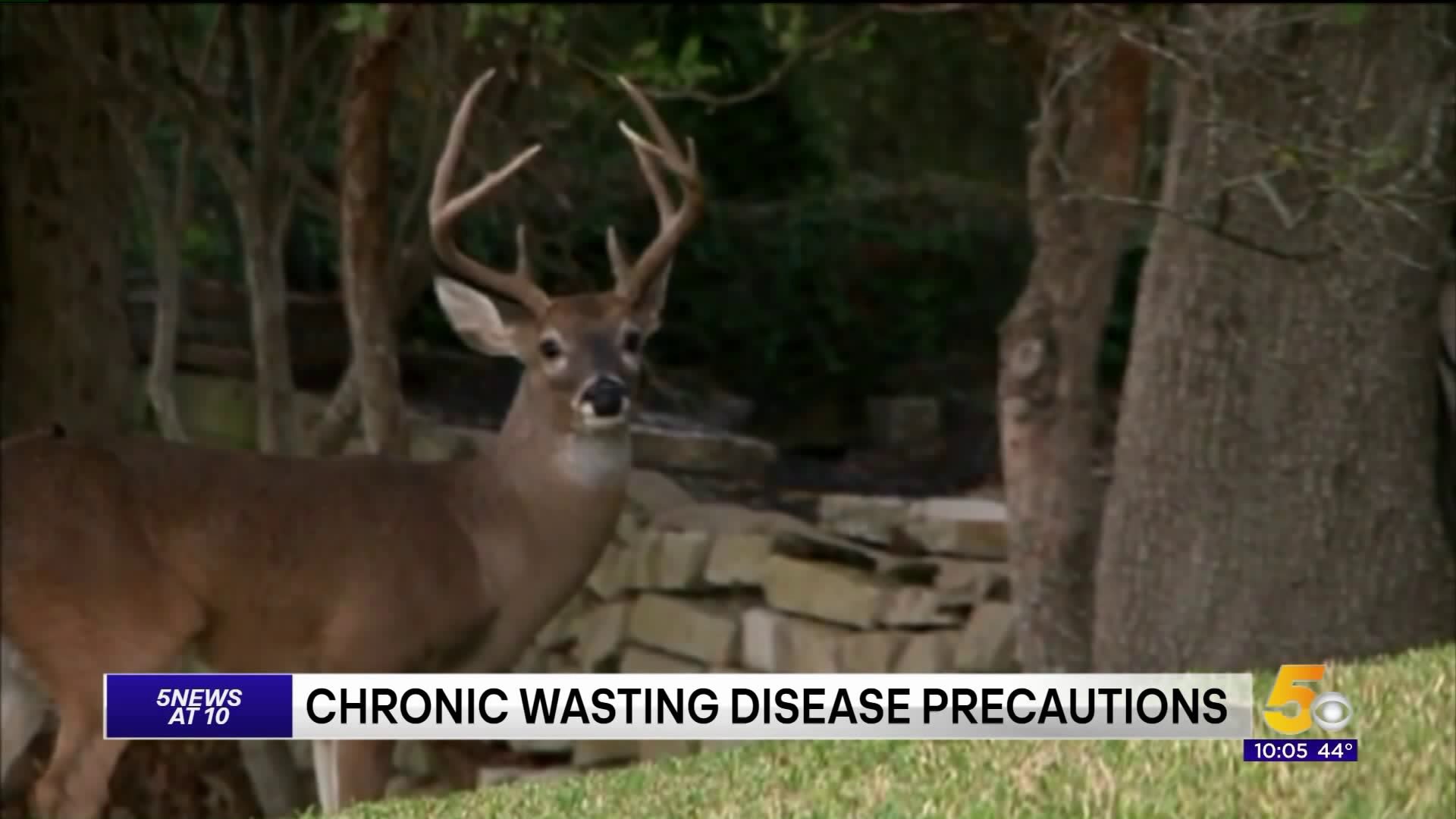 CWD was first found in Arkansas a few years ago. It's an illness among deer originally found in Colorado.

“It impacts our state because we actually found it in several counties,” Dr. Adam McCall said.

CWD is a neurological disease that impacts the deer population and spreads easily through fluids.

Dr. McCall says multiple cases of CWD have been found in multiple counties in our area with the first case in Arkansas found in 2016.

Ralph Meeker with the Arkansas Game and Fish Commission says this disease makes the deer less fearful of humans. He says that mixed with other symptoms could make them more likely to cause problems for drivers.

“We have seen some research to suggest that deer that have those symptoms might be more likely to become involved in a roadkill situation,” Meeker said.

Dr. McCall says the CDC advises consumers to avoid eating deer meat that may possibly be affected because there’s still research being done on how it impacts humans.

“We don’t think it actually does affect the human, I mean we don’t recommend that you eat the meat, but if you are to eat affected meat the chances of you having some sort of problems are slim to none,” Dr. McCall said.

To be safe, Dr. McCall and Meeker say to be extra cautious with deer meat and always have it tested.

“If you have concerns you should take it to a processor and the processor can actually send that down to a lab and they can confirm whether or not it has Chronic Wasting Disease,” Dr. McCall said.

Meeker says the disease does not cause the animals to be aggressive towards humans and CWD shouldn't make people avoid hunting.

“We need hunters out there to help us manage the whitetail deer populations so we would encourage folks to carry on and hunt as usual,” Meeker said.

One of the ways the disease spreads is through unnatural gatherings of animals.

An official with the City of Fayetteville says they discourage people from feeding deer in the city to help cut down this issue.