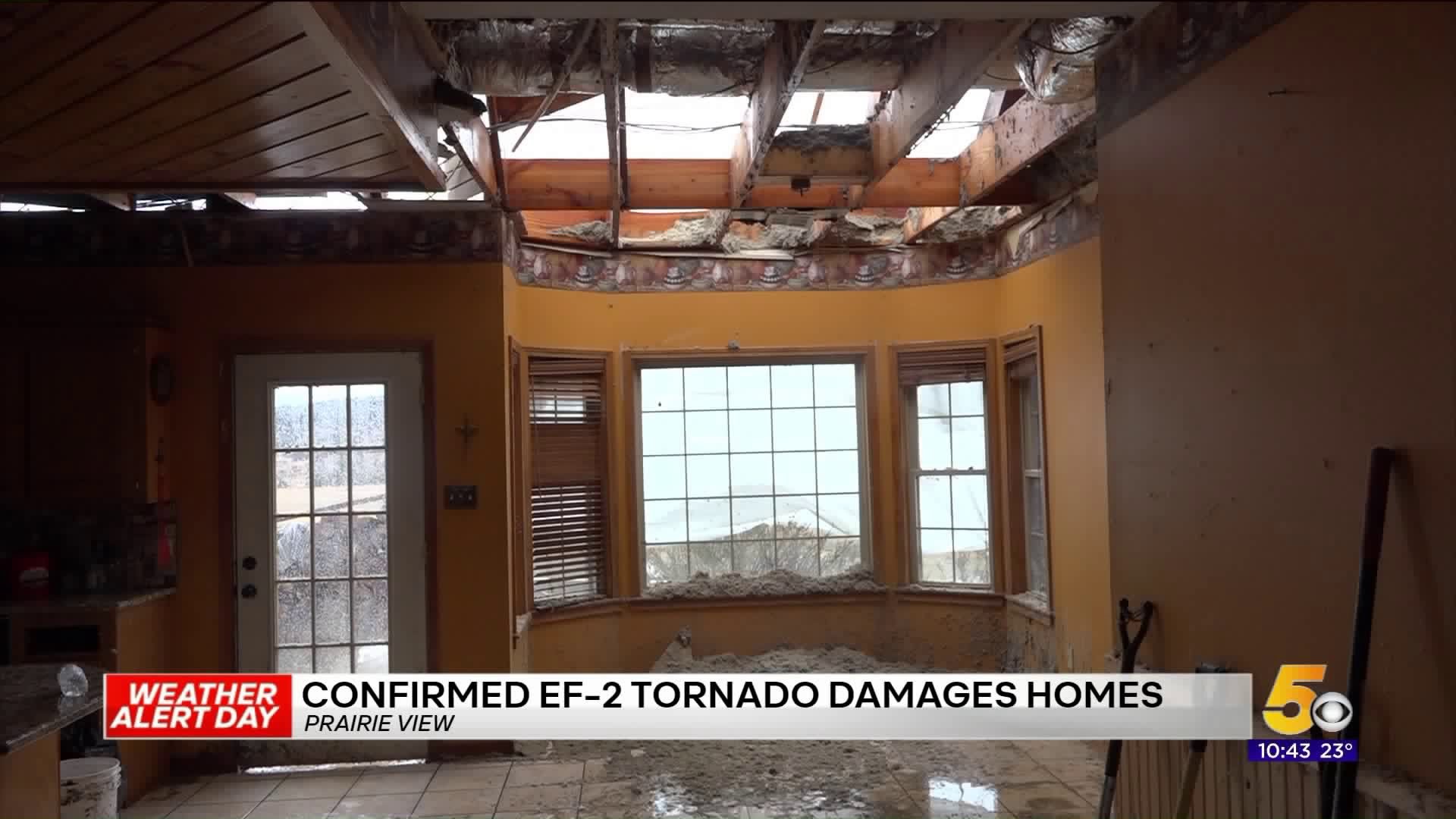 The National Weather Service has now confirmed an EF-2 tornado with 115 mph winds touched down in Midway.

According to the National Weather Service, the tornado touched down at approximately 7:53 p.m.

A trailer home was destroyed.

"We knew we had some structures that had been significantly damaged. Some trailers were destroyed but luckily no one was either at home or the structure wasn't occupied," said Midway volunteer firefighter Michael Bowman.

Susan Linker, who lives in Prairie View, said part of her home was missing.

"Well we used to have a back porch and all of that is gone," said Linker.

The Linker lost much of their family ranch. Their barn, horse stables and their new shop that her husband built was all destroyed.

"He built it and he'll build it back," said Linker about her husband.

A deputy with the Logan County Sheriff's Office surveyed damaged Saturday (Jan. 11) morning. Sheriff Jason Massey said the destruction path was along the eastern part of the county. Crews will spend days repairing power lines, picking up debris and clearing a path through the storm damage.

The sheriff's office shared several photos of houses and chicken houses that appeared to be impacted by the storm.

5NEWS will continue to update this story as more informaiton becomes available.