Mark Gotcher has been placed on paid administrative leave, and his contract will end on June 30. 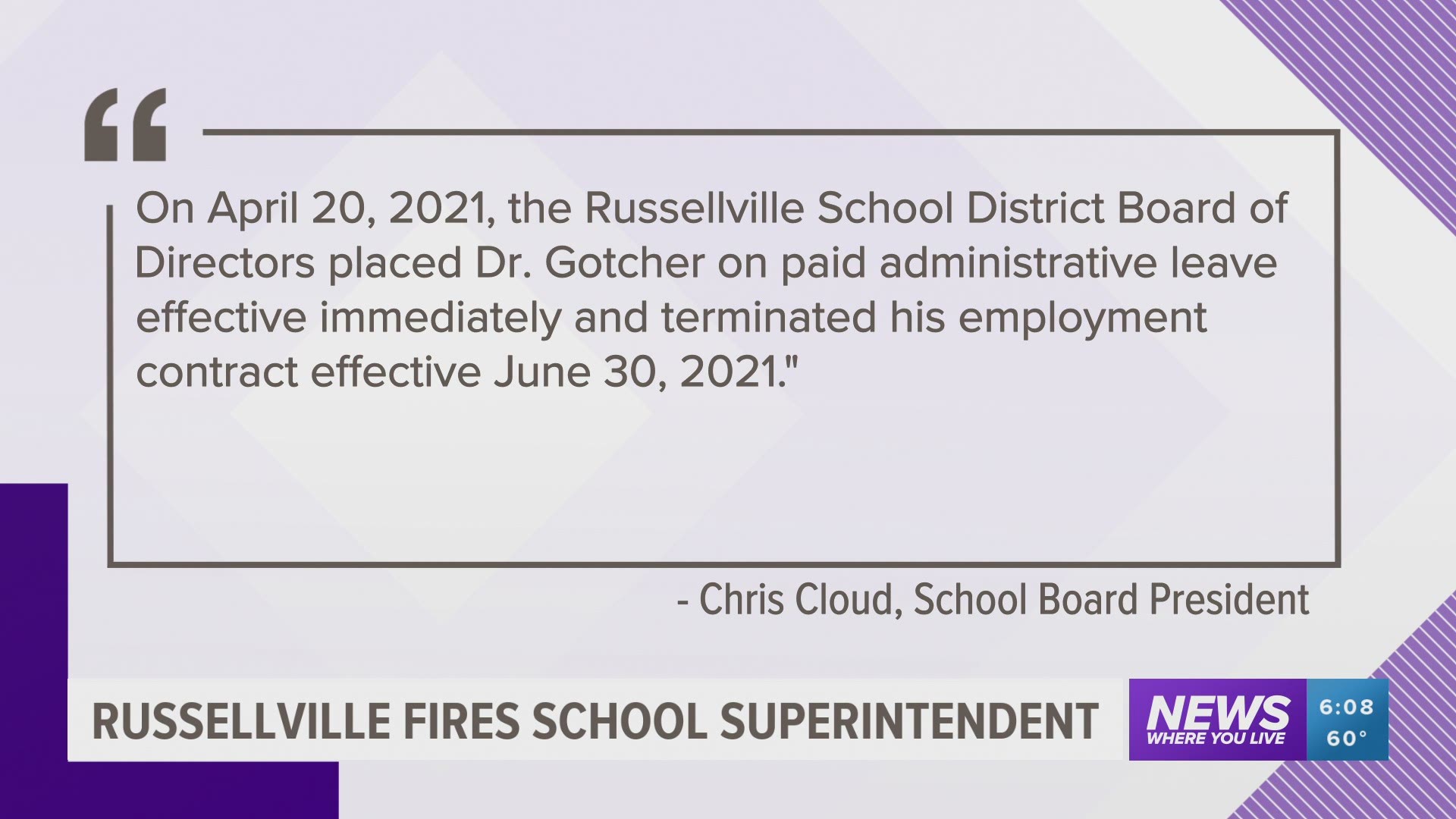 RUSSELLVILLE, Ark. — The Russellville School District is releasing more information from the board of education after the superintendent was fired from his position.

According to a statement, the board of directors evaluated the job performance of former Superintendent Mark Gotcher back in January.

They determined that he had fulfilled his duties, but decided to not extend his contract.

They say that since that time, a range of issues related to Gotcher's relationship with the board and school district staff led them to their decision to find new leadership.

On Tuesday (April 20), he was placed on paid administrative leave, and his contract will end on June 30.