Many parents out there now have several weeks of having their kids learn from home under their belts, but math may still be a struggle. 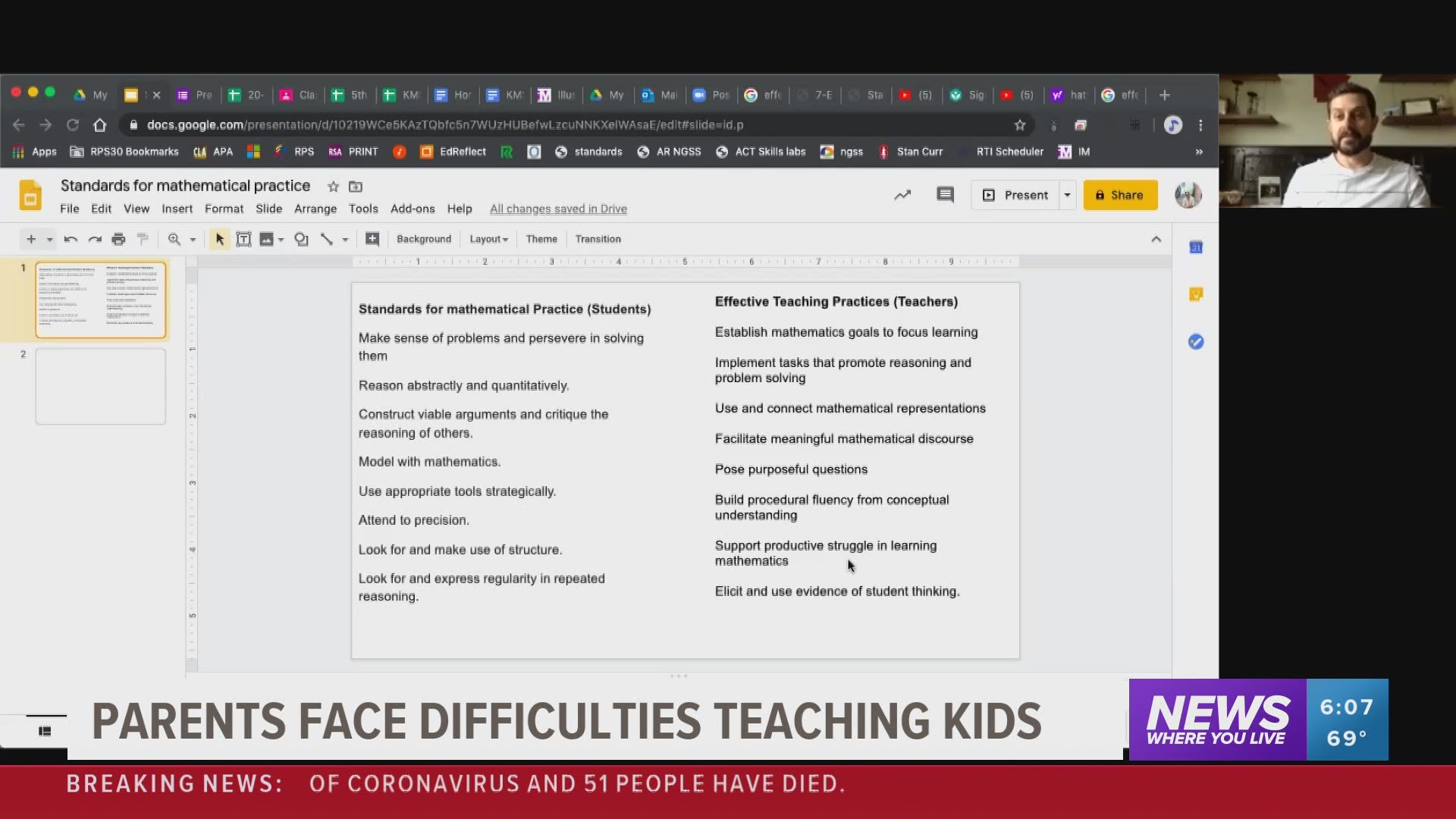 ROGERS, Ark. — Many parents out there now have several weeks of having their kids learn from home under their belts and now many weeks ahead. Some parents may be struggling to help their kids with math.

“In one word, it has been crazy. You know going into this I thought I could handle this…I’m a math teacher,” mother Alyson Ross said.

Ross has four kids ranging in age from kindergarten through eighth grade. She says she's come to realize that they each need individualized attention.

“That’s probably been the hardest part for me is having to give each of those kids the individual attention and helping in different areas," Ross said. "It’s not like a classroom where they are all on the same thing, they are all on different realms, it’s tough."

Justin Musick is the math and science academic facilitator at Kirksey Middle School in Rogers. He says a lot of teachers are using Google Meets to teach lessons and then they’ll post those videos to Google Classroom and students can go back and watch those videos.

For students, he says it can be more challenging because they have to type their answers to math questions.

“We want them to be thinking very concretely and a lot of time using pictures and drawing and diagrams and things like that, so what I kind of do for students is have them take a photo of the work they’ve done or the pictures they’ll drawn and their ideas and submit that to me,” Musick said.

“Sometimes when you think, 'oh my kid’s not getting it, they are having a hard time, they aren’t getting to the answer', you might even know the answer, but they can’t make that connection and that’s okay because that’s what we call productive struggle," Musick said. "We want them to struggle because when they are struggling, that’s when they are learning the most."

Musick says if math teachers focus on the most essential things for students to learn the rest of the year then when they return back to the classroom for the next school year, they should be ready to learn what’s next.

Another thing to remember is teachers are there to help students and they are wanting students to reach out to them whenever they need help.

RELATED: Ways to give back to local community non-profit organizations during the coronavirus outbreak