Despite recommendations by the CDC to prioritize teachers, Governor Ron DeSantis doubles down on his approach to vaccinate those 65 and older first. 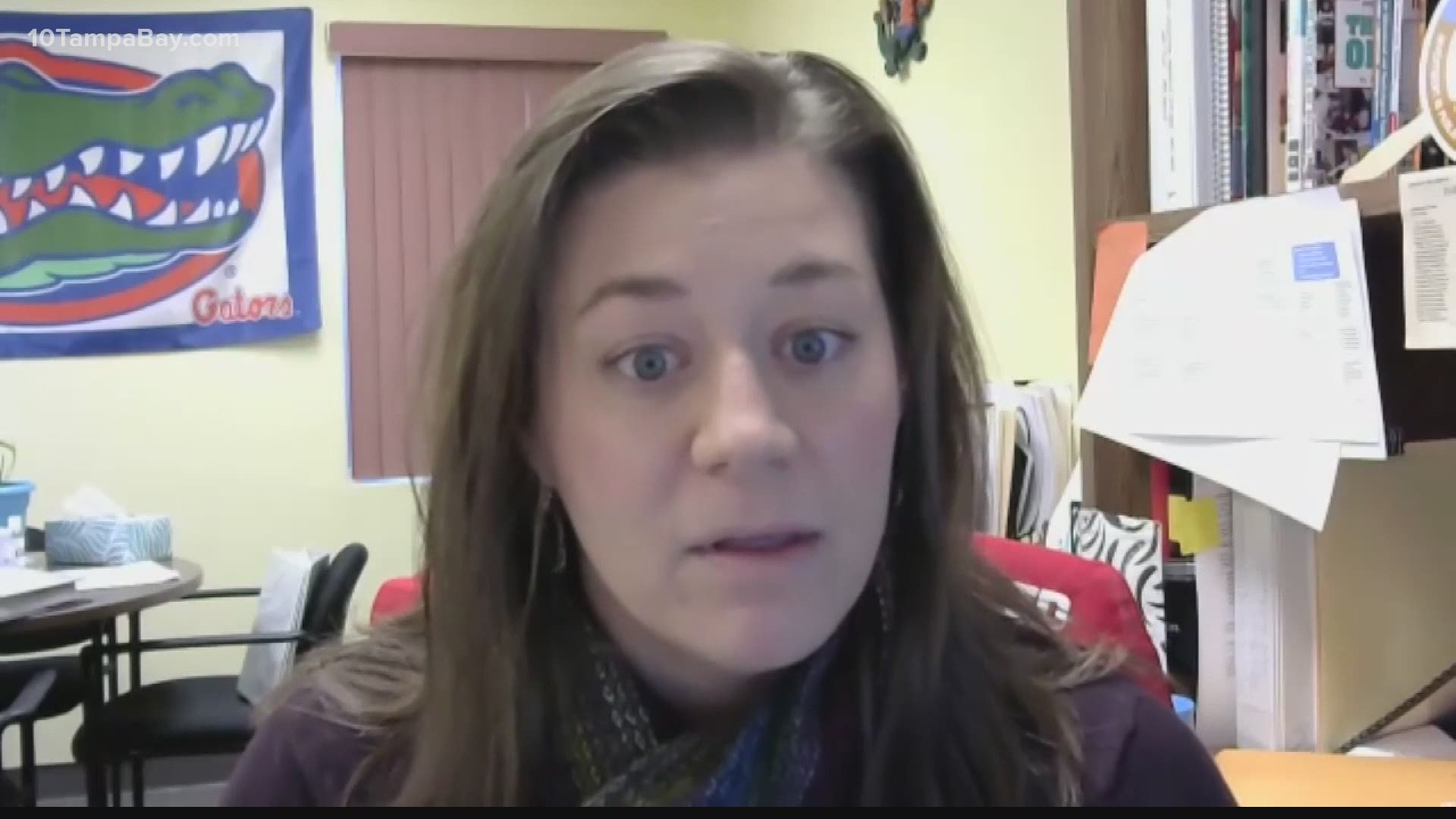 FLORIDA, USA — Early Tuesday morning at a news conference in Jupiter, Florida, Governor Ron DeSantis doubled down on his decision to vaccinate those 65 and older.

He's not prioritizing a healthy worker before a senior saying, "that’s not happening in Florida. We’re focusing on seniors."

DeSantis was in Palm Beach County to announce an expansion of the Publix vaccination program in the state which allows those 65 and older to get their COVID-19 shots at select Publix locations.

The Centers for Disease Control and Prevention outlined who should get the vaccine first when supply is limited. After healthcare workers and long-term care residents, the CDC recommends frontline essential workers including teachers along with people age 75 and older. The third prioritization group listed are those 65 and older.

DeSantis said, "when the experts were saying to put workers first, Florida put seniors first and now people are starting to follow."

However, some states are vaccinating teachers. Education Week is keeping a tracker on states as they prioritize teachers. According to their data, 11 states have made teachers eligible for the vaccine at the time of this article. The list continues to grow.

In Florida, some teachers are desperate to get in line.

"For this state government to not take care of the hundreds of thousands of school employees that are making this work right now, it’s unforgiveable," said Stephanie Yocum, President of the Polk Education Association.

Yocum, who was still in the classroom up until a few years ago, said the vast majority of her members want to get the vaccine.

"They’re frustrated. They keep seeing their kids being quarantined but they’re not quarantined. They are scared to death. She told me through text, 'if I could walk out tomorrow, I would,' but she can’t," said Yocum of a Polk County teacher.

One month ago, Hillsborough County Superintendent Addison Davis wrote a letter to Governor Ron DeSantis asking him to consider vaccinating teachers and school staff as soon as possible.

The letter said in part: "We ask you to strongly consider including PreK-12 educators and support professionals in the next grouping of those who will receive the COVID-19 vaccine in round two. We believe it is imperative that educators are among the next group to receive the vaccine as they continue to take on critical roles within our communities."

Pinellas Superintendent Dr. Michael Grego, who is President of the Florida Association of District School Superintendents(FADSS), also wrote a letter to DeSantis on behalf of FADSS and the Pinellas County School Board asking that he make teachers essential employees regardless of age so they can be vaccinated as soon as possible.

10 Tampa Bay reached out to the Florida Department of Education about Commissioner Richard Corcoran's stance on prioritizing teachers for the vaccine. We have not heard back yet.