DYER, Ark (KFSM) — Police are investigating a local church break-in and arson that happened  in Dyer. A burglar broke into Dyer Baptist Church, then proce... 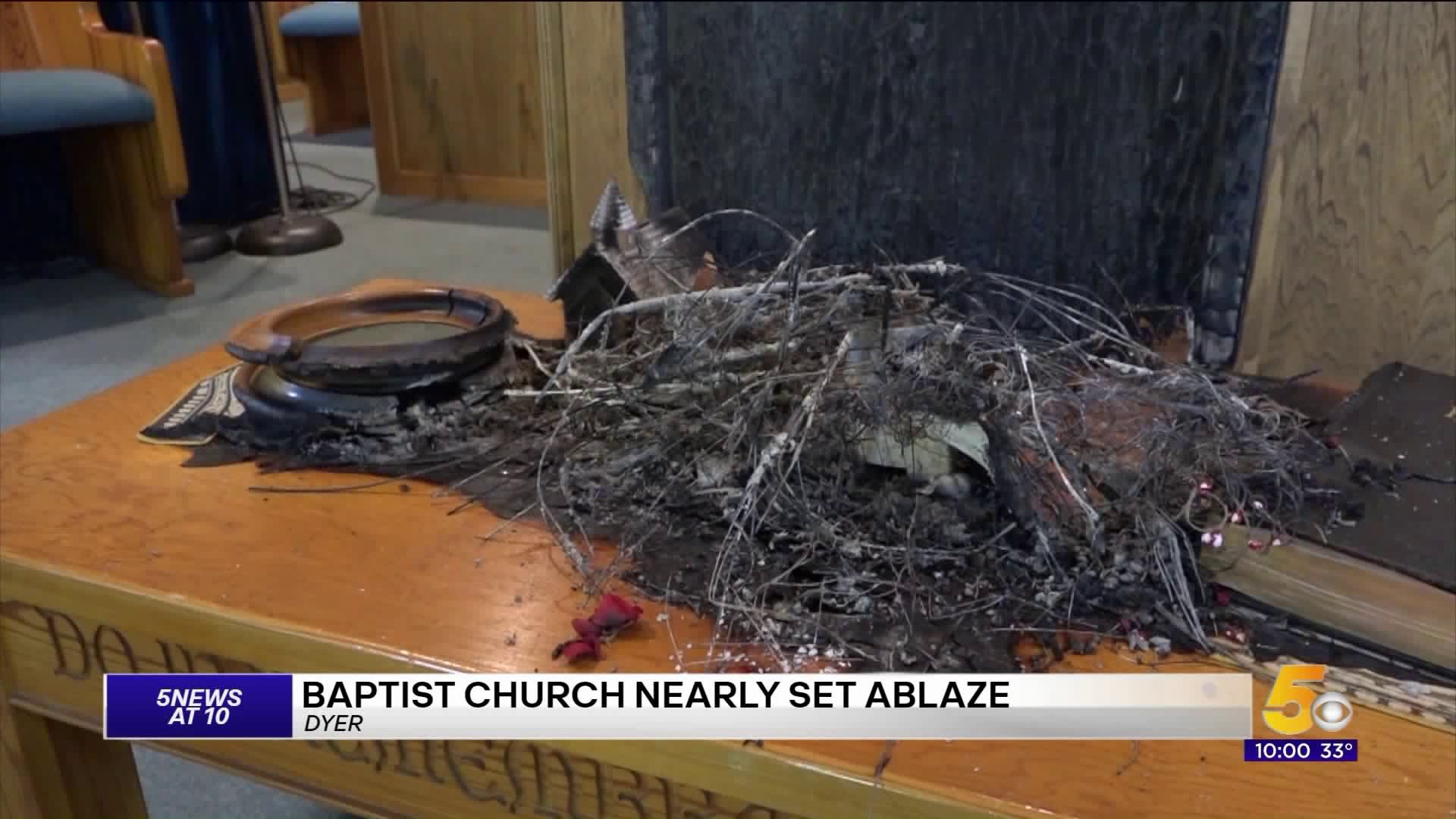 DYER, Ark (KFSM) -- Police are investigating a local church break-in and arson that happened  in Dyer.

A burglar broke into Dyer Baptist Church, then proceeded to set fire inside the sanctuary.

After inspecting the rest of the church, they found that someone had broken in through a back window.

“The carpet wasn’t even burned. There’s some chard pieces of wood on the carpet but it’s not burned. And once again I think it’s was divine intervention.” said Pastor Randy Jones.

Pastor Jones and his congregation of 40 are spared the loss of their church after a fire miraculously went out.

“And just walked into the sanctuary and set the flower arrangement on the lord's table on fire.”

Jones says he knew there had been a fire right when he walked in.

“We could smell the fire or the smoke, the char smell of the wood so we knew, of course, you could tell it before you even saw the damage,” he said.

The burglar broke in through a back window which faces away from the road.

Due to the structure of the church, the damage could have been devastating.

“The building being wood, it could have went full-blown out of control and burnt the entire building.” Said Officer Leonard.

“It could have been a lot worse. But the fire stopped and of course, we believe that God extinguished the fire, there’s no doubt in my mind,” said Pastor Jones

Pastor Jones says his church is resilient and this incident has no effect on their congregation.