Doomsday Clock Moves Closer To Midnight Than Ever Before

It is now 100 seconds to midnight. That was the ominous warning scientists laid out Thursday as the Doomsday Clock, a metaphor for how close humanity is to self... 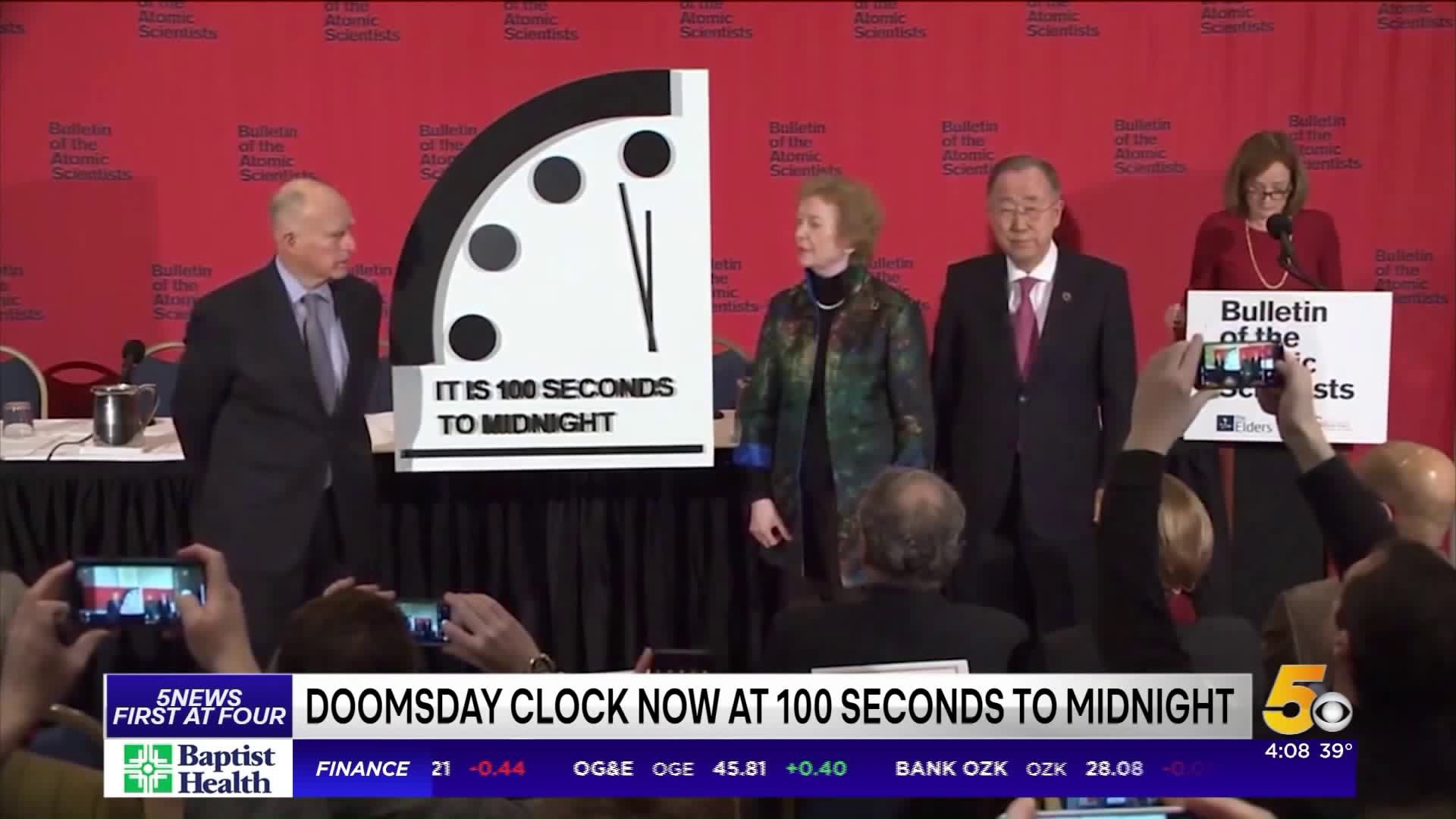 It is now 100 seconds to midnight. That was the ominous warning scientists laid out Thursday as the Doomsday Clock, a metaphor for how close humanity is to self-destruction, was moved 20 seconds closer to midnight.

The clock is now the closest its ever been to midnight, indicating humanity is closer to apocalypse than it's been since the clock's creation in 1947.

The Bulletin of the Atomic Scientists has moved the clock backward and forward 23 times since its debut to illustrate threats to humanity and the planet.

"In so doing, board members are explicitly warning leaders and citizens around the world that the international security situation is now more dangerous than it has ever been, even at the height of the Cold War," the Bulletin said in a statement.

In 2018, the clock was set at two minutes from midnight, which tied 1953 for the closest it had been in its history.

In making its decision to inch the clock closer to midnight, the group explained Thursday in a statement that humanity "continues to face two simultaneous existential dangers—nuclear war and climate change—that are compounded by a threat multiplier, cyber-enabled information warfare, that undercuts society’s ability to respond."

President and CEO Rachel Bronson declared that if decision makers continue to fail to act, "pretending that being inside two minutes is no more urgent than the preceding period—citizens around the world should rightfully echo the words of climate activist Greta Thunberg and ask: “How dare you?”

The farthest the clock has ever been from midnight was in 1991 at the end of the cold war, when it was set 17 minutes away.

“We have indeed normalized a very dangerous world in terms of the risks of nuclear warfare and climate change,” — Bob Rosner of the Bulletin’s Science & Security Board#DoomsdayClock pic.twitter.com/fHX7P6PY2S