ROGERS, Ark. (KFSM) — Clean up continues in Benton County after two tornadoes ripped through the area two weeks ago. A lot of debris still needs to be picked up... 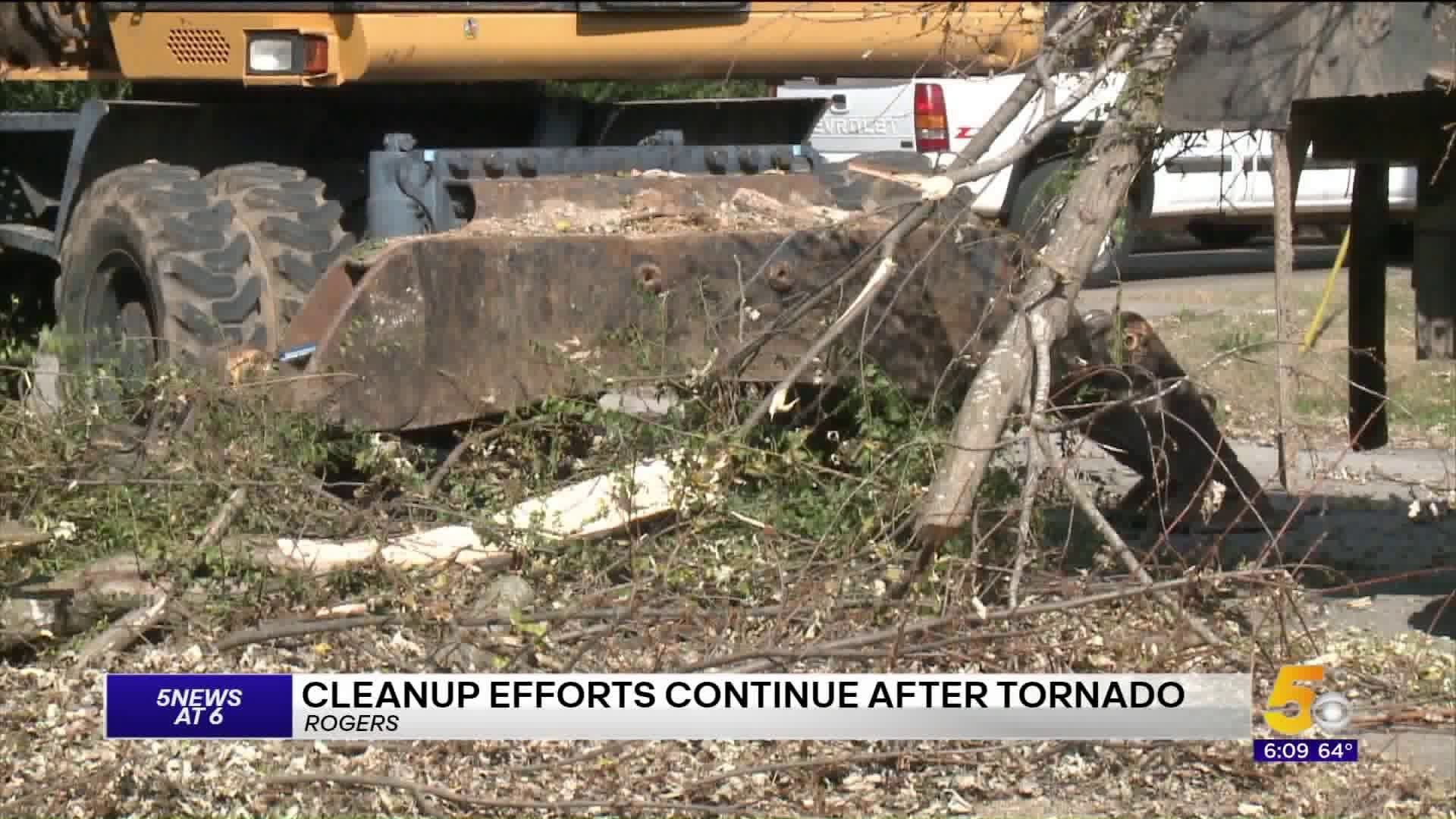 ROGERS, Ark. (KFSM) — Clean up continues in Benton County after two tornadoes ripped through the area two weeks ago.

A lot of debris still needs to be picked up in places like Rogers.

Workers with the Rogers Street Department are using a forklift to pick up trees and load them into dump trucks.

Some residents are surprised by the amount of damage still scattered throughout the city.

“I’ve lived here pretty much my whole life, and I don’t remember one that was as bad as this one as far as damage," Zachary Fielding said.

Most of the debris is being dropped off in a clearing near Dixieland Road next to the Blossom Way Trail and Rogers High School.

Those who walk the trail every day are curious about what the city plans to do with this tree graveyard.

“Thousands and there are still thousands down. We just walk to trail up around Emmanuel Baptist, and there’s a whole row of trees on that are blown down, and there are lots of places like that still haven’t even been touched," Tim Cox said.

He says the tornado passed right over his house, but luckily, the only damage was three downed trees.

“About a mile east of my house it must have touched back down again, and it really tore up a lot of trees, and it went through a grove of my church and really took down a whole lot of oak trees," Angell said.

So far, between 100-130 dump truck loads have been hauled off nearly every day for the past couple of weeks. Franki Guyll, the superintendent with the Rogers Street Department, says they are about halfway done, but there’s a long way to go.

Guyll says the plan is to order a second grinder to chip away at the debris.

Some residents are satisfied with the progress made so far.

The city council has to approve funding to purchase a second grinder to speed up the process.

He says it could still take a couple of more weeks before work is completed.