(CNN) — It appears the end of the long General Motors strike is at hand. There are a few hours left for the rank-and-file to vote on a tentative labor contract ... 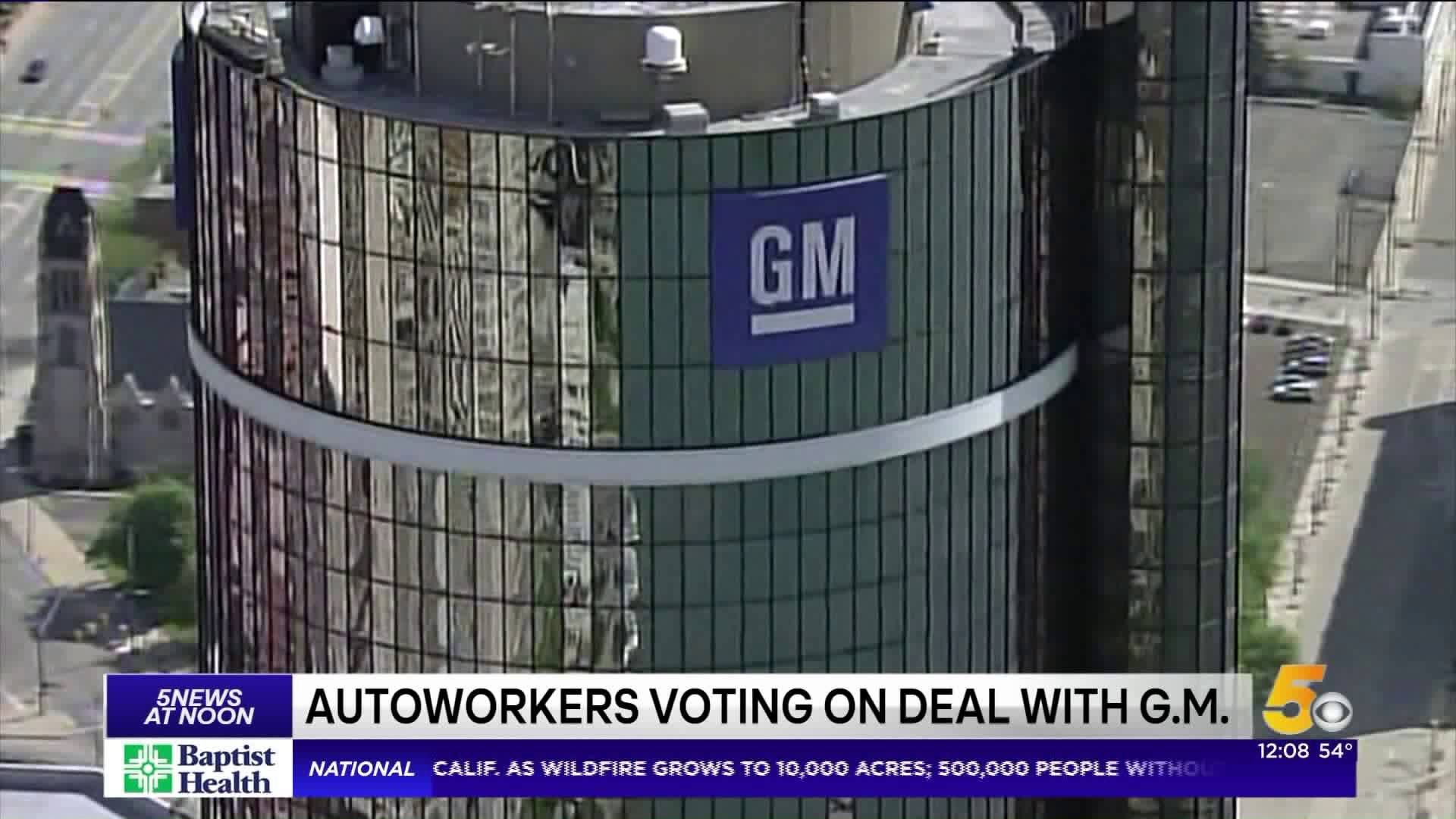 (CNN) — It appears the end of the long General Motors strike is at hand.

There are a few hours left for the rank-and-file to vote on a tentative labor contract that would end the walkout, but the votes announced so far are strongly in favor of the deal.

There are several large union locals that represent workers at some of GM's bigger plants that have yet to announce results or even complete the voting process. But they would have to vote overwhelmingly against the deal for it to be defeated. Votes can be submitted up to 4 pm Friday.

If more than 50% of the members who vote approve the contract, it will be approved and strikers will return to work.

The strike by nearly 50,000 hourly GM workers started Sept. 16, nearly five weeks ago. It is the largest against a US business since the last GM strike 12 years ago. But that strike was over in less than three days. This strike is the longest auto industry work stoppage in more than 20 years. GM has lost about $1.75 billion due to the walkout, according to an estimate from Anderson Economic Group, a Michigan research firm.

The deal was reached between union and company negotiators more than a week ago, although members stayed on the picket line until the ratification process could be completed.

Strikers have received strike benefits of only $275 a week. That's far below the more than $30 an hour that veteran UAW members make.

The new contract would pay strikers an $11,000 signing bonus, which should help them recoup much of their lost wages, although GM was offering a signing bonus even before the strike started. Under the proposed deal, wages for most veteran workers will rise by 6% during the four-year life of the contract to $32.32 an hour. And the union got the company to drop its demand that workers pay a larger percentage of their own health care costs.

But the union failed in its efforts to save three plants — an assembly line in Lordstown, Ohio, and transmission plants in Warren, Michigan, and Baltimore, where GM halted operations earlier this year. The union wanted GM to shift some of its production from Mexico, where the company built more than 800,000 cars and trucks last year, back to US plants, but GM refused.

While most of the autoworkers at those three plants have found jobs at other GM factories, many had to relocate to take those jobs. Anger among both union leadership and rank-and-file about those plant closings raised doubts about whether this labor deal would pass. But after five weeks on the picket lines, workers were apparently willing to accept the closings for a chance to get back to work.