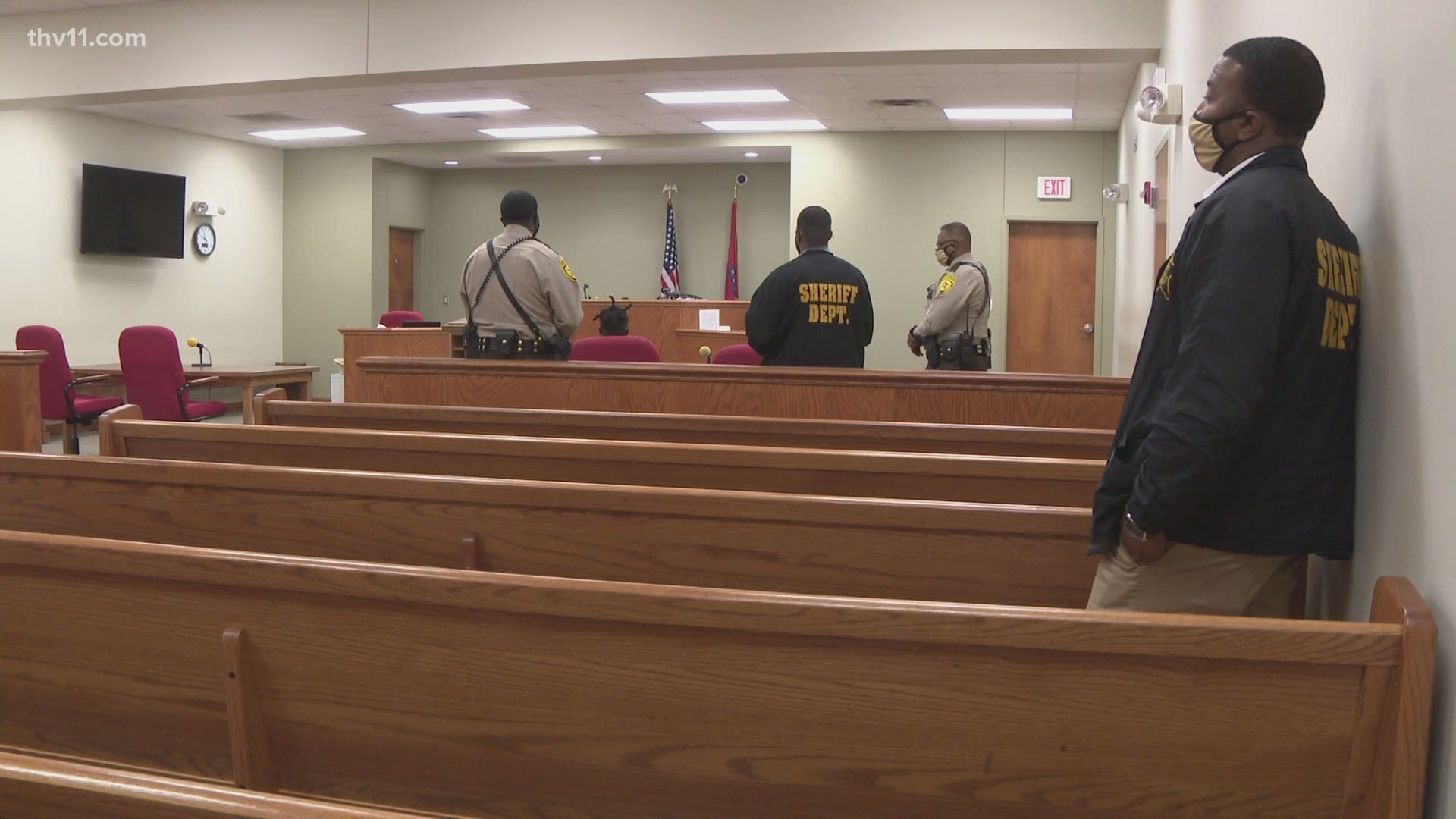 PINE BLUFF, Ark. — The suspect in the Watson Chapel Jr. High shooting has been charged as an adult with no bond. The charges have been upgraded from 1st degree battery to capital murder after the victim died.

On Monday, March 1, Pine Bluff police responded to the Watson Chapel Jr. High to the report of a shooting.

Officers arrived and found a 15-year-old male near the office, suffering from a gunshot wound. The victim, Daylon Burnett, died a few days after the shooting.

The 15-year old juvenile shooter, Thomas Quarles, was found behind a house near the school by the Arkansas Department of Corrections dog squad, according to police.