35-year-old Charles Kramer was staying with relatives in Bentonville before deciding to turn himself in. 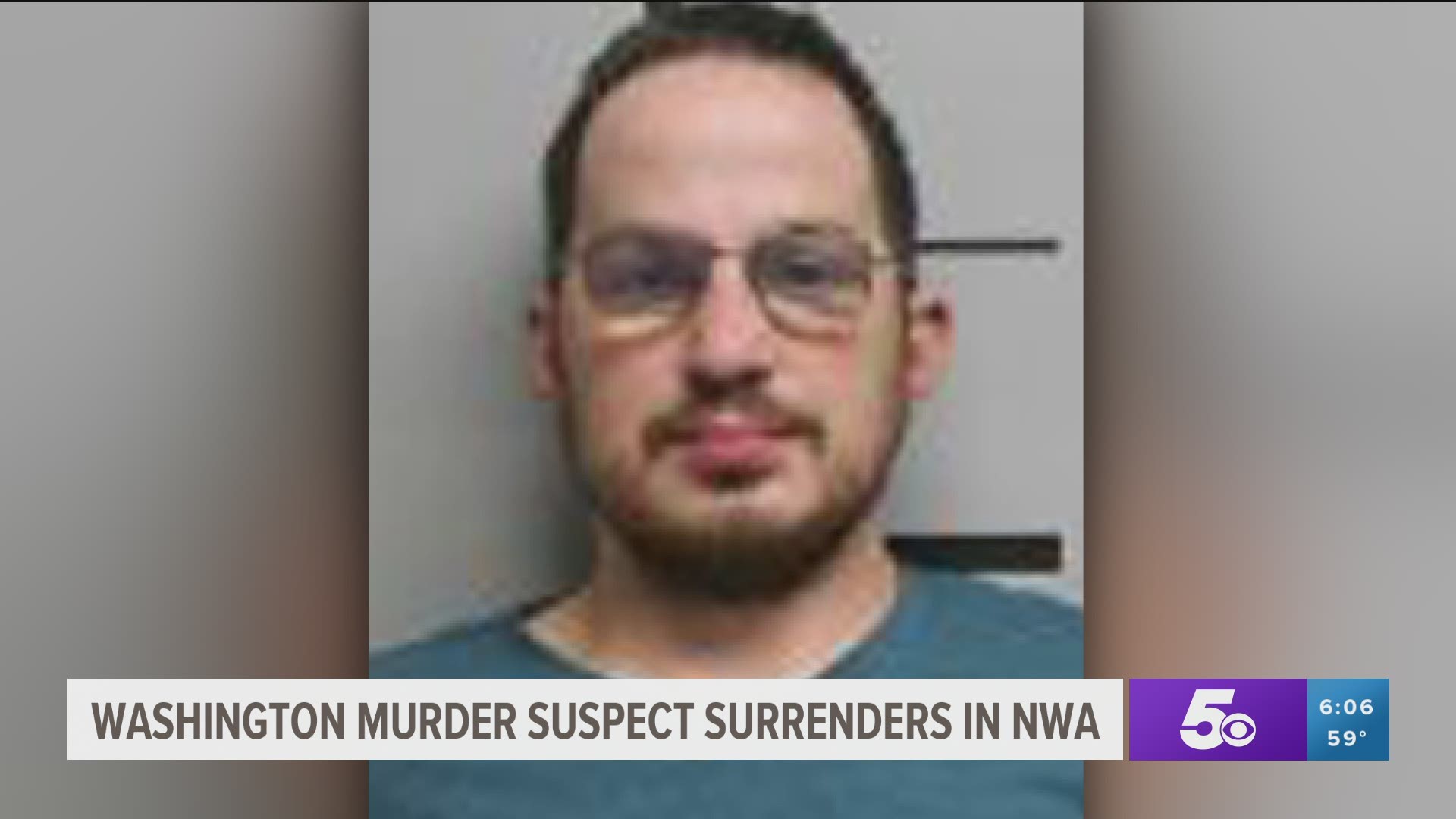 SEATTLE — Authorities in Washington state have confirmed that a man charged in the shooting death of his mother in May turned himself into police in Arkansas earlier this week.

The Seattle Times reported that Redmond Police spokesperson Andrea Wolf-Buck said 35-year-old Charles Kramer was staying with relatives in Bentonville, Arkansas before deciding to turn himself in.

According to Redmond Police out of Washington, investigators were able to gather enough DNA evidence from the murder weapon to issue an arrest warrant for Kramer.

King County prosecutors charged Kramer on Friday with premeditated first-degree murder after accusing him of shooting his 59-year-old mother Ramona Whited with a hunting rifle while she slept on May 13.

Court records do not yet indicate if he has an attorney who could comment on his behalf.

Officer Andrea Wolf-Buck with Redmond PD, says Kramer had undiagnosed mental health issues, and after talking with the family she learned the mother and son did not have an outstanding relationship.

“He’s 35 years old living with his mom, there had been allegations of abuse and a very contentious relationship which might have come in to play,” Wolf-Buck said.

Wolf-Buck says Kramer was not on the run, and they were aware he had family living in Bentonville.

Officers with the Kings County Sheriff’s department said it should take a week to 10 days to have Kramer extradited back to Washington to await trial.

RELATED: Fayetteville man arrested after attempting to meet up with a 13-year-old girl