Police say a man tried to take a woman's phone, pushed her to the ground and attempted to remove her clothing before running away. 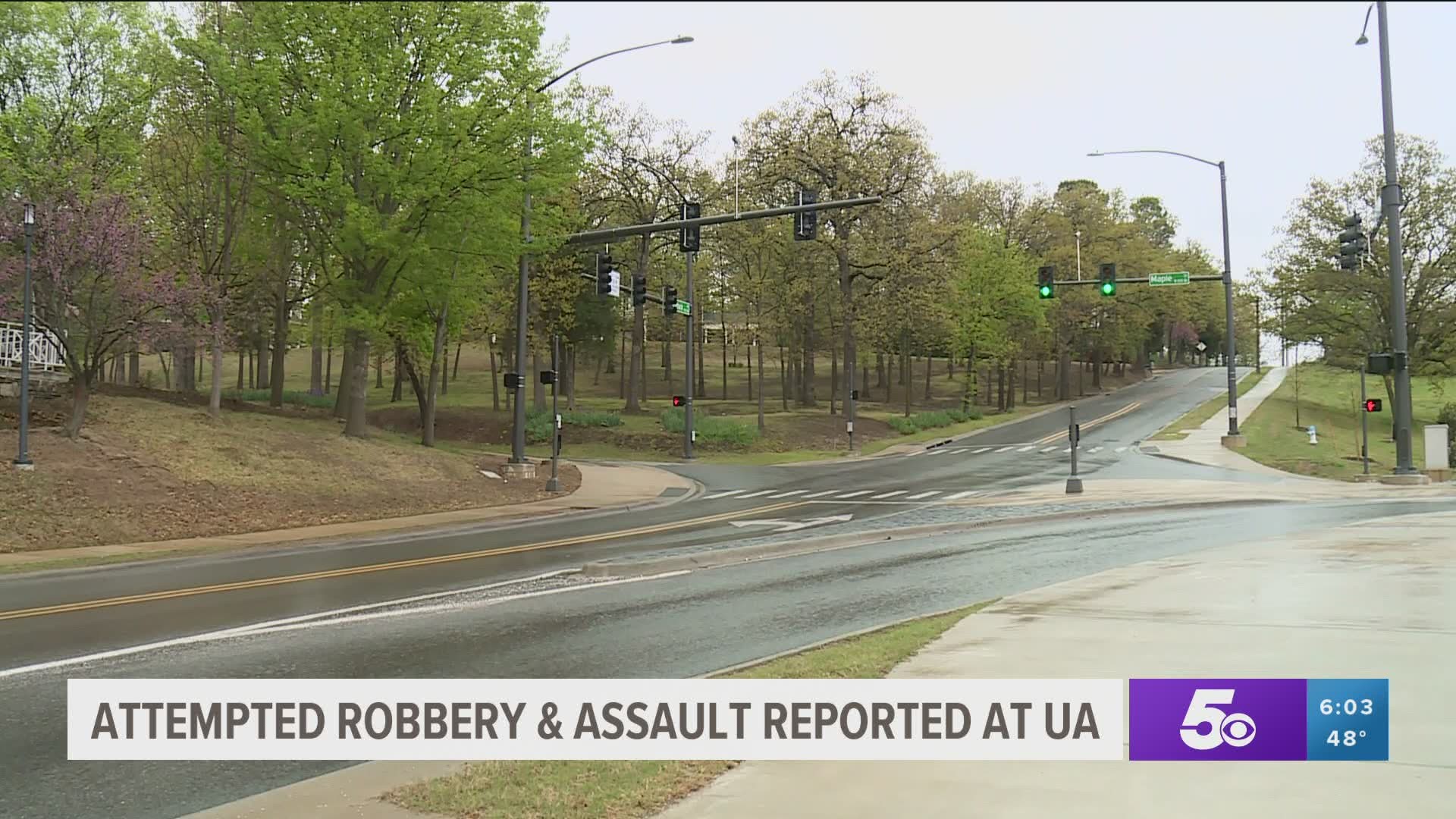 According to an alert sent out by the University of Arkansas Police Department (UAPD), at 3:00 a.m., a person not affiliated with the campus reported an attempted robbery and assault occurred on Razorback Road north of Maple Street.

The victim told officers a white male approached her on foot and asked to borrow her phone. She refused, and the suspect pushed her to the ground and made an attempt to remove her clothing before running away southbound on Razorback Road.

UAPD Captain Gary Crain says the suspect and victim did not know each other and the woman had no affiliation to the U of A.

Right now police do not know the identity of the man and do not have a good description of the suspect.

While there have been a record number of reported rapes on campus so far this year, Captain Crain says this incident is the first of its kind to happen.

“Rape cases were all people that knew each other in a social setting situation to begin which ended with the crime being committed and reported. In this case, the victim did not know the suspect,” he said.

UAPD is asking those on the University of Arkansas campus to remain alert and practice personal safety precautions and be cautious if you are approached by someone you do not know. Officers will provide escorts by request.