Two Arkansas men could face federal charges following their actions at the U.S. Capitol during riot

Both men are accused of crimes that occurred during the siege of the U.S. Capitol. 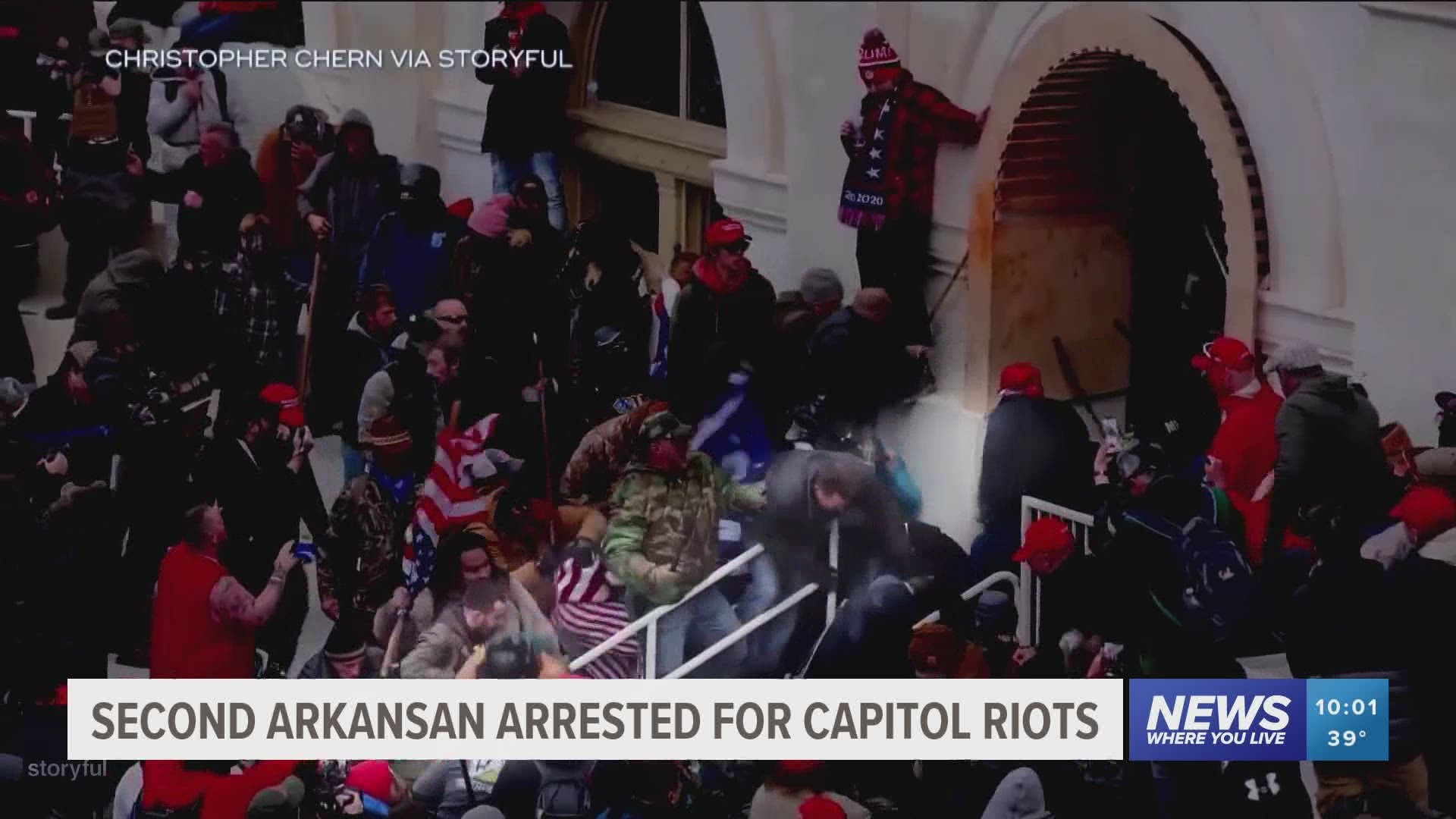 WASHINGTON — New information on two Arkansas men charged for crimes the FBI says they committed at the U.S. Capitol during the riots has been released.

The Department of Justice has now charged Peter Stager, who was seen on video beating a police officer with an American flag during the riot on Capitol hill as federal officers look to crack down on those who took part in the violence that resulted in five deaths.

Stager is accused of participating in the riot and beating a Washington D.C. officer with an American flag during the frenzy.

Court documents state that the officer Stager beat with an American flag was guarding an entrance into the U.S. Capitol. The officer was guarding the entrance when members of the mob drug him down a flight of stairs and began repeatedly striking him, according to an affidavit.

Stager was charged after a confidential informant alerted the FBI that they recognized him from videos posted of the riot. Stager was also shown on video saying "Everybody in there (Capitol building) is a treasonous traitor. Death is the only remedy for what's in that building."

The FBI has also released its findings after searching Richard Barnett's Gravette home, where they found a stun gun he allegedly carried into the Capitol building.

Barnett is accused of stealing a letter from the office of Speaker of the House Nancy Pelosi.

Barnett appeared in federal court this week and is facing several federal charges for his time storming the Capitol. One of those charges includes Knowingly Entering or Remaining in any Restricted Building or Grounds Without Lawful Authority With a Lethal Weapon.

The lethal weapon the charge is referring to is the stun gun found in his home.

Barnett remains in the Washington County Detention Center tonight but is expected to be transported back to Washington D.C. If convicted, he could face over a decade in prison.

Both men are accused of crimes that occurred during the siege of the U.S. Capitol.

🧵This terrorist beat a cop down with an American Flag. @FBIWFO
pic.twitter.com/nJ3dVHUXqg

Investigators believe the man seen in the video above, beating a Capitol Officer with a flag pole, is Stager.

Stager told authorities that he didn't know the man he was hitting was a cop and that "he thought the person he was striking was ANTIFA." The officer survived the attacks.

During the siege, Stager was allegedly caught on camera saying, "death is the only remedy for what's in that building."

His photo gained traction online after being shared on an FBI wanted list. Documents show a confidential source recognized Stager from a social media post.

Stager turned himself in and is currently in custody in Pulaski County. He is being held on no bond.