Police say the actor was shot in the back multiple times and was pronounced dead at the scene of the shooting. 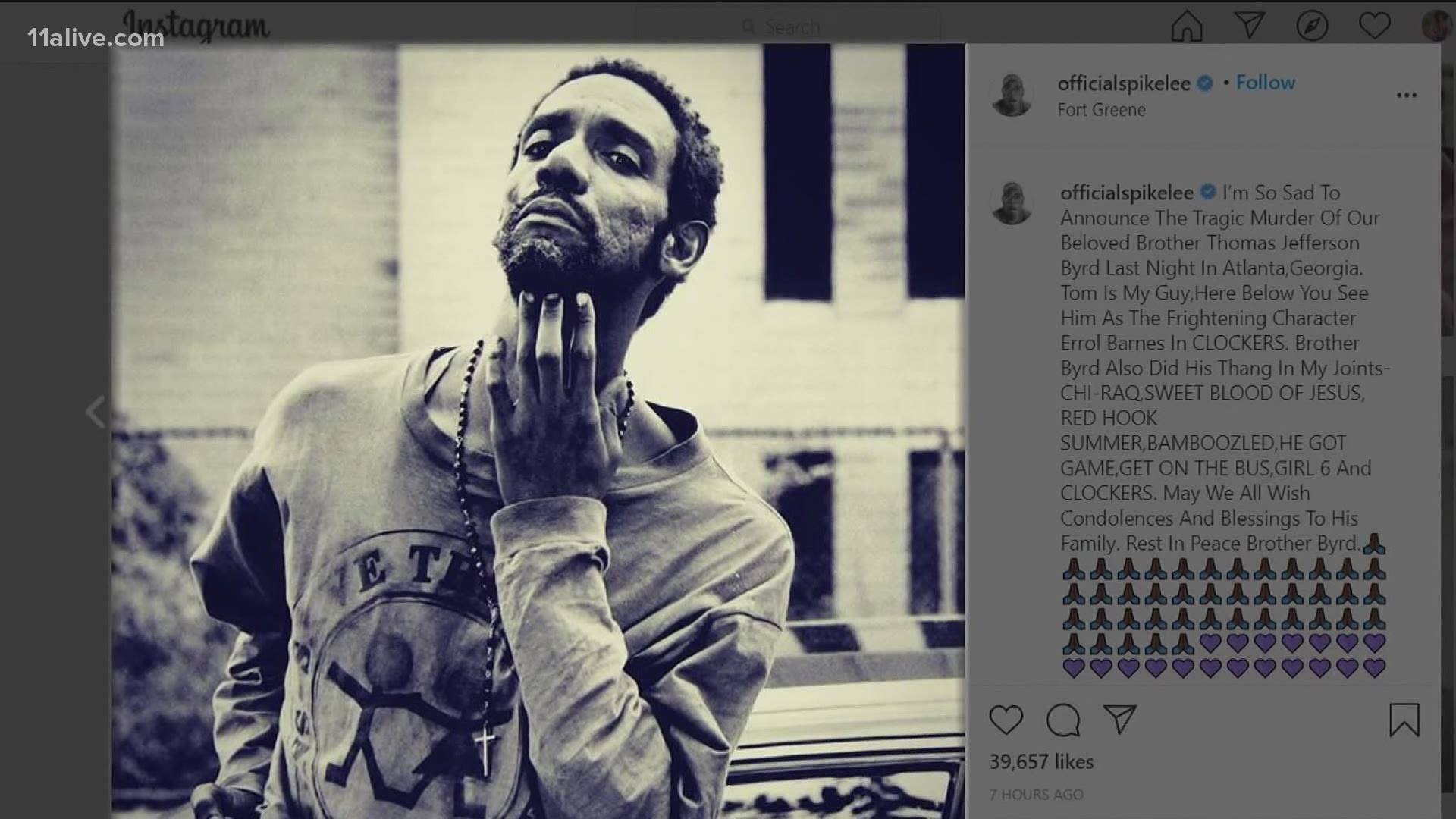 ATLANTA — Atlanta Police announced Tuesday the reward for information leading to an arrest for the murder of a well-known Atlanta actor is up to $10,000.

Thomas Jefferson Byrd was killed Saturday off Belvedere Avenue in southwest Atlanta. Police say Byrd was shot in the back multiple times and was pronounced dead at the scene of the shooting.

Byrd was known for his roles in many Spike Lee films and was nominated for a Tony Award in 2003 for his performance in the Broadway revival of “Ma Rainey’s Black Bottom."

Investigators are actively working to identify the suspect in this crime and are asking anyone with information to contact the Atlanta Police Homicide Unit or Crime Stoppers at 404-577-8477. Callers can remain anonymous and still receive the $10,000 reward.

Since his death, major names in the community and the entertainment industry have spoken out - including director Spike Lee - who had worked with Byrd in several movies.

"May we all wish condolences and blessings to his family," Lee wrote. "Rest in Peace"

He listed several of his own movies in which Byrd had been a part of, including Chi-Raq, Sweet Blood of Jesus, Red Hook Summer, Bamboozled, He Got Game, Get On the Bus, and Clockers.