Police say 30-year-old Mujera Benjamin Lungaho of North Little Rock has been arrested in connection to the vandalism of a Little Rock cemetery. 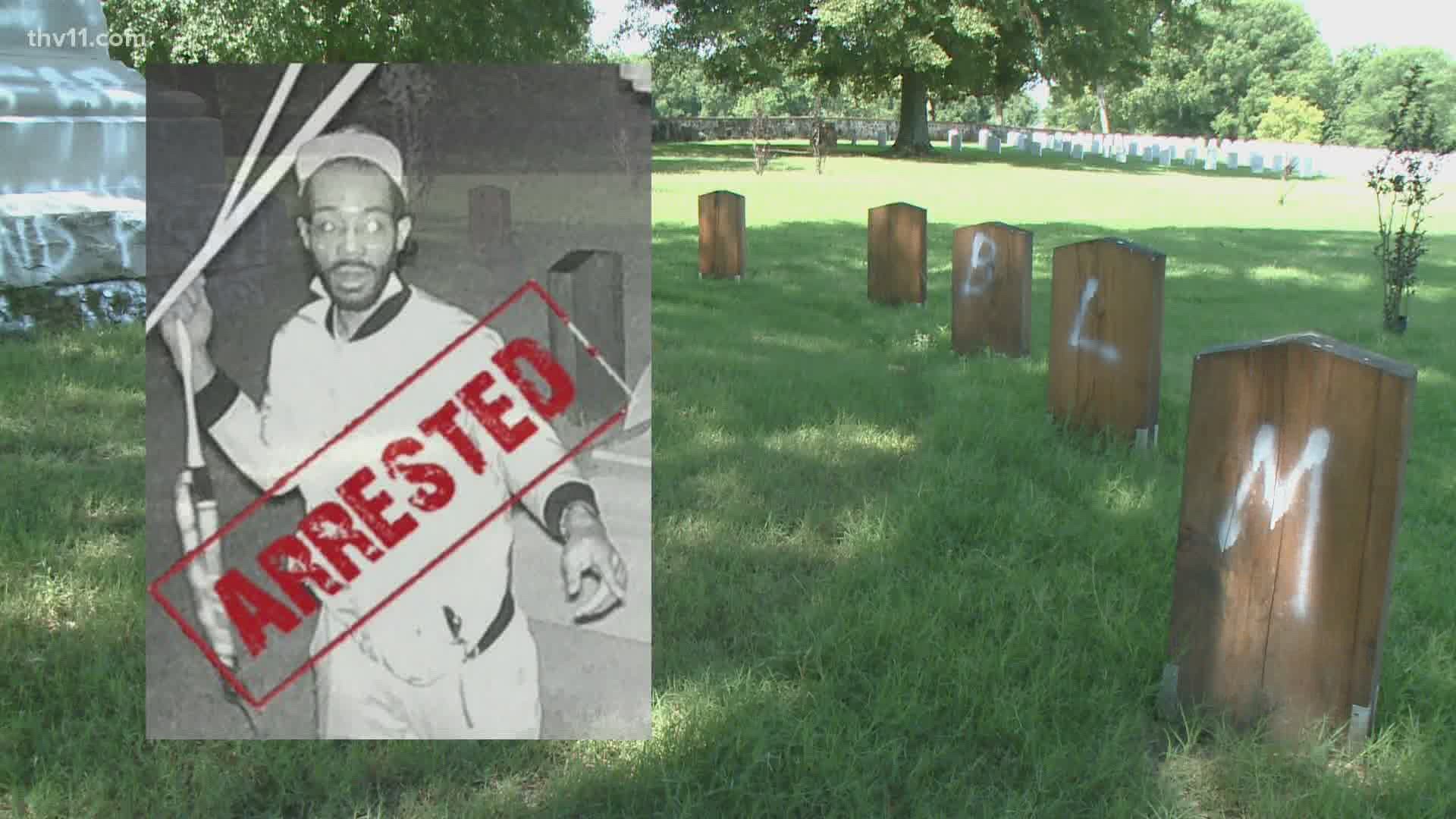 LITTLE ROCK, Ark — According to the Little Rock Police Department, 30-year-old Mujera Benjamin Lungaho of North Little Rock has been arrested in connection to the vandalism of a Little Rock cemetery.

On July 10, officers responded to Oakland Historic Cemetery where they found numerous headstones and a Confederate Memorial obelisk had been damaged or destroyed.

Police say Lungaho will be charged with 1st degree criminal mischief and desecration or removal of a cemetery or grave marker.

Damages are set to be over $50,000, which exceeds the statutory limit set in City code to charge with the City's new Hate Crime Ordinance.

In an update on September 18, officials confirmed Lungaho has been charged with conspiracy and use of explosive materials for malicious damage to federal property. He is in federal custody.

This is in connection to vandalism that occurred to both LRPD and NLRPD property.

The investigation is on-going.

We will edit this article with updates as they are provided.