Police are searching for a suspect(s) they say robbed a bank in Springdale on Tuesday. 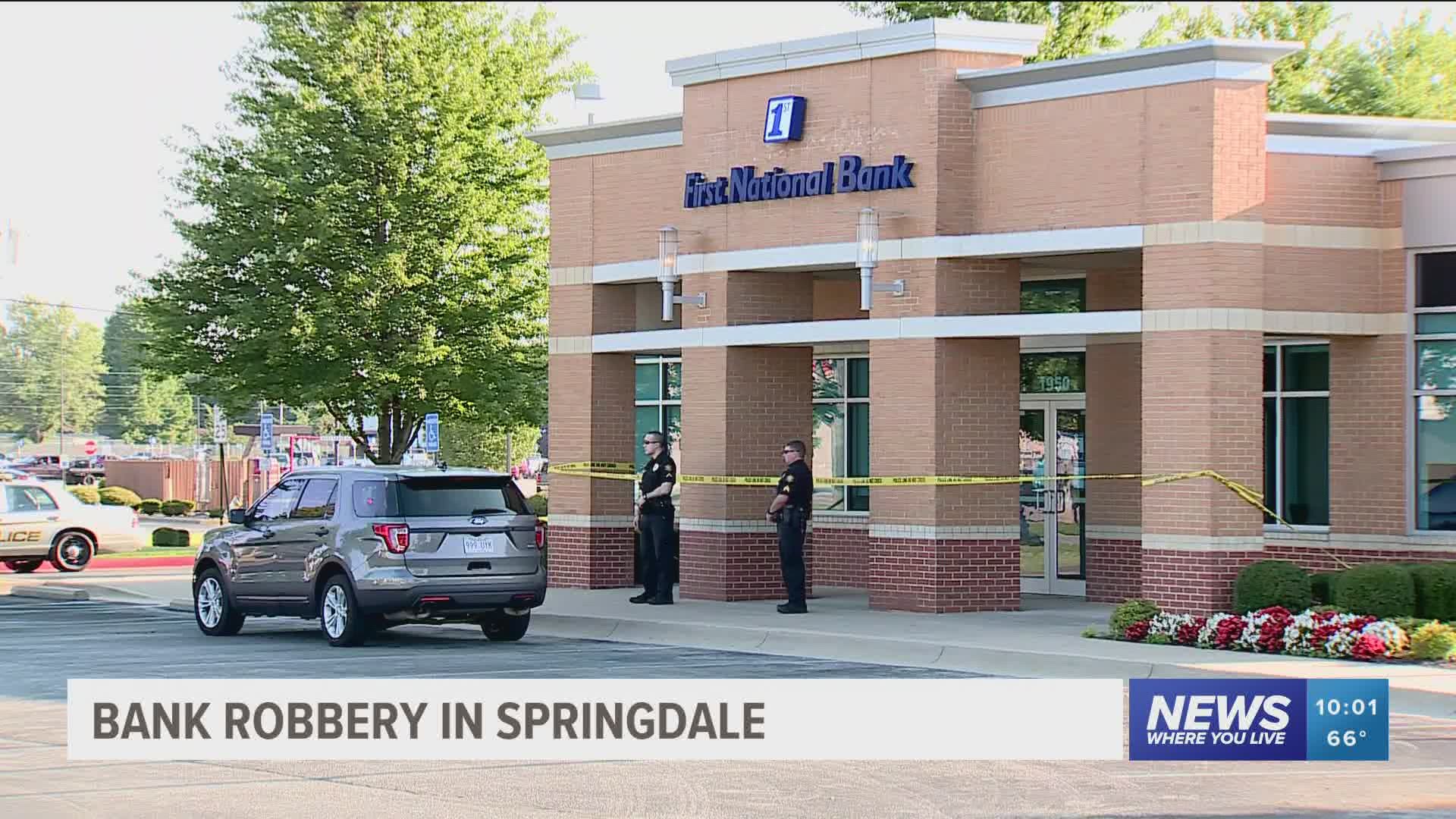 SPRINGDALE, Ark. — Authorities are searching for a suspect who allegedly robbed a bank in Springdale Tuesday (Aug. 4) evening.

According to Lt. Jeff Taylor with Springdale Police, there was a bank robbery at the First National Bank on S Pleasant St. in Springdale Tuesday.

Officers arrived on scene and were told that a dark-skinned male entered the bank and passed a note to the teller demanding money. The male left the bank on foot with an undetermined amount of money, according to the Springdale Police Department.

The male suspect is described as being between 5'6" and 5'8" wearing a white long sleeve shirt, gray pants, white shoes, a dark cap and a face mask.

No weapons were seen and no one inside the bank was injured in the incident.

"When officers arrived on scene they were advised that a person walked in and handed a note to the teller, demanded money and left the bank on foot with an unknown amount of money at this time," Taylor said.

Anyone with information about the suspect is asked to call the Springdale Police Department at 479-751-4542 or their Criminal Investigation Division at 479-750-8139.

RELATED: Fun City Pizza closes until pandemic is over