Several police cruisers damaged during a pursuit in Sebastian County

A woman has been arrested after leading several law enforcement officers on a chase through south Sebastian County Tuesday (May 5) morning. 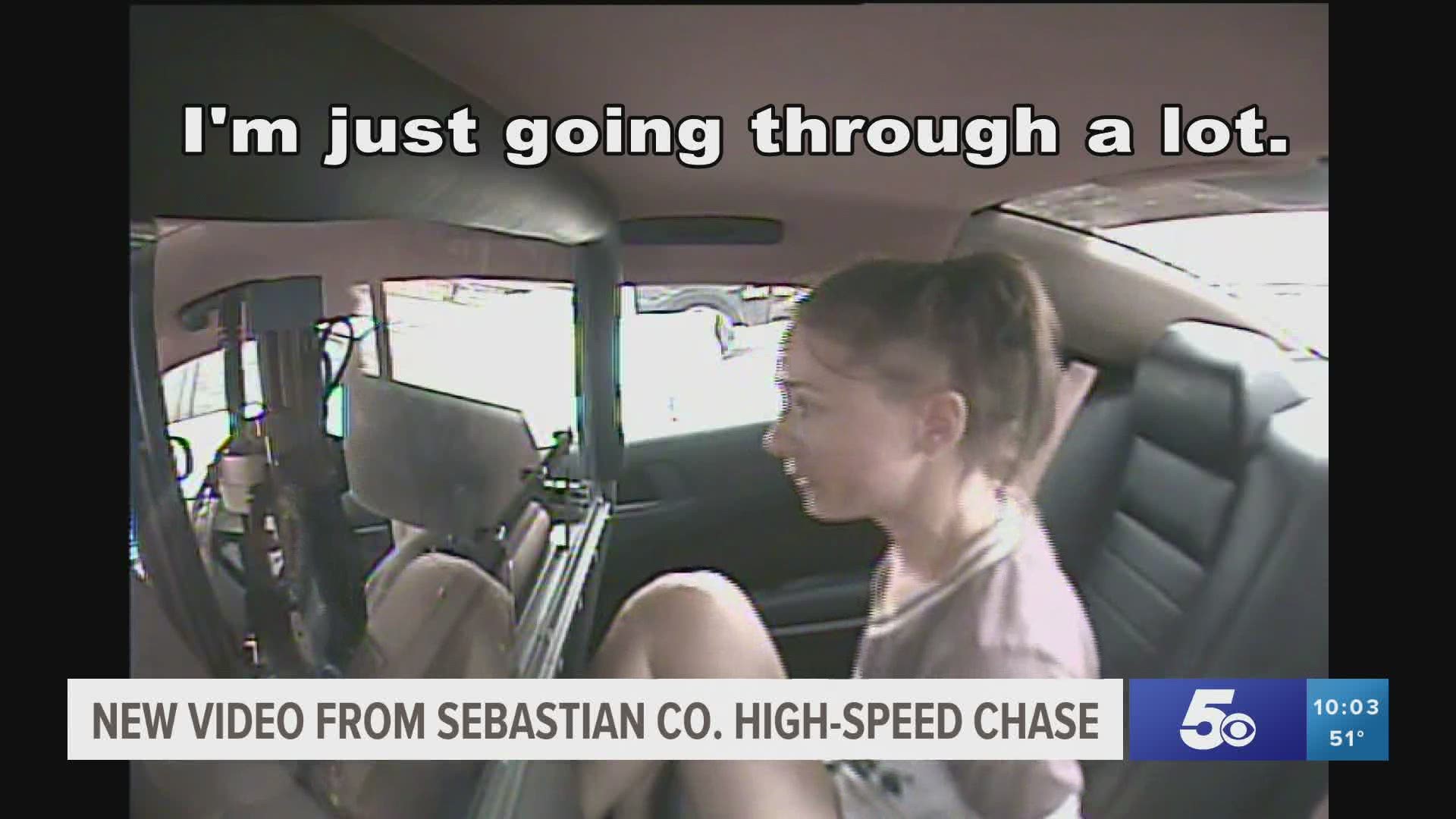 SEBASTIAN COUNTY, Ark. — A red 4 wheel-drive Dodge pickup and handgun were reported stolen Tuesday (May 5) morning from the 1700 block of Highway 45 near Hackett.

Around 11:15 a.m., a woman was found driving the reported stolen vehicle on Highway 71 near Greenwood and led deputies on a chase around south Sebastian County.

Deputies reported the woman was brandishing a firearm.

State police intervened and were able to stop the suspect using a PIT maneuver on Highway 71 in the Jenny Lind Community between Fort Smith and Greenwood.

Several law enforcement vehicles were damaged or destroyed in the chase.

The woman reportedly rammed one of the Sebastian County Sheriff's Office vehicles during the pursuit.

The suspect also hit an Arkansas State Police (ASP) vehicle in a first attempt to PIT, knocking the plastic front off the patrol unit.

The ASP vehicle involved in the final pit maneuver was also damaged.

Police have identified the driver as Jennifer K. Porter, 27, of Fort Smith.

She was arrested and turned over to local authorities, along with the stolen truck.

Porter is facing several charges due to the chase, including eight counts of aggravated assault, felon in possession of a firearm, and felony fleeing.

No one was hurt during the chase or PIT maneuvers.