An investigation led to the arrests of 33-year-old John Kelsey and 25-year-old Juan Macias-Torres. 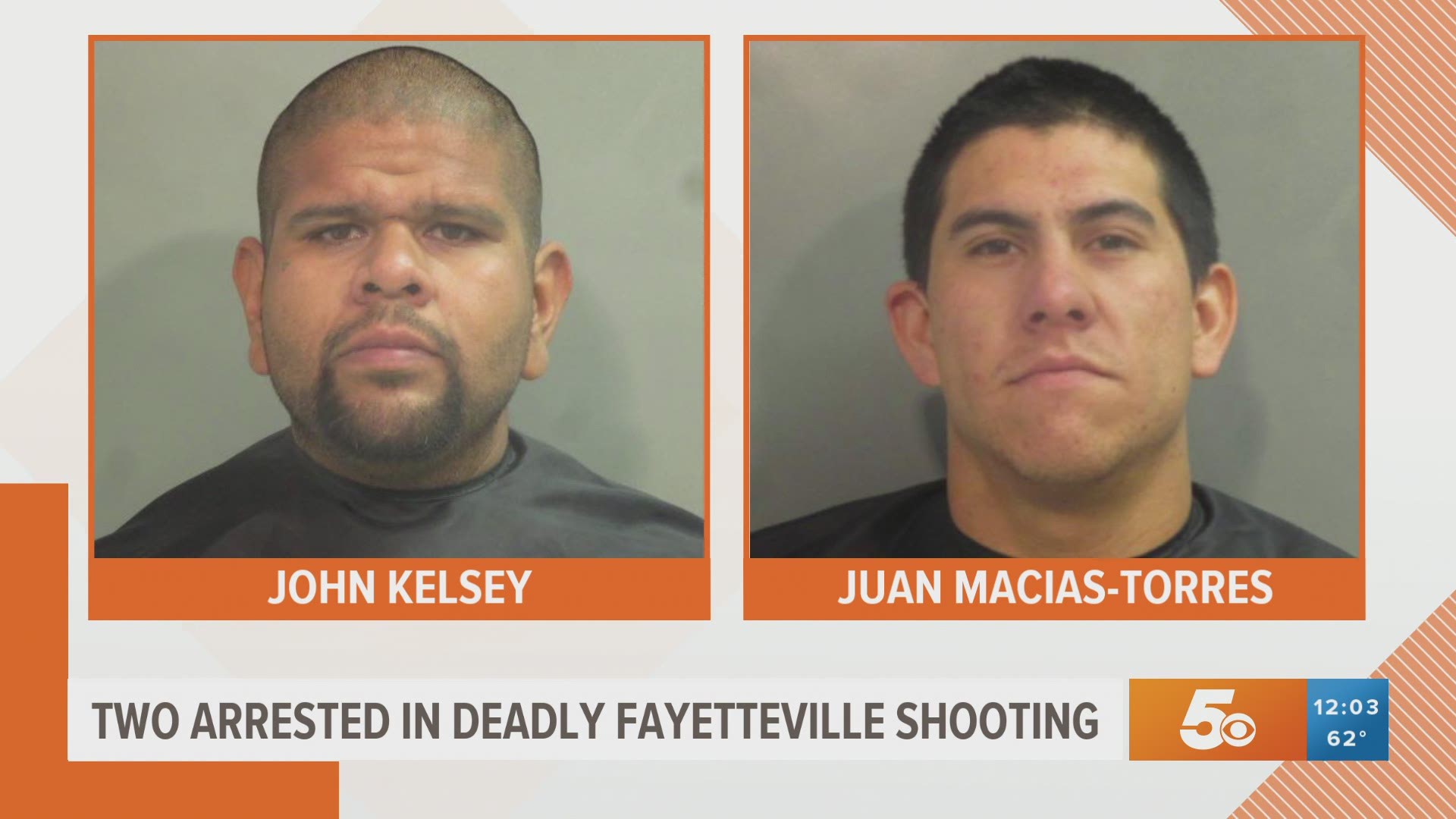 Arrests have been made in connection to the murder of Greg Lovejoy that occurred on Daisy Ln. last week.

On April 29, at approximately 6:35 a.m., Fayetteville Officers responded to the shooting and found Lovejoy with a gunshot wound.

He was transported to an area hospital for treatment where he later succumbed to his injuries.

An investigation led to the arrests of 33-year-old John Kelsey and 25-year-old Juan Macias-Torres.

Both are being held at the Washington County Jail.

Anyone with any information regarding this case is asked to contact the Fayetteville Police Department at (479) 587-3555.