5NEWS is not naming the photographer at this moment because they have not been arrested or charged at this time. 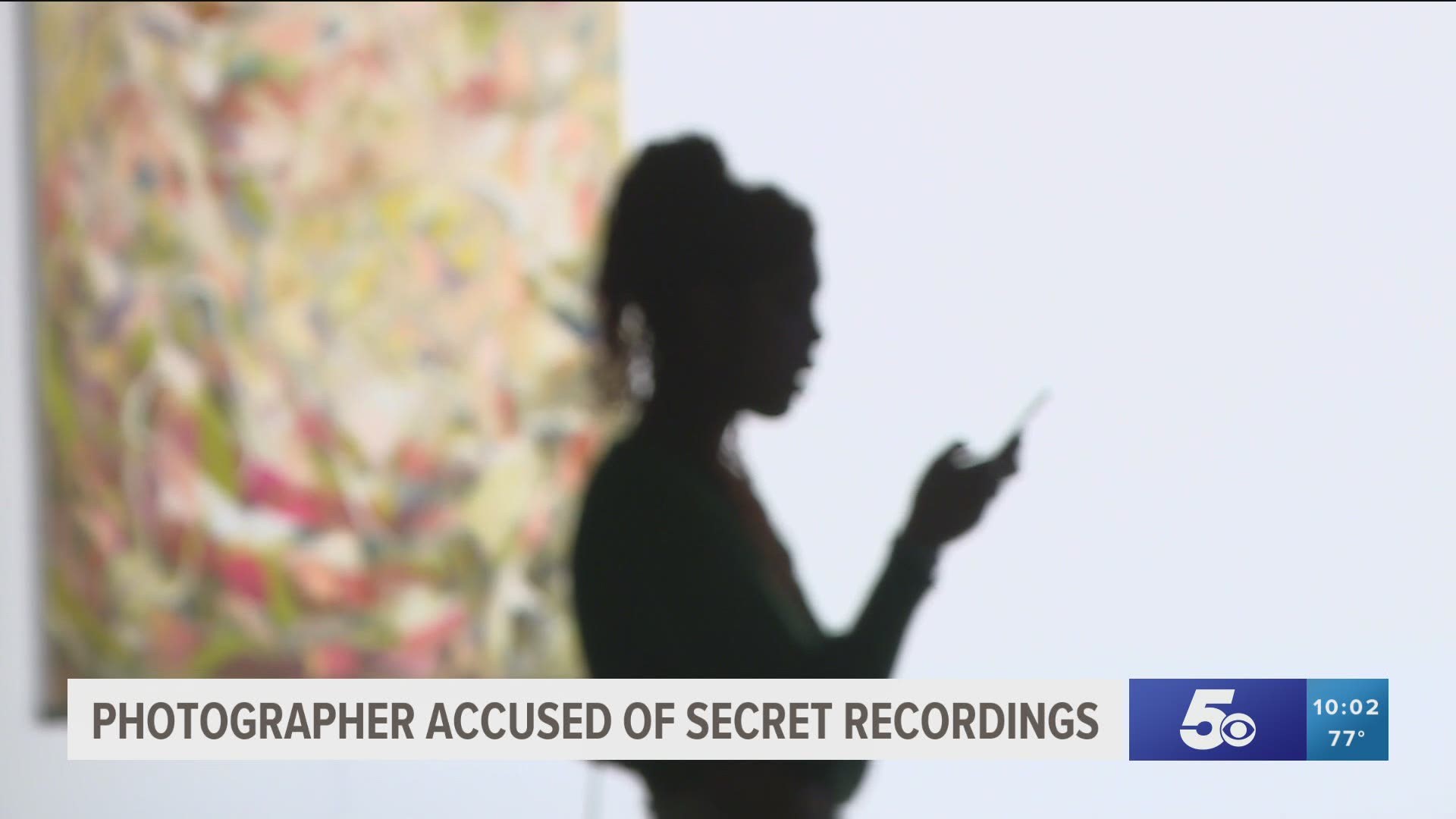 FAYETTEVILLE, Ark — NWA Fashion Week is asking models to come forward following allegations against a photographer who they worked with after four hidden cameras were allegedly found in his professional studio.

Fayetteville Police have confirmed that they have an open investigation, but say they cannot go into any more details at this time.

5NEWS is not naming the photographer at this moment because they have not been arrested or charged at this time.

Officials say the photographer has worked at NWA Fashion Week on multiple occasions.

“What we are trying to do is learn what we missed,” said Robin Atkinson, CEO of NWA Fashion Week.

Atkinson says she was notified of the incident Friday (Aug. 7) after a model told her that she had found hidden cameras in a studio. She then assisted in calling police and information other models of the situation.

“For us, it was about making sure that the people who needed to know first knew and then expanding our circles of knowledge to the point that we have now made a public statement,” Atkinson said.

Jessica Angelica believes she may have been one of those secretly recorded. She says police tell her they have more evidence to go through before they can confirm whether or not she was filmed.

So far in the investigation, no evidence of video voyeurism has been discovered during NWA Fashion Week.

5NEWS does not typically identify potential victims of an alleged crime such as this, but Angelica says she wanted to come forward in hopes that others will too.

"I feel no shame, I feel no guilt, I don’t want the girls to feel any shame or guilt either because this is absolutely 100% not on them, they are not at fault they are definitely victims,” Angelica said.

Atkinson says some photos were from one-on-one photoshoots with the photographer, which she says has become a common practice.

“Until this news came out it didn’t seem suspicious, it now seems very suspicious,” Atkinson said.

Fayetteville Police are currently investigating these claims and will not comment further.

NWA Fashion Week officials insist that models that think they may have been photographed to contact Dana Scoot with Victim Services Program for Washington County.

RELATED: Winslow man sentenced to 10 years in prison for attempting to entice a minor for sex