Nancy Williams confessed to the police that she shoved a baby wipe down the infant's throat to get him to stop crying, according to court records. 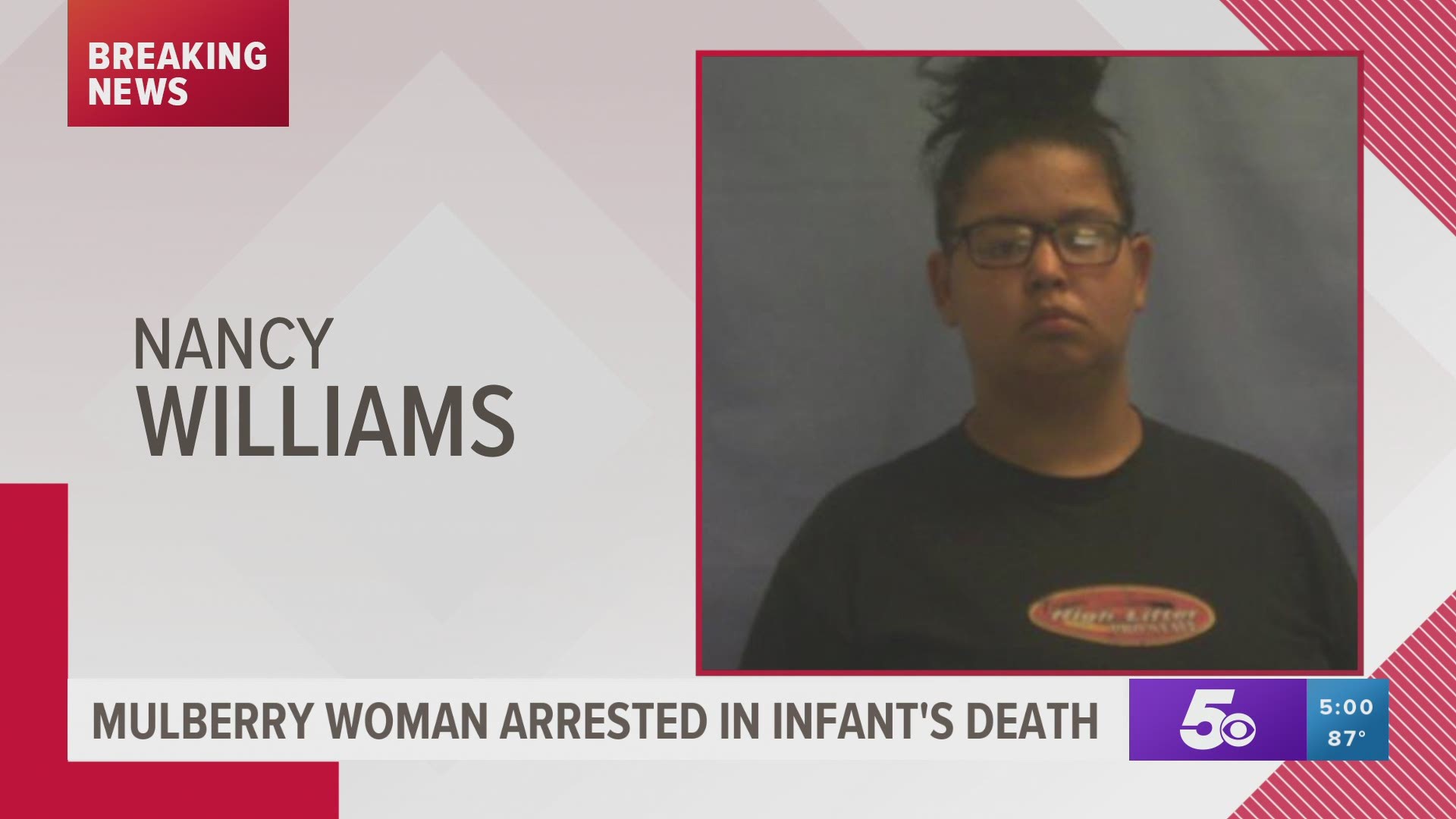 CRAWFORD COUNTY, Ark — A Mulberry woman was arrested for the alleged murder of her infant.

According to Crawford County Jail records, Nancy Williams was arrested on Friday (Sept. 4) on a First Degree Murder charge.

Court records state on Thursday (Sept. 3), first responders and Mulberry Police responded to a call about an unresponsive 2-month-old child.

After they arrived, first responders attempted to do CPR on the infant and "swept" his mouth and did not find any foreign objects. They suspected that something was lodged in the infant's airway.

First responders then found an object deep in the infant's throat, barely visible according to court records.

They found that the object lodged in the infant's throat was a baby wipe. They removed it but were unable to save the child's life.

That day police interviewed Williams, the infant's mother, who said that she cut the child's gums with a bottle and attempted to stop the bleeding with a baby wipe.

Police found one baby wipe at the residence with blood on it, along with the baby wipe that was found in the infant's throat.

On Friday, William's confessed to the police that she shoved a baby wipe down the infant's throat to get him to stop crying, according to court records.

Williams told police that the baby was screaming and would not quit crying, and she did not want to wake her husband, so she forced a bottle into the child's mouth, cutting his gums. She said that caused the baby to scream more, and she just "wanted him to stop," court records state.

Williams stated that she pushed hard to make him stop bleeding and crying. She told police that when she was no longer able to see the wipe and was unable to remove it, she panicked and woke up her husband, saying the baby was not breathing.

When asked why she did not tell anyone about the baby wipe, Williams allegedly stated that she "had other things on her mind," according to court records.

Williams is currently being held at the Crawford County Jail on a $1 million bond.