Marcus Davis was convicted of attempted first-degree murder and more for shooting his team leader at Bimbo Bakeries in October 2019. 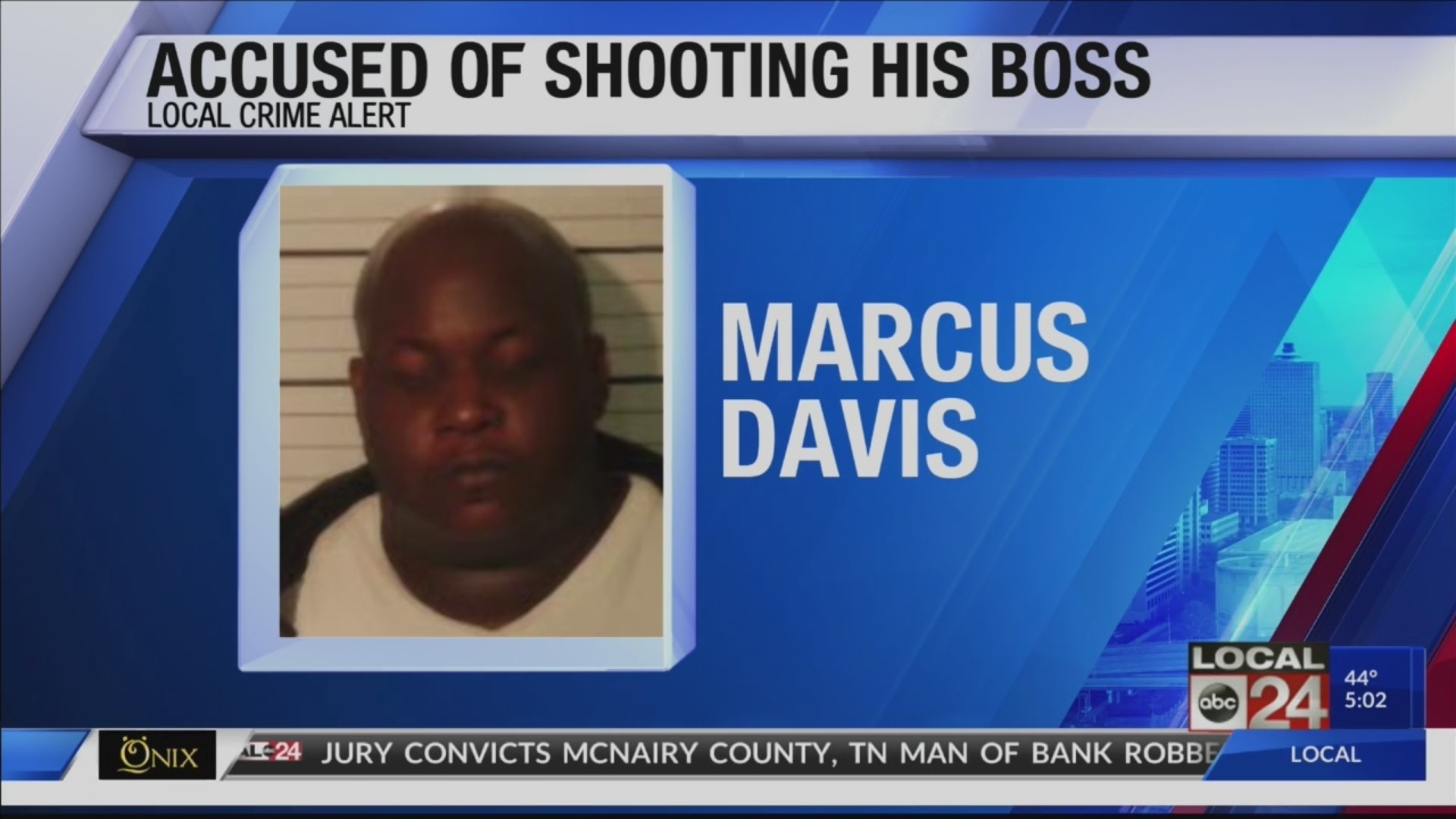 A Criminal Court jury deliberated 30 minutes and convicted Marcus Davis, 40, as charged, of attempted first-degree murder and employment of a firearm in the commission of a dangerous felony.

He is scheduled to be sentenced on Aug. 19 by Judge Bobby Carter.

According to testimony, on the afternoon of Oct. 18, 2019, Davis got into an argument with his team leader at Bimbo Bakeries on Fleetbrook. The argument briefly became physical, and Davis then pulled a pistol from his waistband and fired several shots. The incident was captured on security video.

The team leader, age 29, was struck in the chest and left arm, and was hospitalized in critical condition. Davis fled, but turned himself in to authorities 12 days later.

10/31/2019 - A Memphis man is charged with trying to kill his manager during an argument over workplace issues.

Marcus Davis is charged with attempted first-degree murder, being a convicted felon in possession of a handgun, and employment of a firearm during commission of a dangerous felony.

According to the affidavit, police say it all happened about2:00 p.m. on Friday, Oct. 18th, at Bimbo Bakery in the 3000 block of Fleetbrook. Investigators say Davis had begun arguing about management issues with his team leader when the fight became physical. Police say Davis then pulled a gun from his waistband and shot the manager two times, in his arm and chest.

The victim was taken to Regional One in critical condition.

Police say the entire shooting was caught on surveillance cameras.

Investigators say Davis is a convicted felon with a prior theft conviction. He remains behind bars without bond.