Poteau man arrested for Procuring Obscene Material from a minor

Stephen Newman allegedly received explicit photos and videos of a young girl in Idaho while chatting with her online. 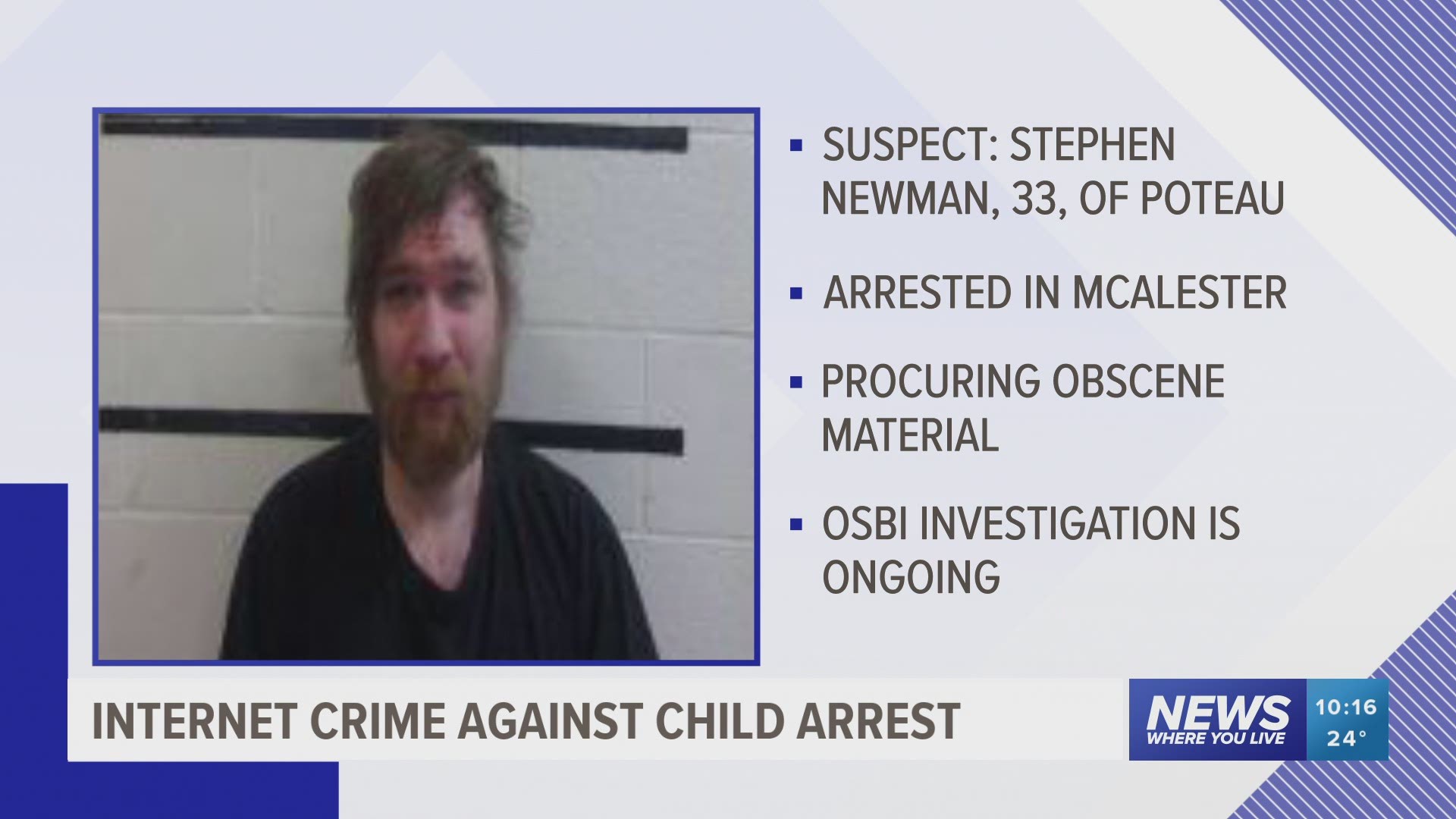 MCALESTER, Okla. — A Poteau man is behind bars after officers got a tip that he received explicit photos and videos of a young girl in Idaho while chatting with her online.

According to the Oklahoma State Bureau of Investigation (OSBI), agents received a cyber tip from the National Center for Missing and Exploited Children about 33-year-old Stephen Newman.

Newman was arrested by the McAlester Police Department on Nov. 20 on one charge of Procuring Obscene Material, which is a felony.

Law enforcement in Idaho secured a search warrant for the email account associated with the cyber tip. The IP address checked back to a residence in the 700 block of S. Saddler in Poteau, Okla.

Newman was a listed as a resident of that address. During the course of the OSBI investigation, a search warrant was secured for all electronic devices in the home.

Based on the evidence, officers with the McAlester Police Department arrested Newman at a residence in McAlester. He was taken to the Pittsburg County Jail on a $100,000 bond.

The OSBI investigation is ongoing. If you have a child that you believe had an inappropriate experience with Newman, contact the OSBI at (800) 522-8017 or tips@osbi.ok.gov.

If you suspect a child is being sexually exploited, contact the National Center for Missing and Exploited Children immediately at 1-800-THE-LOST or www.cybertipline.com.