A man is behind bars for allegedly firing several rounds into a home in Fort Smith over the weekend. 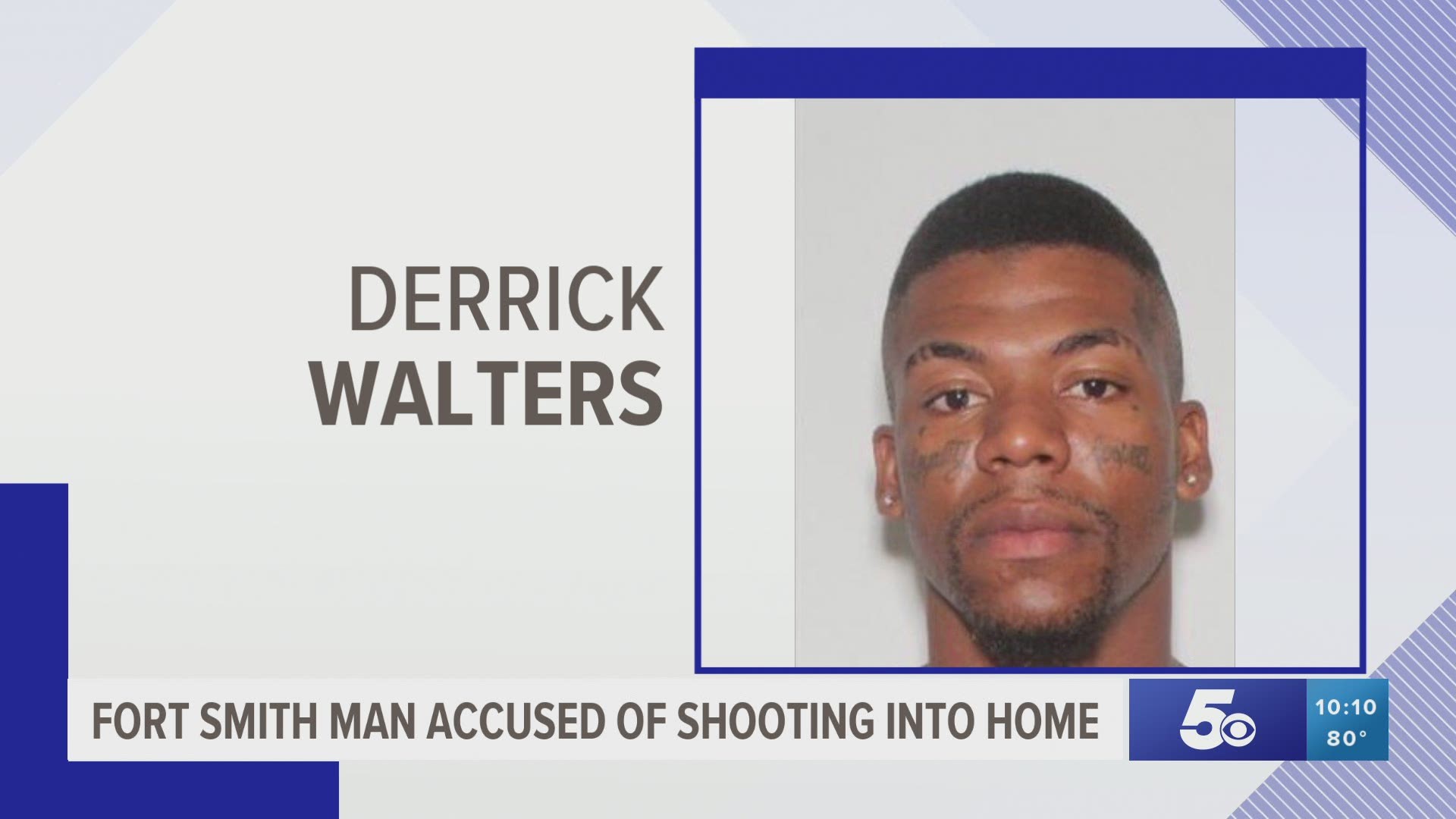 FORT SMITH, Ark. — A man in his early 20s was arrested Tuesday (June 30) for allegedly firing several rounds into a home in Fort Smith over the weekend.

Once on the scene, officers learned that several rounds had been fired into the windows of a home on the street.

Police searched the area for a suspect and gathered evidence at the scene.

Following an investigation, officers obtained an arrest warrant for 21-year-old Derrick Walters for four counts of a Terroristic Act, according to Aric Mitchell with the Fort Smith Police Department.

On Tuesday, the members of the Criminal Investigations Division located Walters at a home on Summit Drive. A search warrant was obtained and served, and Walters was arrested without incident.

Walters has been booked into the Sebastian County Jail for his warrant.

RELATED: Can Arkansans conceal carry while wearing a face mask?