The man killed has been identified as 21-year-old Chase Reel of Russellville, according to Fayetteville Police. 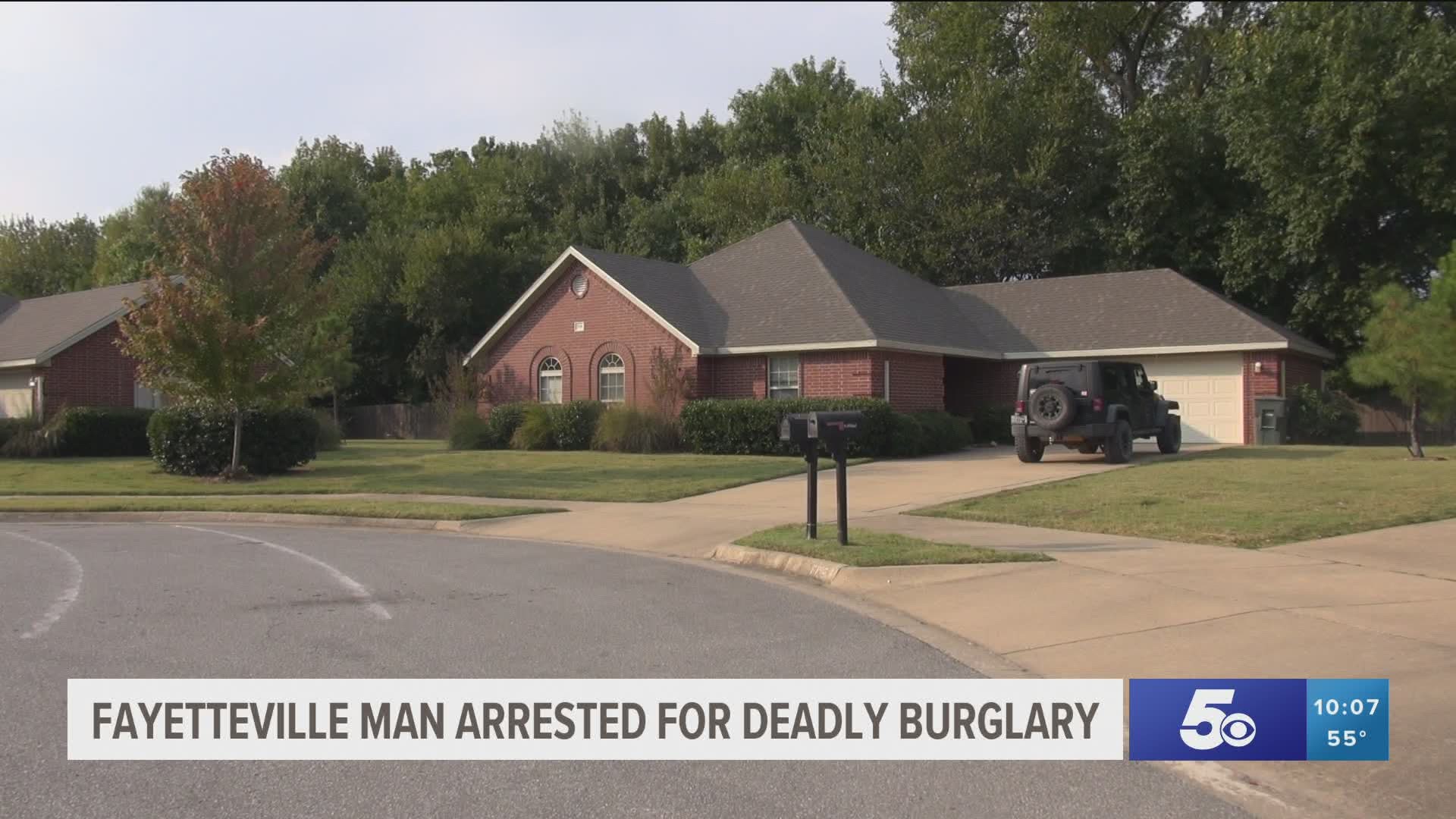 FAYETTEVILLE, Ark. — Police responded to a burglary with shooting involved in the 2500 block of W. Cornerstone in Fayetteville Saturday (Oct. 3).

The 911 caller was a resident of the home and told dispatchers an unknown male was inside the home with a gun. While on the phone, the caller reported hearing a gunshot.

When officers arrived, they found the suspect who has been identified as Travis Trustin, 24, being held down by friends of the victim in the back yard of the residence. Then, they found a male dead inside the home from an apparent gunshot wound to the chest.

The man killed has been identified as 21-year-old Chase Reel of Russellville, according to Fayetteville Police.

The second victim said he arrived at the home at around 1 a.m. and saw someone inside the house and thought it may be a friend. He entered the home, and the suspect held him at gunpoint in the living room for approximately 30 minutes.

After about 30 minutes, residents and witnesses to the crime arrived at the house and saw one of the victims inside with the suspect. The victim would not move or answer the locked front door. The resident walked around the house and kicked in the back door after not having another way to get in.

Trustin was transported to the police department. Trustin admitted to entering the home through the open garage. He said he shut the garage door and when a male arrived at the house, he held him at gunpoint. Trustin said another male kicked the back door later and he pointed a rifle at him. Trustin said he shot one of the victims with a pistol he got from one of the bedrooms inside the house.

Trustin said he ran out of the house and that's when he was tackled to the ground by someone else. During the interview, Trustin got out of his seat,  positioned himself near the door, opened it, and attempted to flee.

Trustin was then taken to the ground and restrained in handcuffs and was taken to the Washington County Detention Center for booking.

Trustin was arrested for Captial Murder for shooting and killing Reel while in the commission of an Aggravated Residential Burglary and Kidnapping, and for Second Degree Escape.

Trustin has been in trouble with the law before. He has had multiple theft and drug-related charges from 2019.

"The individuals who were able to subdue the suspect are heroes. They really went above and beyond and rose to the challenge of this tragic situation. Who knows what would have happened if Trustin got any further with the gun." said Sgt. Anthony Murphy with the Fayetteville Police Department.