21-year-old Austin Shelly of the Hackett area was arrested for Aggravated Assault. 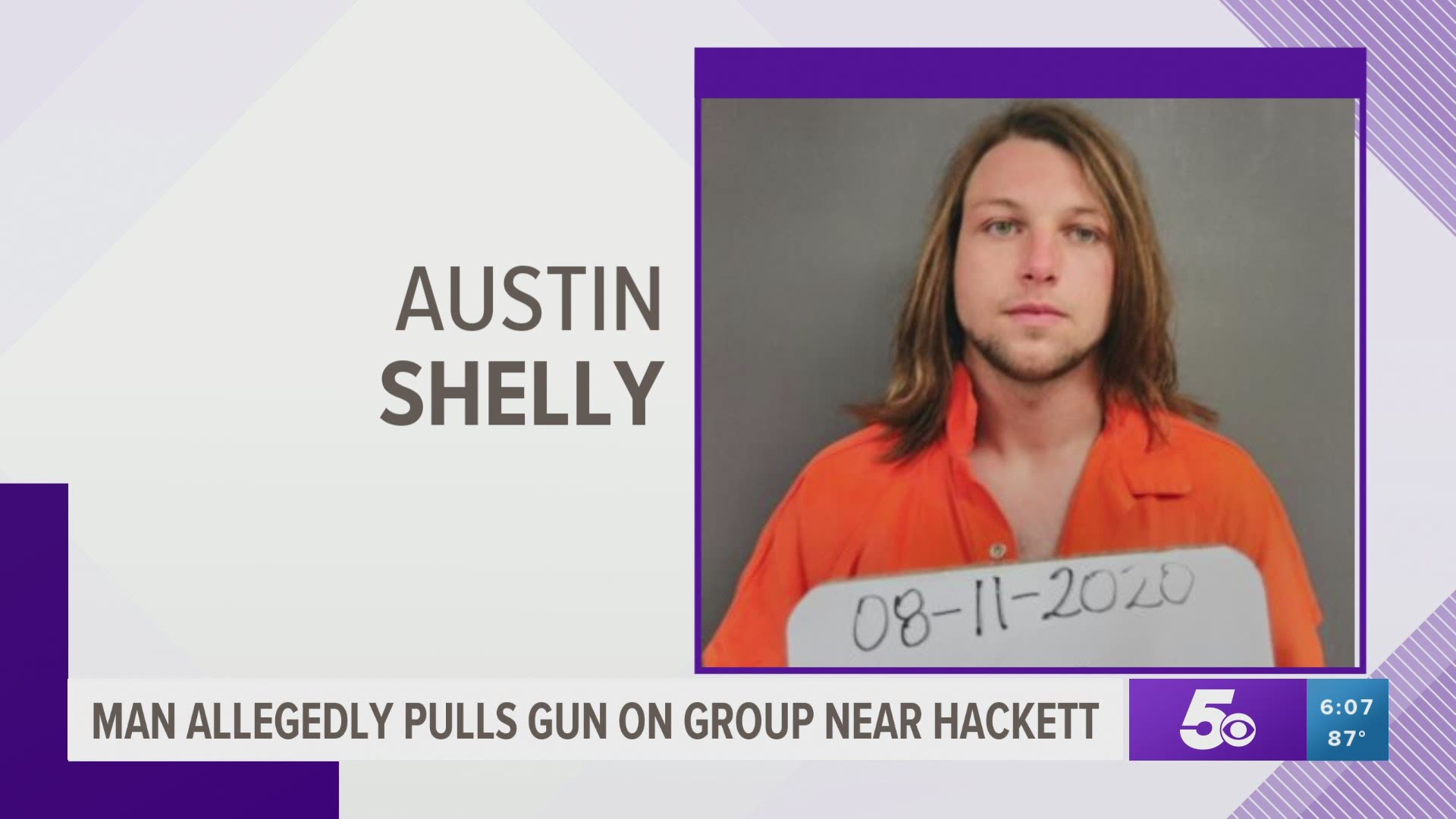 HACKETT, Ark. — One man was arrested for allegedly pulling a gun on local utility workers.

On Tuesday (Aug. 11) around 10 a.m., War Eagle Line Service utility workers just north of Hackett reported a man pulled a handgun on them as they were doing their job, according to a police report.

According to the workers, they were working on utility lines in the area of Berry Lane when they noticed a Ford Mustang drive up and down the road in their area.

The vehicle passed by them several times recklessly driving, speeding and the driver was yelling, according to the report.

The foreman of the crew told police they were uncomfortable with the situation and decided they would clear from the area. As they gathered their equipment to leave, they saw the driver of the Mustang in a yard in the 9400 block of Berry Lane.

The workers stated the man saw them and went quickly into a mobile home. He returned and stood on the porch with what they described as a shiny silver pistol. The man was allegedly waving the gun around.

The workers left the area and called law enforcement.

Deputies responded and arrested 21-year-old Austin Shelly of the Hackett area for Aggravated Assault. Shelly is currently in the Sebastian County Adult Detention Center with no bond.

The silver pistol was not found at the scene, according to the report.

A search warrant was obtained for the mobile home and upon searching, deputies found two more rifles in the home which belonged to Shelly’s grandmother, 57-year-old Margie Shores.

Shores is a convicted felon and was charged with two counts of Possession of Firearms by Certain Persons. She bonded out of SCADC on the same day.

A pistol was recovered during the search and turned out to be a toy gun.