Tacori Mackrell has been sentenced to life in prison after being found guilty in the 2018 kidnapping and murder of Elvia Fragstein. 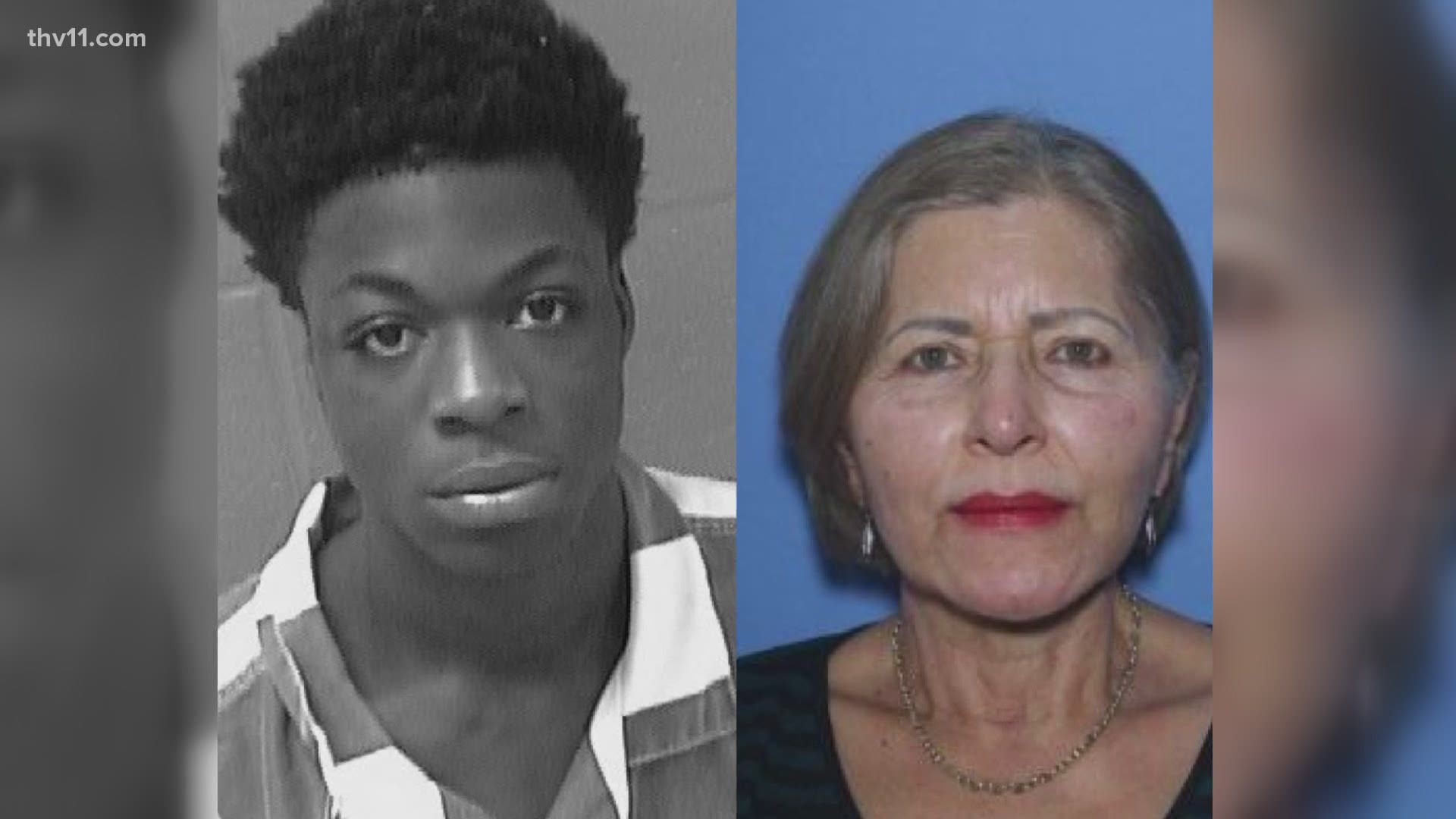 CONWAY, Ark. — Tacori Mackrell has been sentenced to life in prison for kidnapping and killing 72-year-old Elvia Fragstein.

The jury came to its decision after about 2.5 hours of deliberations on Wednesday.

Mackrell admitted to kidnapping Fragstein from a TJ Maxx in Conway in 2018 then killing her and dumping her body in Jefferson County.

After receiving his sentence, Mackrell told the courtroom "I want to tell Ms. Fragstein's family I am truly sorry and hope they forgive me."

Mackrell was convicted of capital murder, kidnapping, aggravated robbery, and theft of property. The capital murder conviction carried a punishment of either life in prison or the death penalty.

Mackrell's defense attorney said he was "elated" by the jury's decision.

"We started this trial wanting one thing and that was life, and that's what we got," defense attorney Bill James said.

"We understood the realities of the case, and we wanted to make sure there was no more death in this case."

"We respect the jury's decision," Crews said. "This was an incredibly heinous crime, so it was really our honor to fight for the family in court and fight for this community, and at the end of the day we think justice was done."

The trial for Robert Smith, Mackrell's cousin and the co-defendant in this case is set for early November.